👤by Matthew Hodgson  Comments 📅11-10-19
Conclusion
The aesthetics of the board are a little more obvious than some other offerings, particularly with the bright silver and white sections that would stand out, but saying that, if you paired it up with some white fans, a white RAM kit and a black/white GPU, it could end up looking fantastic.

Including eight SATA 3.0 ports and a pair of M.2 slots gives the option to add plenty of storage, and thanks to the PCI-E 4.0 specification, incredibly fast NVMe SSDs can be used. However, the large M.2/FCH heatsink, due to its one-piece design, wont be suitable for either of the currently-available PCI-E 4.0 compatible SSDs because of their integrated heatsinks.

Helping to reduce costs, ASRock have removed features that some users may not need, such as WiFi, Thunderbolt 3 and U.2 support, but thats not to say they havent provisioned the possible installation of those things. WiFi can be added for roughly £20 in the UK and similar elsewhere in the world, with the rear I/O shield having pre-punched holes for antennas. You can also add Thunderbolt 3 via an ASRock add-in card via the onboard header and U.2 drives are supported via an adaptor, if you happen to need such support. Of course, it would be nice for those things to be standard but it would inevitably increase the base price of the product.

Build quality also appears to be another area where corners have been cut, so to speak. For instance, the cast aluminium heatsinks on the board are of a poor quality, with clear evidence of the casting techniques that couldve been cleaned up and made more presentable. Of course, that wont affect their performance in any way so it would be entirely cosmetic. 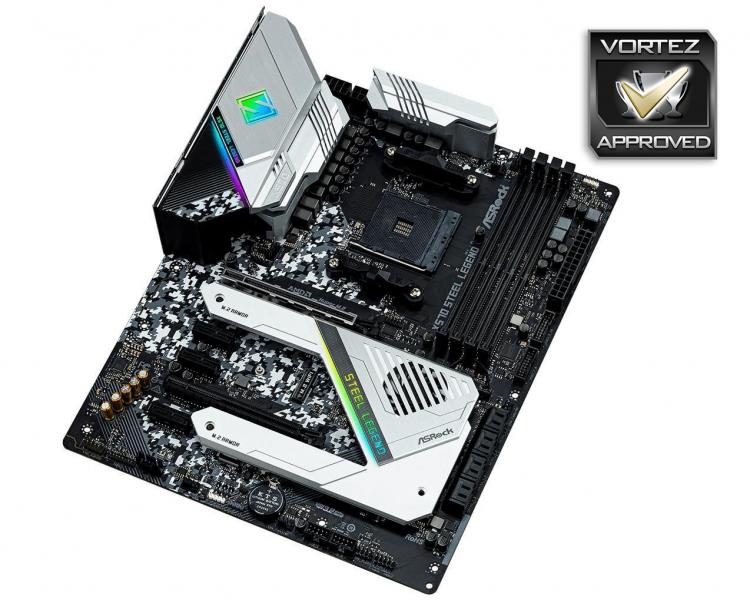 As an entire product, the X570 Steel Legend is well-rounded and offers good value for money paired with all the baseline performance of more expensive solutions.