👤by Matthew Hodgson  Comments 📅12-07-19
Conclusion
Aesthetics are entirely subjective but we dont really appreciate the unique style adorned across the motherboard. The extensive RGB lighting is nice and all, but contrasting that against an industrial style with the cogs on the FCH, just isnt our cup of tea at all. However, that is purely personal and your opinion will likely differ. That being said, this is, by a long way, the best looking Taichi board yet, so there is that.

Performance is rarely chart topping, but its quite often in second place, with first place in our graphs chopping and changing between different manufactures. So, while its not the best motherboard weve tested, its definitely one of the most consistent of the bunch. And theres no test in which it struggles noticeably, always putting in a decent performance.

Connectivity is good on the rear IO, with a decent selection of USB 3.2 Gen. 1 + Gen. 2 ports and the clear CMOS button is handy considering the awkward removal of the PCI-E heatsink to get to the battery, but something weve seen on other offerings at the same price point is a multi-gig ethernet connection which the X570 Taichi lacks.

The large heatspreader surrounding the PCI-E slots is large and cumbersome but should do a reasonable job of dissipating heat away from power-hungry NVMe 4.0 drives. However, its awkward to remove and requires a T8 screwdriver that theyve included, but if that somehow goes missing, you may be out of luck. Secondly, the FCH fan, responsible for keeping the chipset cool is fixed at 100% RPM; its not particularly loud but the noise is piercing and after several hours of running the motherboard during our tests, we couldnt wait to finish up and move onto the next product. Until ASRock fix that in their firmware/BIOS updates, we cant recommend the motherboard unless your case is incredibly soundproof or you dont mind fan noise.

As weve found during our testing of the X570 chipset, its not particularly energy efficient compared to the X470 chipset, but ASRock seems to lose out the most on this front. Idle draw is around average but at load, its 7W higher than anything else and over 30W higher than the GIGABYTE 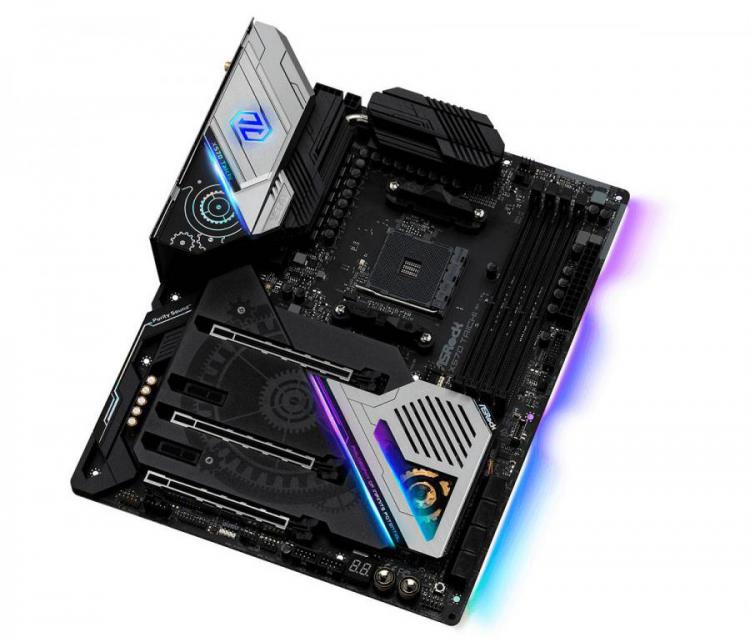 The ASRock X570 Taichi is a premium offering from a high-end motherboard manufacturer but the long and short of it is, it falls a little before the mark. The FCH fan is also terrible and must be addressed by ASRock.