👤by Matthew Hodgson  Comments 📅18-09-19
Closer Look
With the new X570 chipset, the AM4 socket remains. The X570M Pro4 is compatible with 2nd and 3rd Gen. AMD Ryzen CPUs, but no official support for the 1000-series.
Providing power to the processor is a 10-phase power supply equipped with ASRocks premium 50A power chokes for up to three times the current saturation for enhanced CPU vCore. 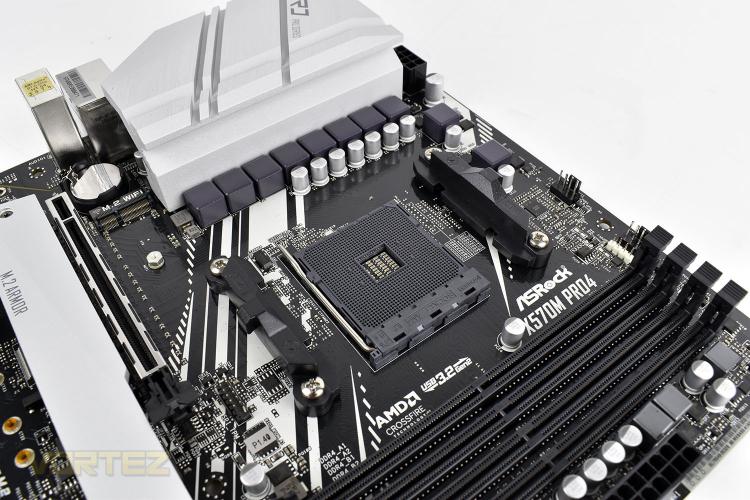 ASRocks X570M supports up to 128GB of DDR4 at speeds up to 4200MHz across the two memory channels, providing a 3rd Gen. AMD Ryzen processor is installed.
Directly alongside the DIMM slots is the 24-pin motherboard power and a USB 3.0 front header. 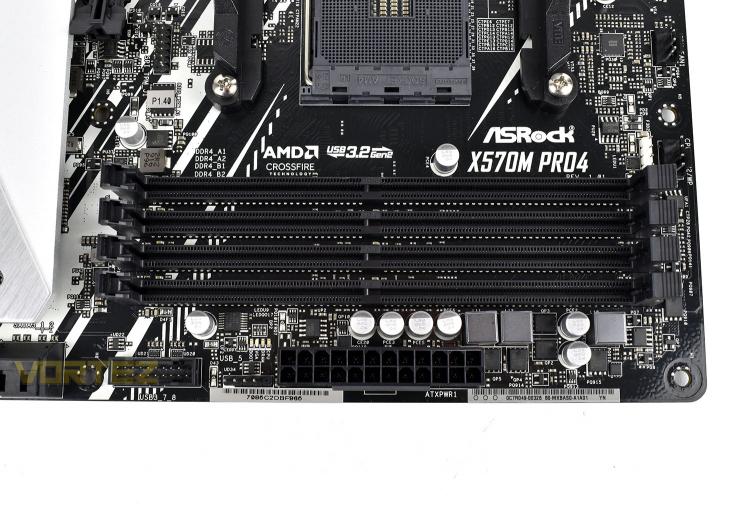 So as not to limit system storage, ASRock have equipped the board with six 90° SATA ports and two upright SATA ports directly south of the FCH fan. 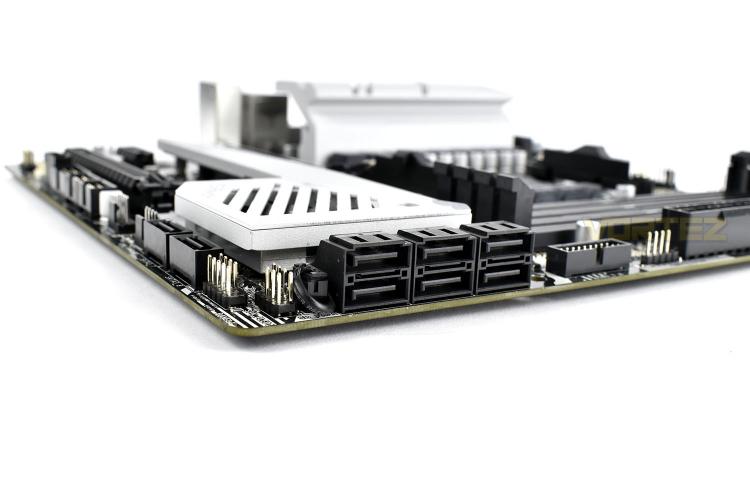 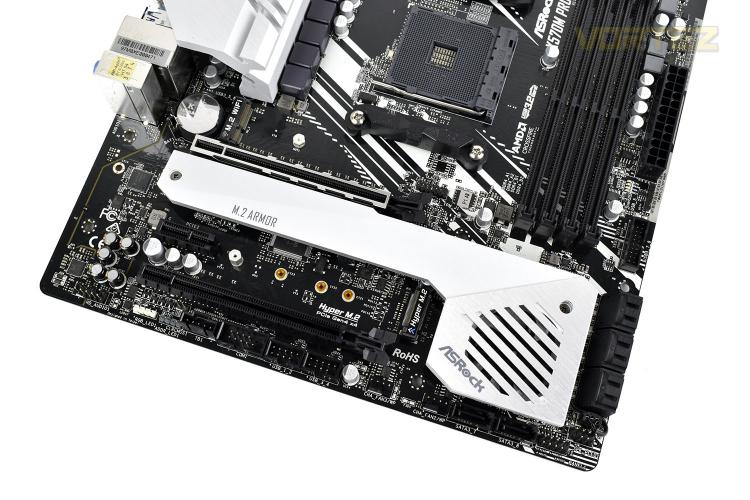 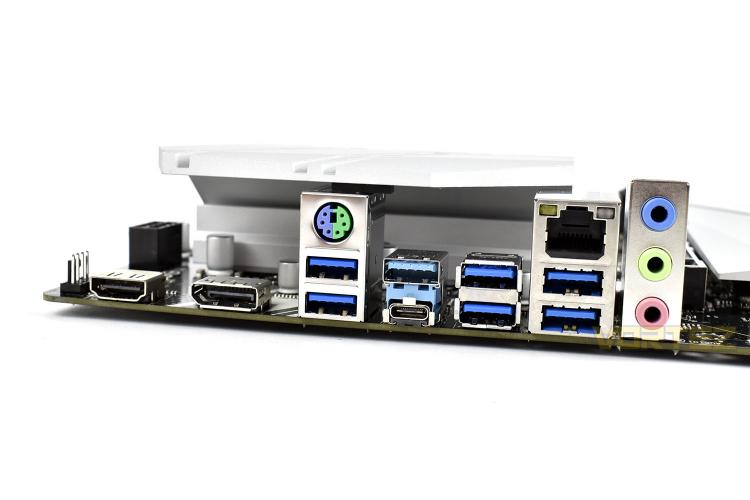