When the ASRock Extreme series of motherboards first hit the stores, most enthusiasts were forced to sit up and pay attention. Not because of the black and gold theme but because of the fantastic use of components and board layout making the ASRock mainboards very powerful yet user friendly. This great combination has allowed novice overclockers to maximise their components potential while they can also boast to having one of the best looking motherboards around.

We at Vortez have held the Extreme family in high regard. Indeed, there mainboards and our awards have a common theme - Gold which is an award we don't give out too easily. Our previous X79 ASRock board is still high up in the performance charts despite it also being the smallest X79 mainboard we have reviewed thus far. The diminutive mATX motherboard impressed us throughout the review and held it's own against motherboards costing twice as much. 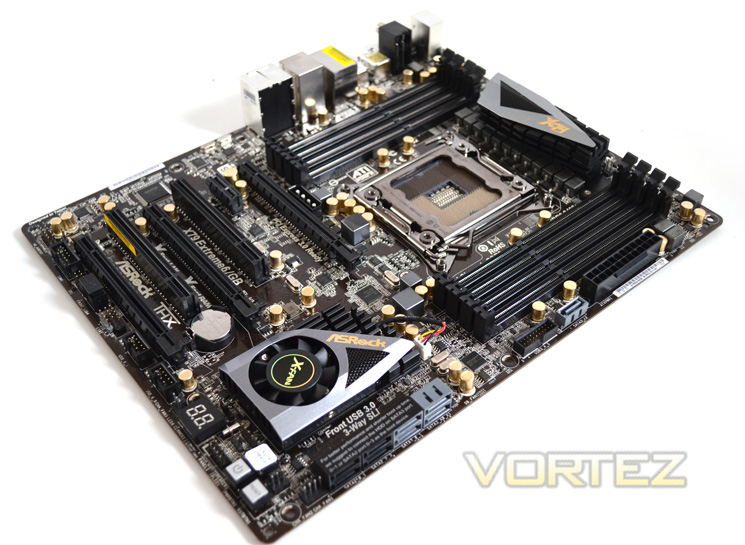 So then today we take a look at the mid-high end Extreme6 motherboard. this product comes in two guises, GB and non-GB. Today we will be reviewing the GB 'GameBlaster' version which as the title suggests comes complete with the GameBlaster Sound card. We have seen add-on sound cards bundled before, particularly with ultra high end boards so for the ASRock to include this in what is there mid-high end offering is something of a coup. With three SLI/Crossfire PCIe slots and 8xDIMM ports it is clear the Extreme6 means business so without further delay let's explore the specification of todays review sample.

ASRock Inc. is established in 2002, specialized in the field of motherboards. ASRock strives to build up its own brand. With the 3C design concept, Creativity, Consideration, Cost-effectiveness, the company explores the limit of motherboards manufacturing while paying attention on the eco issue at the same time, developing products with the consideration of eco-friendly concept.