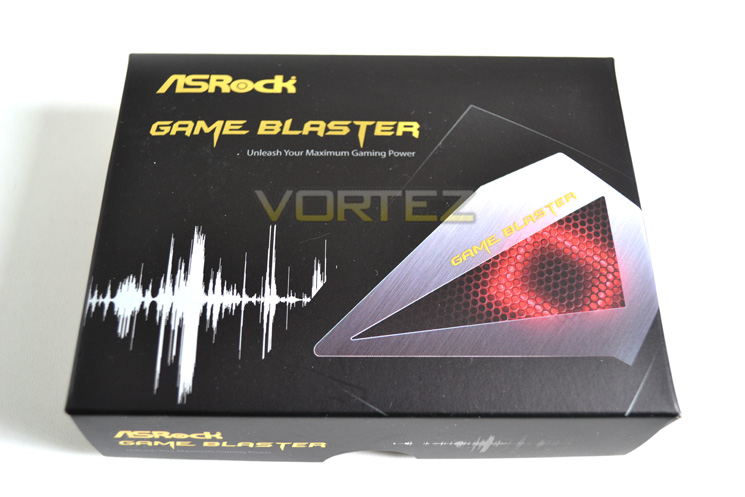 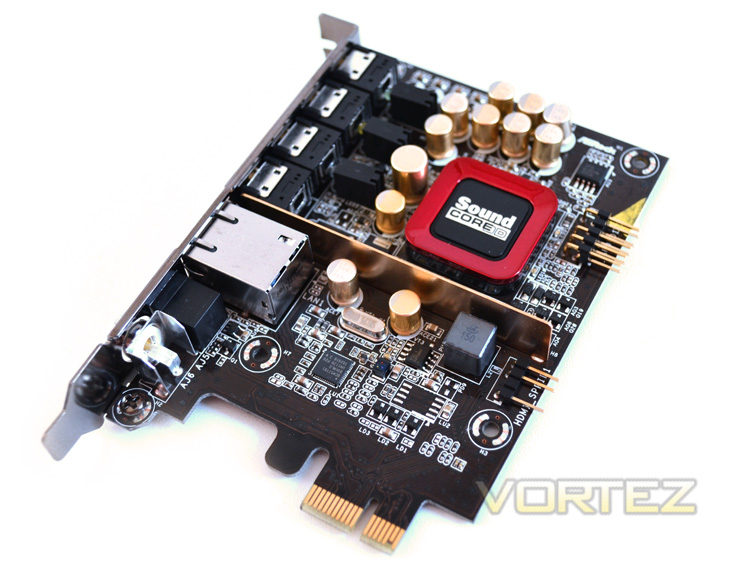 Game Blaster Internals
Stripping away the shielding of the Game Blaster care we find that the sound is taken care of by Creative judging by the small EMI shield on top of the chip. 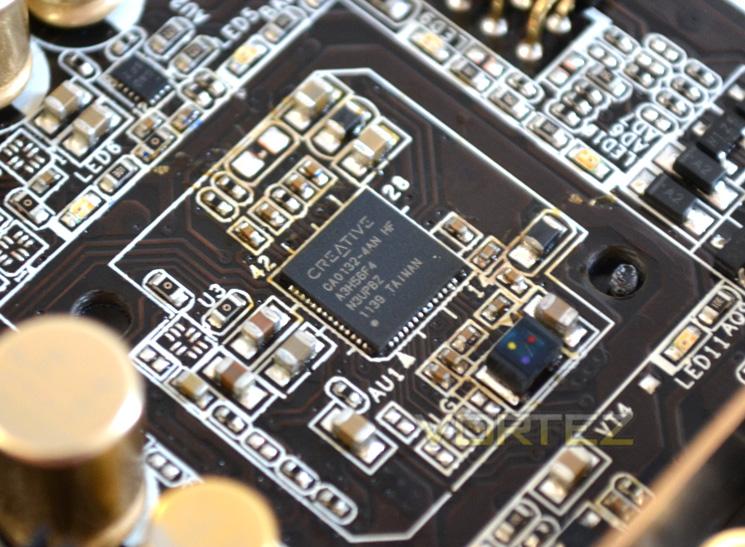 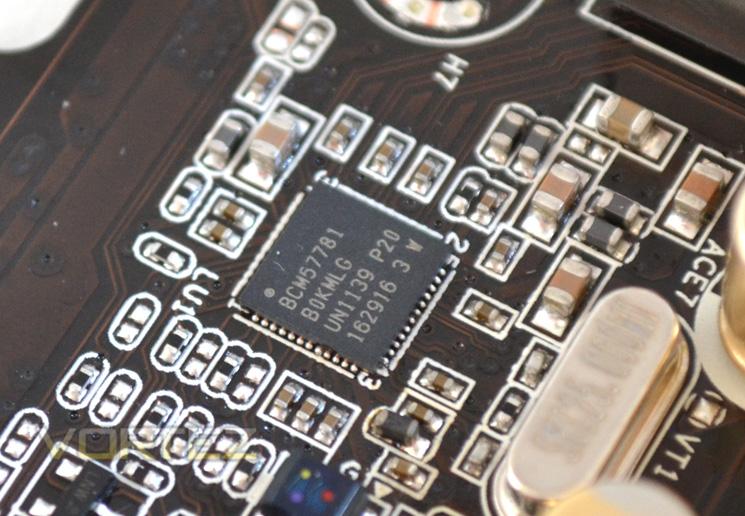 On-Board chips
The card is indeed powered by Creative with the Creative Sound Core3D (CA0132-4AN) chip found beneath the shield. We also see that the Ethernet port is powered by Broadcom's NetLink twelfth-generation 10/100/1000BASE-T Ethernet LAN controller BCM57781 chip. 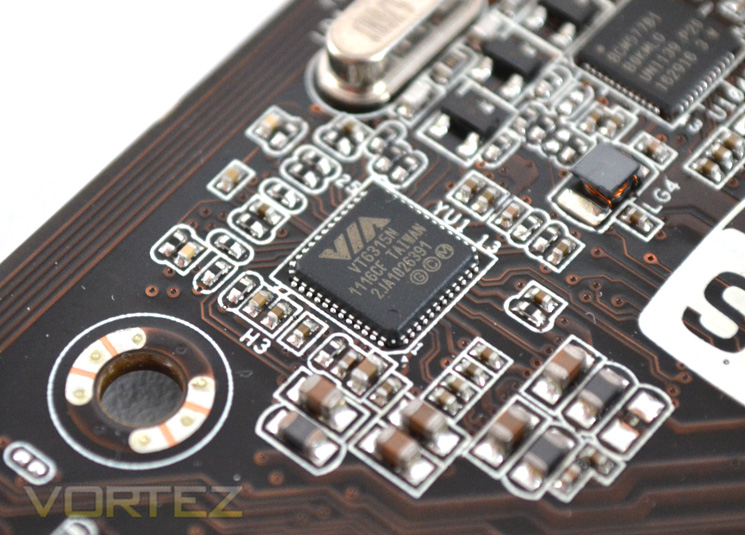 PCIe Firewire
The VT6315N chip is an integrated controller with PCI-Express x1 which integrates IEEE 1394a 2000 OHCI link layer controller. 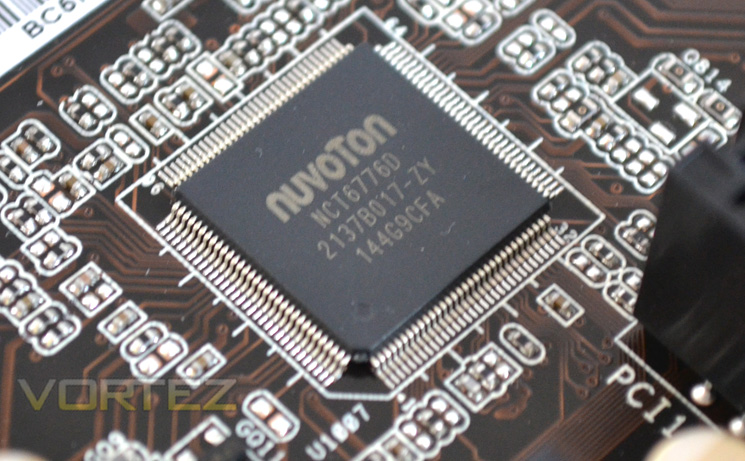 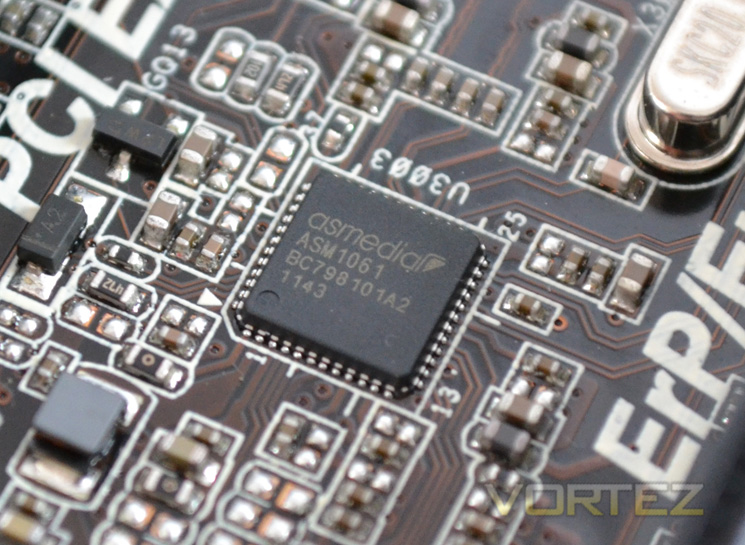 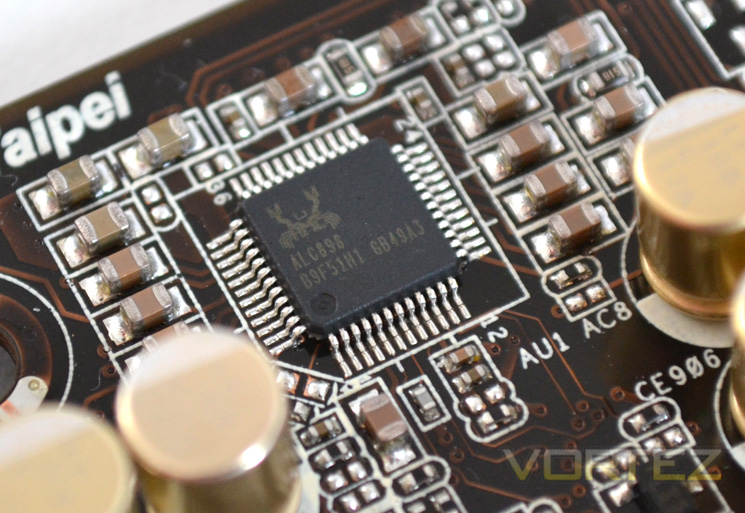 On-Board Sound
If you don't intend to use the Game Blaster and Creative Audio then fear not because On-board sound is also very good and is provided by Realtek's ALC898 Codec. 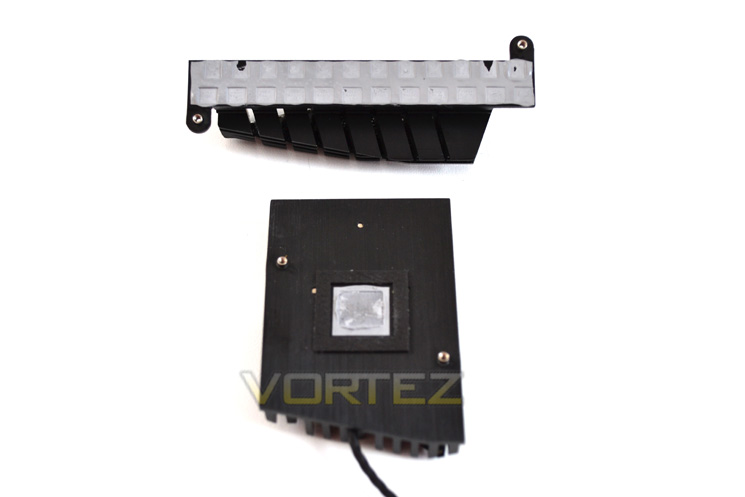 Heatsinks
Both heatsinks of the ASRock Extreme6 are independent of one another. Both heatsinks are coated aluminium with fancy shields attached with screws. The X79 chipset cooler uses paste as the TIM whereas the MOSFET cooler used thermal tape. Both heatsinks made good contact with their respective components. 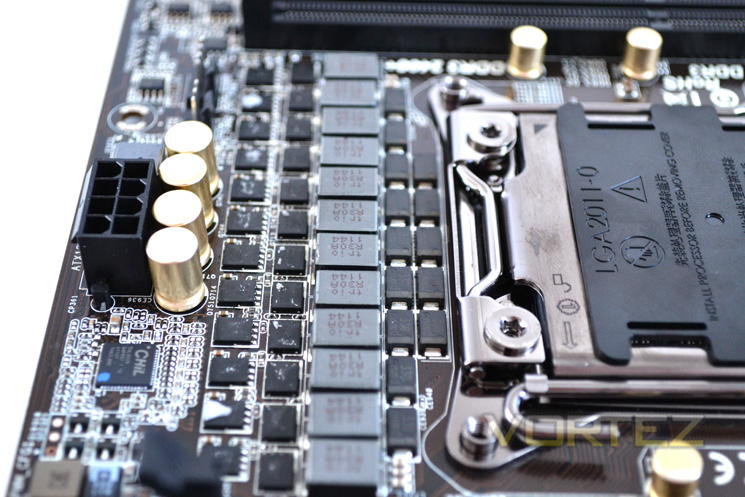 Voltage Regulation
The main VRM is made up of a 12+2 design. Tantalum core capacitors are joined by MOSFETs and chokes of the highest quality so while this is not the most advanced VRM we have seen on an X79 motherboard, no expense has been spared on the components used. A Separate CHiL controller see to the regulation adjustments allowing for a range of voltages to be set in the UEFI BIOS. 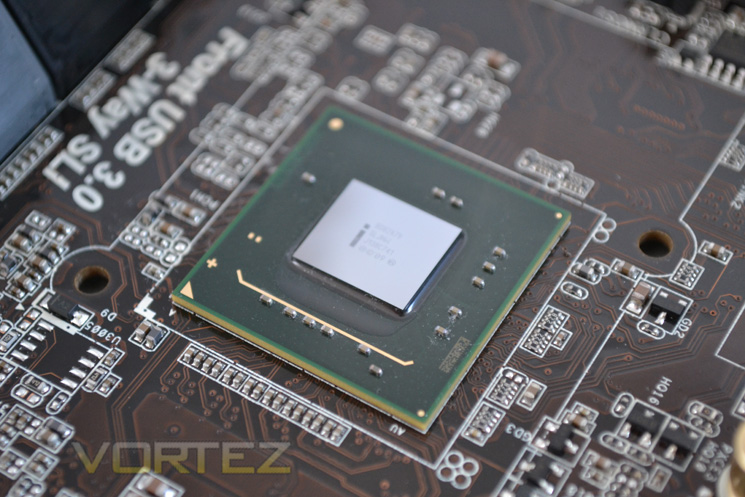 X79 Chipset
Finally, we reach the beating heart of the ASRock X79 Extreme6 motherboard, the X79 chipset. We have covered this fine piece of Intel technology in prior reviews so we won't cover old ground here but suffice to say, the X79 chipset is the choice of both overclockers and serious enthusiasts the world over - fitting for a motherboard with Extreme in it's product title.