ASRock have been around for a lot longer than many actually realise. Prior to LGA1155 ASRock were just beginning to gain momentum within the motherboard enthusiast market  showing promising products but perhaps lacking exposure and certain refinement. As soon as Sandy Bridge and LGA1155/P67 hit, ASRock were on hand to show their ambition, and that they were a worthy contender in a market that has fierce competition.

It was with the Z68 chipset that ASRock really kicked things off. Their refresh and new revision projected them directly into the mainstream and high-end segment - with a vengeance. Last year I had the pleasure of reviewing the Z68 Extreme4 Gen3  one of ASRocks mid-range offerings that oozed flare and finesse; so much so that many enthusiasts would come to own such a motherboard.

So today we are will be looking at the next step in ASRocks development. Intel recently launched their new Z77 chipset, paving the way for their newly released 3rd Generation Processors aka Ivy Bridge. Questions will surely arise, can ASRock extend their prowess with this new chipset; will the new Z77 Extreme4 handle Ivy Bridge well? We are here to answer all of your questions, so lets waste no further time and begin our analysis of Z77 Extreme4. 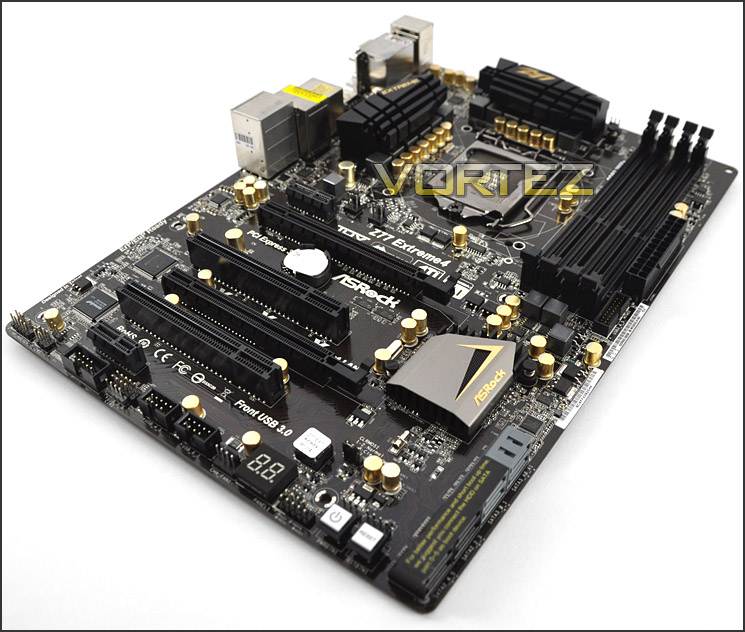 ASRock  on the Z77 Extreme4
ASRock Z77 Extreme4 is designed with a 8 + 4 Power Phase design. It features sturdy components and completely smooth power delivery to the CPU. Plus, it offers unmatched overclocking capability and enhanced performance with the lowest temperature for advanced gamers as well.