👤by David Mitchelson  Comments 📅11-06-13
Packaging & First Look
Something that becomes immediately apparent even on the packaging is ASRocks new elegant styling. It appears that with this new batch of Intel 8 Series motherboards, the emphasis is on minimalism compared to previous generations of motherboards. There is also a big push for ASRock A-Style.

As is typical of motherboard packaging, the reverse details more information surrounding the main features and the technical specifications are also listed too.

Inside, all of the items are well packaged and the motherboard itself is protected inside an anti-static bag. 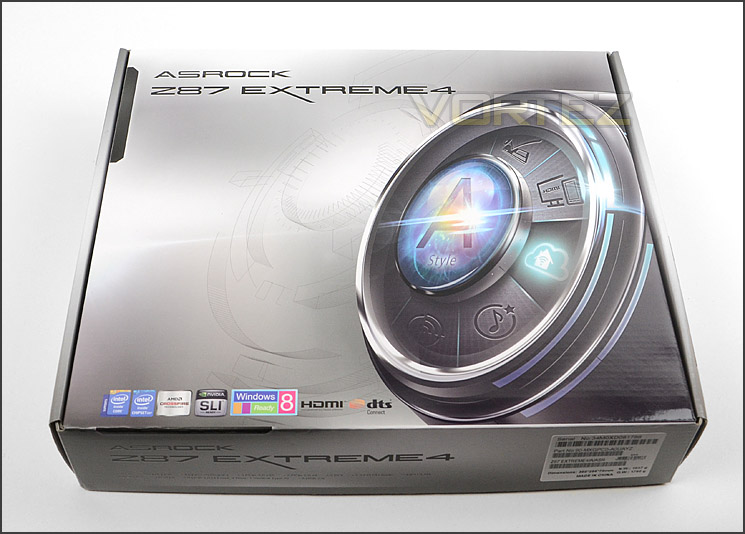 A change in styling for ASRock

Along with the motherboard, there are just a few other items included which are listed as: 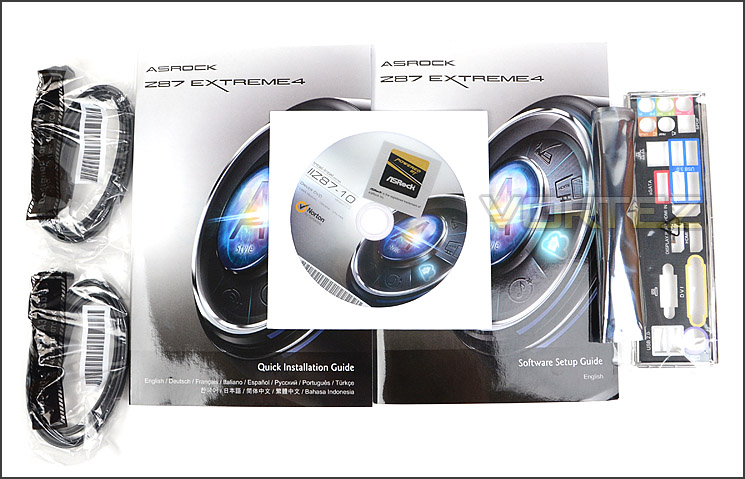 Our initial impressions of Z87 Extreme4 are somewhat varied. Compared to Z77 Extreme4 the styling is almost a step-back  the Z77 Extreme4 was the talk of the town  it attracted lots of attention due to its heatsink design and colour configuration. With Z87 Extreme4 its as though ASRock are playing things down. The motherboard PCB is much more brown in colour and the heatsinks are non-descript and quite dull.

There is certainly still appeal towards this motherboard, but comparing it to the predecessor we are slightly disappointed. 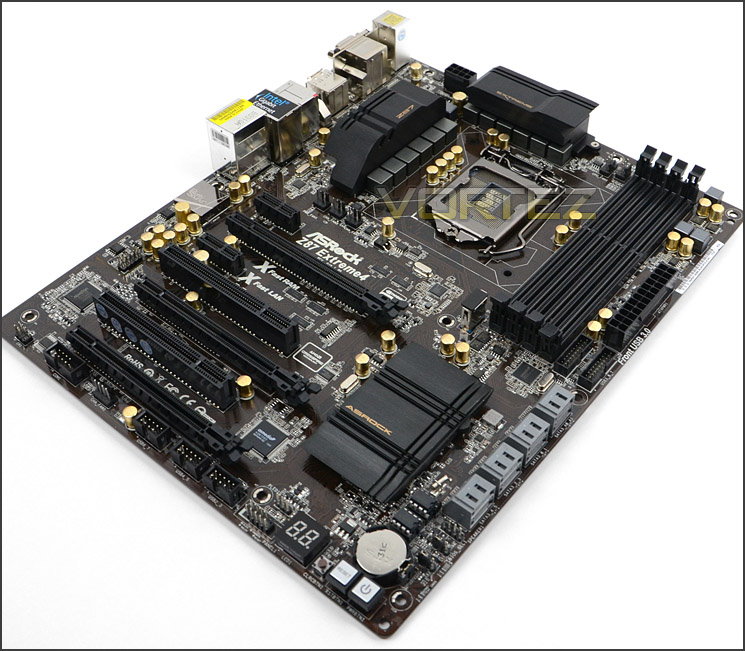 Black and gold is the order of the day

On the next page we will take a closer look at the various aspects of this board.