We take a look at Ubisoft's new stealth action adventure and see if it lives up to the expectations already set on the console.

Many gamers have waited for this title to be released on the PC format for some time now after the release date being set back further each month it approached. But it's finally here and features one of the most unique gaming worlds ever encountered. It gives the gamer the opportunity to explore a vast wilderness of characters through various cities in a quest across the  Holy Land  in the 12 th Century.

Each of the cities you explore features unique characters that can be interacted with and ultimately assassinated. You play as Altair, an elite assassin chosen to reduce the powers of the Saracens and the Crusaders in the 12 th Century. Part of a creed you soon learn that a plot is unravelling that threatens the Holy Land .

Not only are the characters unique in this game but each city has a vast variety of buildings which Altair can ascend up, gaining viewpoints to give greater insight into the city itself and allowing Altair to discover missions in different areas of the city. The beauty of this game is that you have the freedom to wander the streets, passing through crowds of people, and save innocent victims from town guards hounding them. Assassin's Creed has no limitations, go where you want to go, do what you want to do. 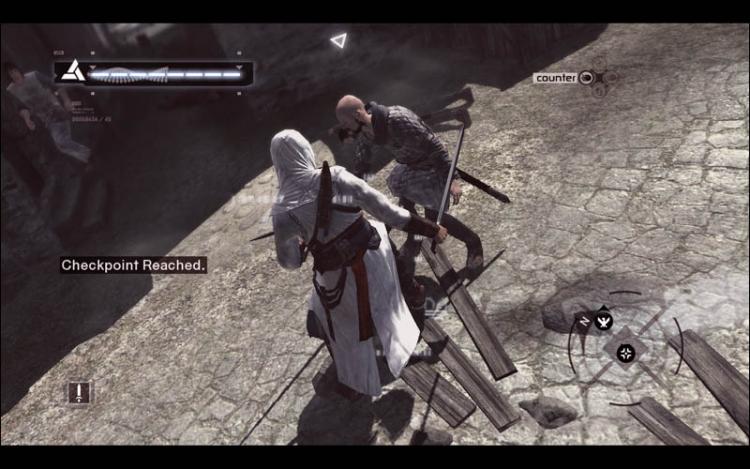 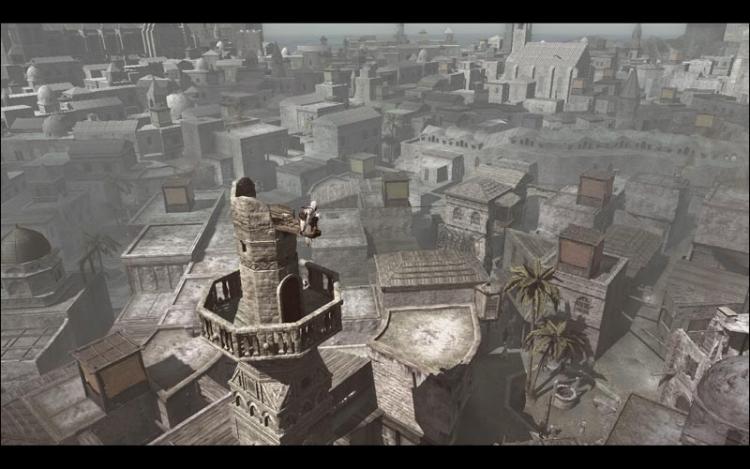 The visual appearance of Assassin's Creed is the most impressive element of the game. The shadows, textured objects and bloom effects will blow your mind away. Everything is just so beautifully rendered. So much so that it stretches your imagination and makes the whole experience much more of a reality. But with such a quality as this means that the system you need is going to be quite high spec. The minimum requirements alone are fairly surprising: 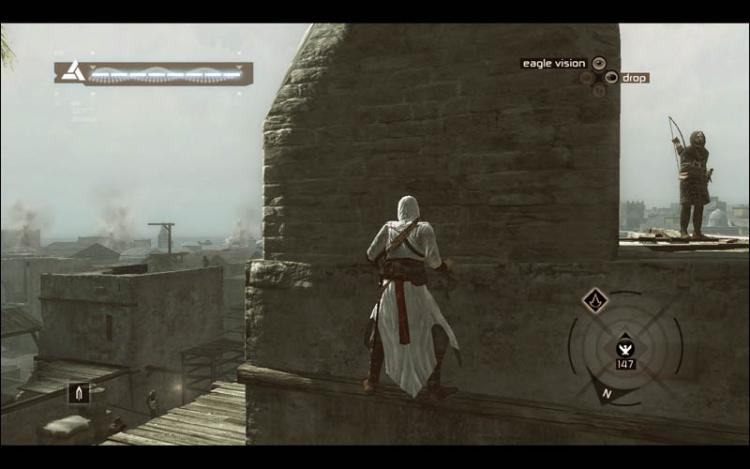 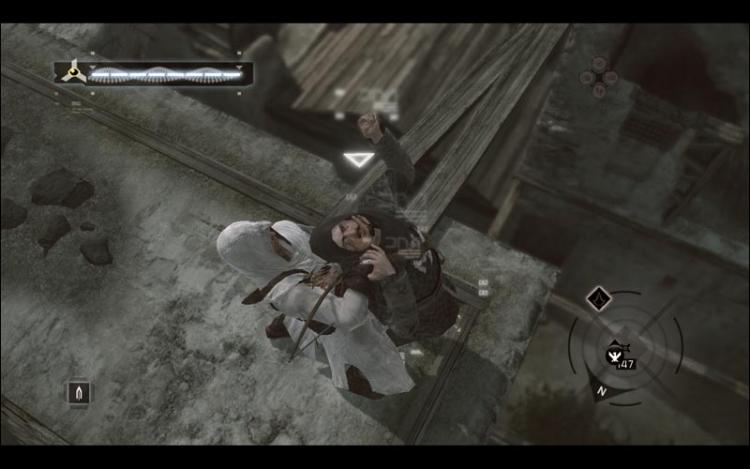 That said, with such an experience it's not a wonder that you need a respectable setup to run Assassin's Creed. Our test system comprised of the following:

This allowed us to enjoy the game on high settings at 1680*1050 resolution. Having a higher end spec PC will make the whole experience that little bit better as the textures and effects will be enabled at the highest possible settings.

The audio enhancements featured in Assassin's Creed are also nothing short of beautiful. The sound effects throughout the missions are very sharp and pleasant to the ear, the faint twittering of birds and draft of the wind can be heard from the rooftops. There is carefully placed music at particular intervals that capture the period of time the story is set in this all adds to placing you directly in the game making it such a thrilling gaming experience. Aside from the sound effects and music, the voice casting is also very good and like the POP series adds great depth to characters.

Most gamers will recognise the similarities with the Prince of Persia and Assassin's Creed. Although this title has nothing to do with the POP series it does lend itself to some of its gameplay styles. The difference with Assassin's Creed is that gamers are given much more control over the character. Movements and actions are not limited but are much more versatile to the environments you are found in. 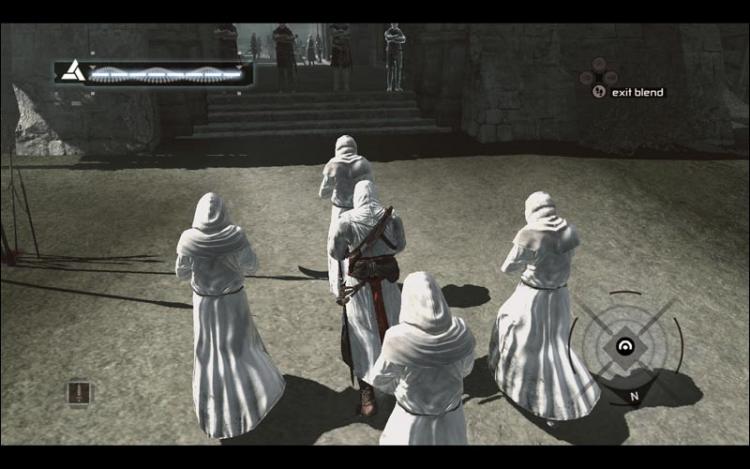 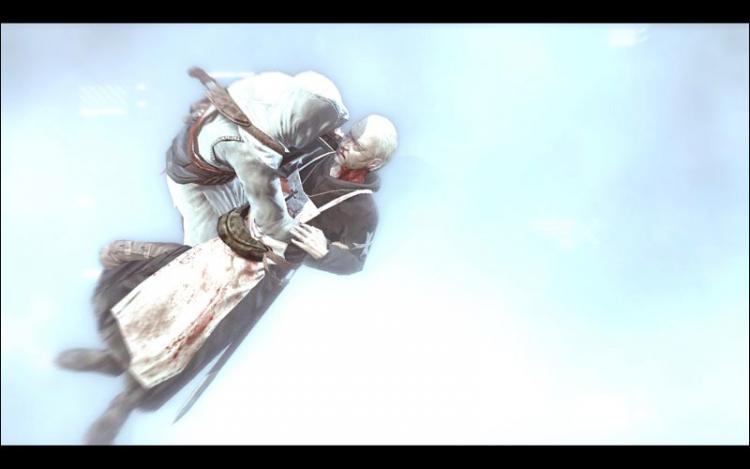 Being the gamer in this epic story, you have the involvement in the following game types throughout the game:

On commencement of Altair's campaign he can be quite difficult to manoeuvre around the environments. But to assist with this, the game has tutorials to help you move Altair around and perform combat effectively. You can always practise different combat moves in the training arena and perfect them for serious combat against guards later on in the cities you visit.

The menu system is one of the pitfall's in this PC version of Assassin's Creed, to exit from the game takes many minutes of frustration. As each exit takes you to another menu which loads a cut scene and so on. Whether this was something which had to be incorporated because it was adapted across from the console I do not know but this is one of the few niggly issues with the game.

Concluding then, Assassin's Creed is an immense action adventure that will take hours of your attention with its beautiful scenery and captivating story line. This game has set new records in its genre. Assassin'c Creed is nothing short of a masterpiece. 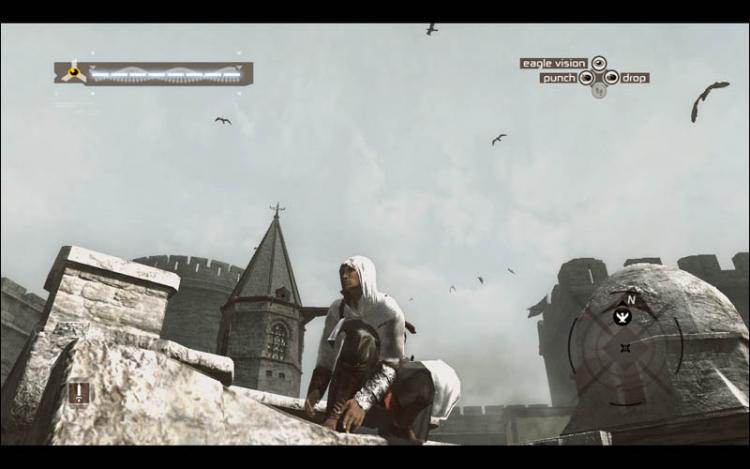 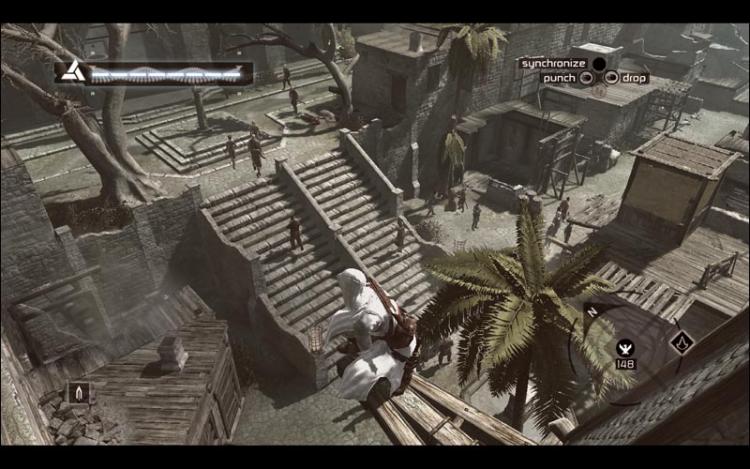 There are currently 158 user(s) online:
Google