👤by Sahil Mannick  Comments 📅21-10-10
Unigine V2.1 Benchmark
Unigine's benchmark is to showcase the benefits of DX 11 and the use of tessellation as opposed to normal rendering techniques. The demo has impressive visuals that gives an insight into what we can expect from gaming in the future. 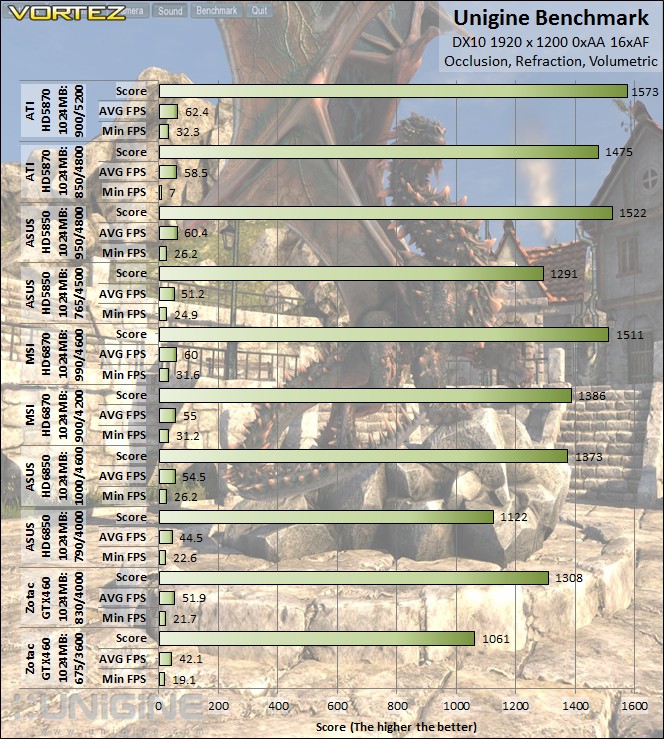 The benchmark is a good indicator of the positioning of the cards performance wise. The HD6870 is right between the HD5850 and HD5870 at stock speed whilst the HD6850 outperforms the HTX460 but cannot quite touch the HD5850. 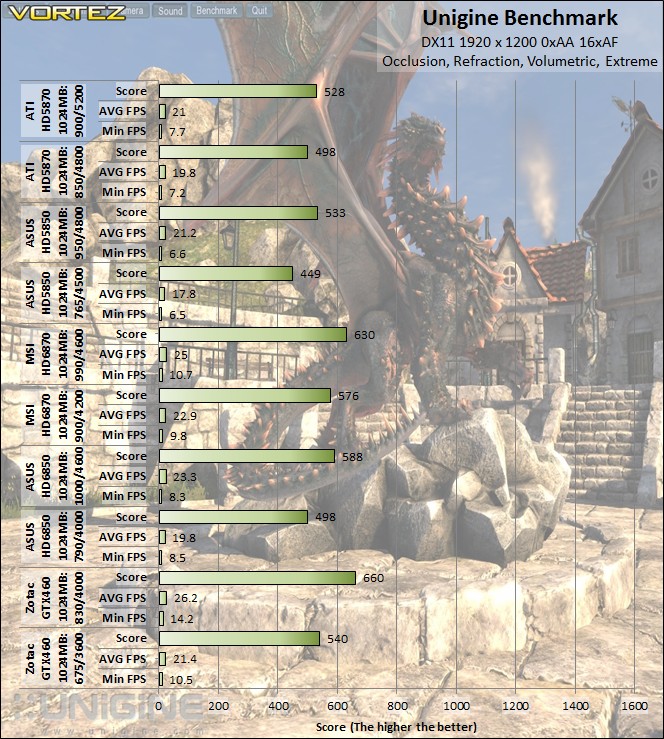 This is where we see a marked improvement in AMDs new Barts architecture. Looking at the DX11 tessellation performance, the HD6870 outshines the HD5870 by 20% and even the HD6850 matches latter. As such, AMD has become more competitive with Nvidias offerings. The HD6870 outperforms the GTX460 by 6% but conversely, the HD6850 fall 7% behind the Nvidia card. Overclocked, the higher relative overclock on the GTX460 allows it to gain back the crown from the HD6870.