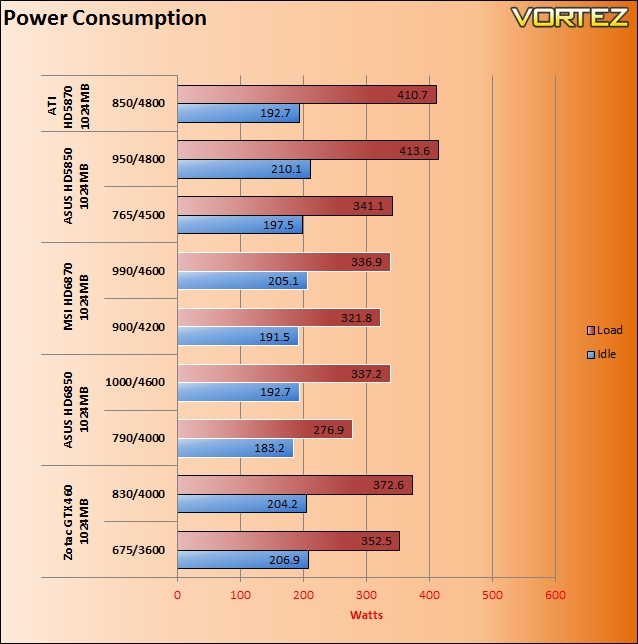 Where the Barts core really shines is in power consumption. Despite the 40nm process still being used, the core packs 1.7 billion transistors on it 255mm squared die, around 450 million less than the Cypress core. The result is much lower power consumption. At stock the HD6870 draws a mere 321.8W of power and overclocking only increases the maximum load by a small 15W. The HD6850 only sports one single PCIe connector already suggesting lower power draw. The results reflect this very well with a lowly consumption of under 300W. The load power draw is slightly higher the HD6870 when overclocked due to voltage tweaking on the HD6850. Nvidias GF104 based GTX460 just cannot compete in this department.