👤by David Mitchelson  Comments 📅23-04-12
Conclusion
Although Intels Z77 motherboards have been on the market for many weeks now, without the launch and availability of their 3rd Generation of CPUs codenamed Ivy Bridge the true potential of these motherboards has been somewhat a mystery. We have deliberately held off reviewing any of our motherboards until IVB launch because Z77 and IVB work hand-in-hand. Who wants to see the old Sandy Bridge used in a Z77? I didnt think so!

Down to the Maximus V GENE then, this motherboard is undoubtedly a little stick of dynamite. Its visual aesthetics are in keeping with the ROG series, to which enthusiast and gamer alike simply adore. For such a small motherboard the features are all there too. If you think you are missing out due to the size then think again. 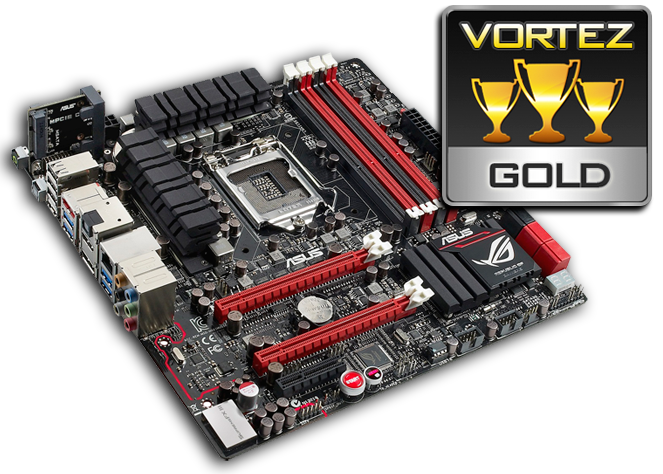 In our benchmark tests the Maximus V GENE pushed the boundaries and exceeded expectations. Overclocking yielded even greater results with the Intel Core i5 3570K. Novice users can enter the BIOS make changes and take advantage of features as can advanced users too  the audience isnt specific but all groups are catered for thanks to the expanse of features.

Feature-wise Maximus V GENE is laden with useful resources and tools. USB 3.0 Turbo Boost is a feature we have looked at in this review and we demonstrated the true effectiveness of tool. There are many more aspects we could go on to explore too  ASUS Flashback BIOS is another great feature that allows you to flash the BIOS without even having the system booted and with any components installed. All you need is the PSU hooked up to a bare motherboard and the BIOS on a USB stick and voila! The BIOS is ready to be flashed.

Pricing sits at around £155 for the Maximus V GENE which is very reasonable for a ROG motherboard with such status. You get feature after feature along with the performance too. The only drawback that I am conscious of is that this is a mATX motherboard and they dont always suit everyone  especially if you are building inside a mid-full tower chassis this motherboard will look very lonely. It ideally needs to be within a smaller, compact computer chassis such as the recently reviewed SilverStone Fortress FT03.

Cons
- The only current Z77 ROG motherboard available is MATX