👤by David Mitchelson  Comments 📅23-04-12
Packaging & First Look
As is now customary for all Republic of Gamers (ROG) packaging  the Maximus V GENE is presented in a striking red box that has a flip lid. Turning this lid up reveals the fundamental features that come with this motherboard for those who are interested. Though this is only the packaging, its still nice to see attention to details and a step-up in this department. 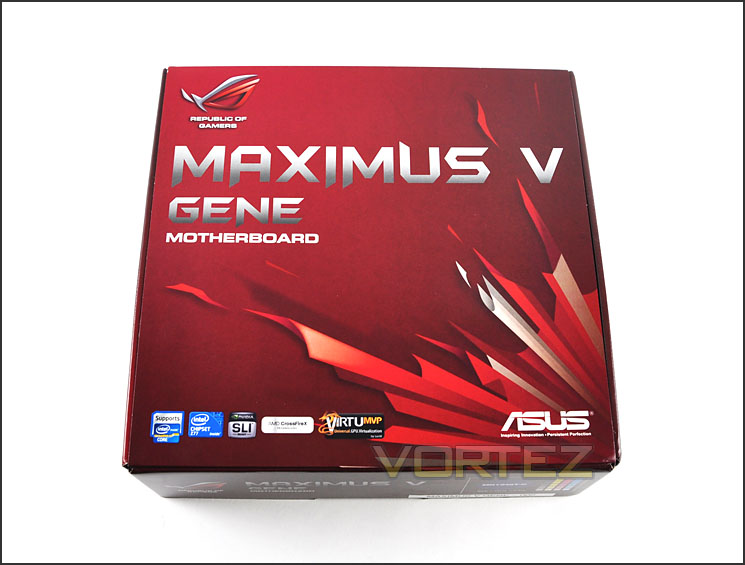 The packaging for Maximus V GENE 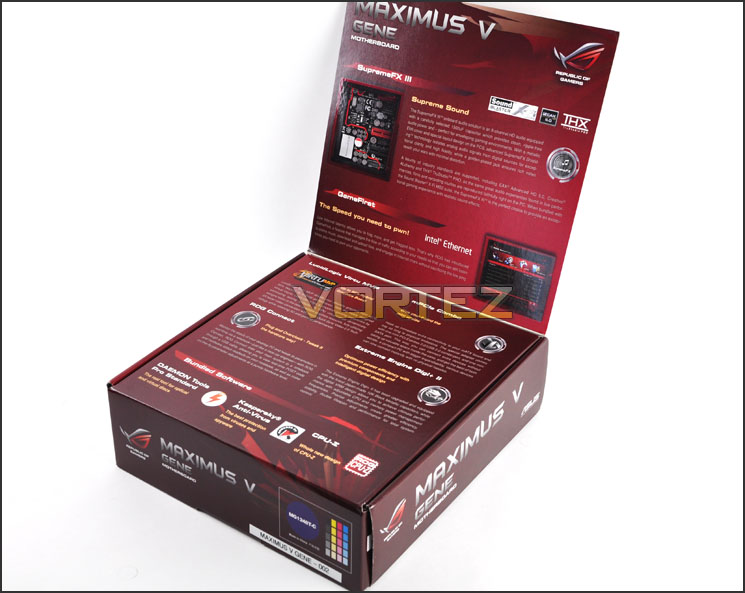 A flip lid with more info on key features

Within the box the motherboard sits in its own black box with plastic lid to tease a preview. Other than this we have an abundance of included items within the bundle:

Its good to see so many items included in the bundle  check out our [url= //www.youtube.com/watch?v=xdHHjrrBclA]ASUS Maximus V GENE Unboxing[/url] for even more details from another perspective. 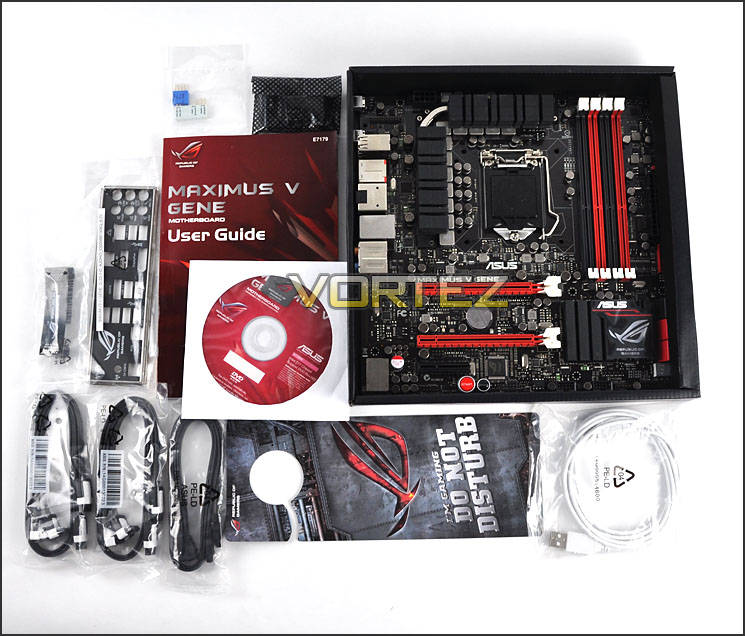 Lots of items included in the bundle

With the packaging out of the way we can now focus on the motherboard itself. Below is our first glimpse of Maximus V GENE. If you havent already guessed, this motherboard is mATX and first impressions could be deceiving  though this motherboard may look cute it certainly packs a punch.

Following on from previous ROG motherboards the Maximus V GENE has black and red ports, slots and heatsinks and arrives with a high-end feature-set such as onboard power buttons, onboard dedicated audio via SupremeFX and many more features which we will be taking a close look at on the following pages . 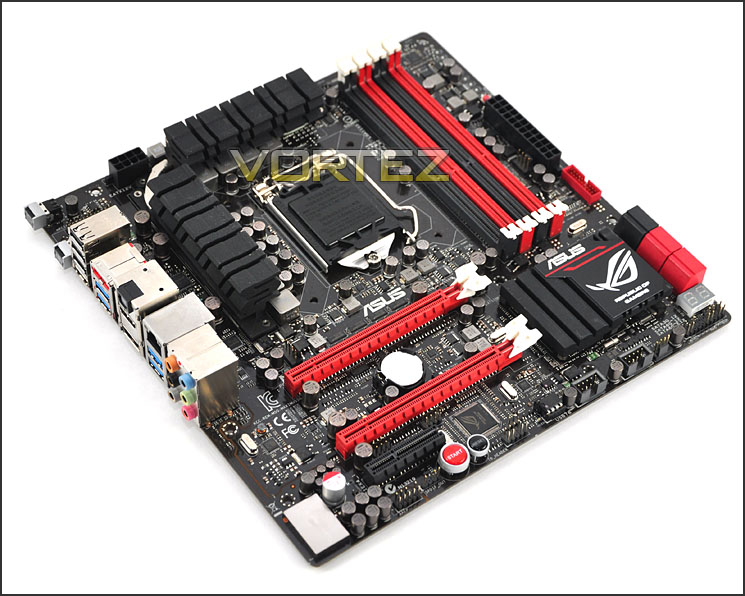 Maximus V GENE may be mATX but it packs a punch