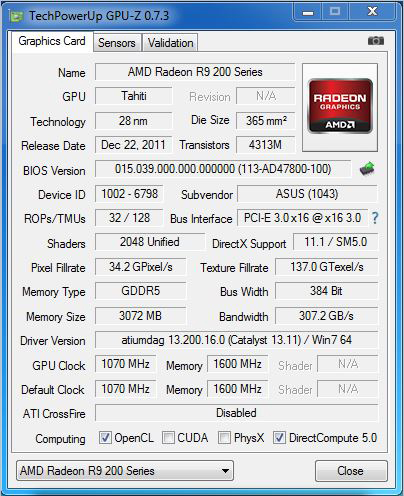 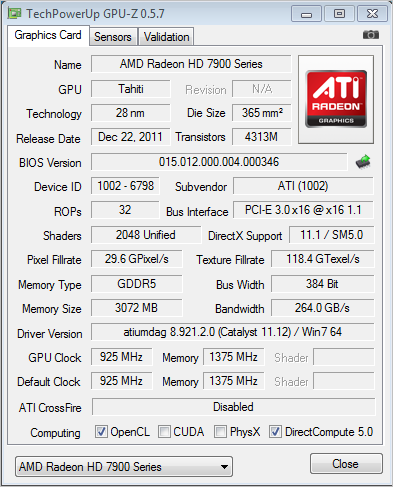 Above is a side by side comparison of the GPU-Z readouts from both the R9 280X (top most) and HD7970 (bottom). Aside from the clockspeeds and resulting texture results, the physical specifications are identical. Both cards use the Tahiti core, have the same amount of memory and bus width meaning for all intents and purposes, both cards attributes are identical. So are AMD simply re-branding the HD7970 and passing it off as a 'new ' graphics card. Well yes and no.

The R9 280X features the same core, and with it the same features of the HD7970. This is no bad thing of course because the HD7970 was, and still is a fantastic high end graphics card capable of most situations you care to throw at it. With 3GB of GDDR5 it wants for pretty much nothing but add an increase in both clockspeed and memory speed as standard and what we now have is a flagship card that should still be capable of mixing it with NVIDIAs second tier of gaming cards. Yes, we would all prefer new technology but that will come with the R9 290X. What AMD have done with the R9 280X is nothing new, indeed NVIDIA use similar tactics when using up excess silicon. What is key is the price.

It is almost 2 years since we reviewed the HD7970 and upon release it was a circa £500 graphics card. We expect the R9 280X cards to enter the market at around £240, less than half the price of a once flagship product. This strategically places the card above the GTX760 price yet below the GTX770 (at the time of writing). Not a bad move at all considering the performance of the HD7970 that this card is expected to exceed. So what is so good about the Tahiti core?

The Tahiti core which is the successor to the Caymen core of the HD6900 family. The Caymen core was based on a 40nm manufacturing process so it is fair to say that perhaps the biggest improvement to the Tahiti core is the reduction to 28nm process. This has enabled AMD to cram 4.31 billion (4,312,711,873) transistors into the Tahiti core as opposed to the 2.64 billion on the HD6970 Caymen XT.

Tesselation on the Tahiti core is also enhanced by increased Vertex re-use off-core which theoretically at least, means the R9 280X has 4 times the throughput of the 69XX series. The are improved ansioscopic filtering algorithms too which come at no performance cost allegedly. These new algorithm improvement will allow the use of Forward Rendering with 1000's of potential light sources and will also mean MSAA can be rendered easily. 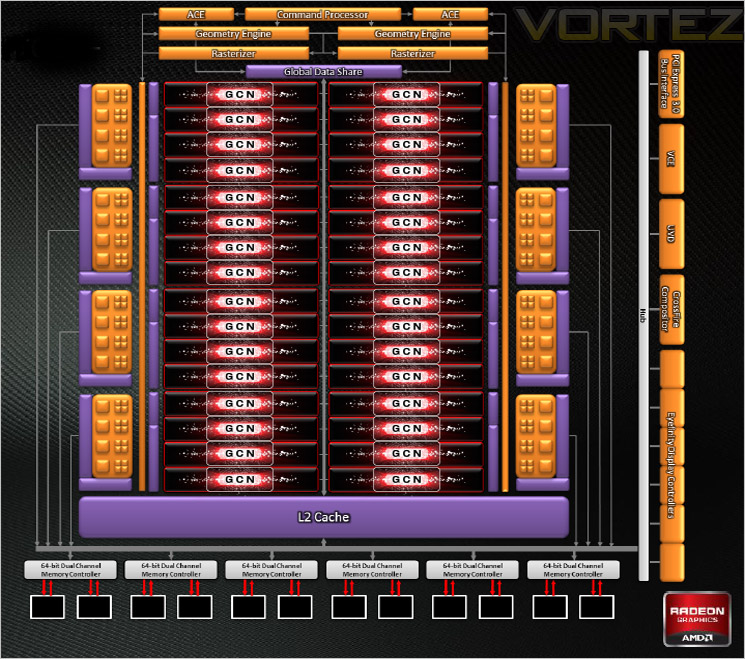