👤by Richard Weatherstone  Comments 📅12-02-12
Power Consumption
To test for power consumption we use the same basic components for each motherboard on test. Readings are then taken from the wall both in stock (Optimised defaults loaded) and maximum overclocked (Voltages may vary). 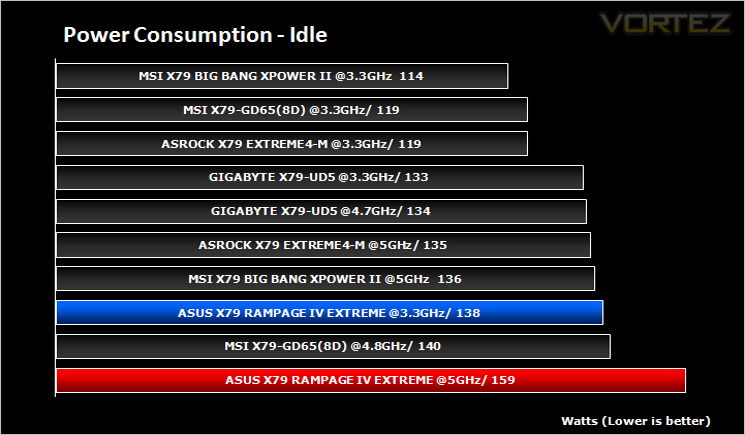 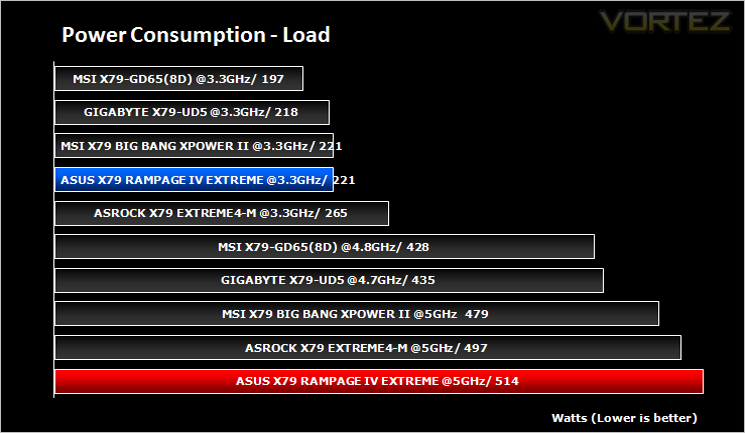 The ASUS Rampage IV Extreme was found wanting in this area I'm afraid. Being an Extreme motherboard power consumption appears to have come second to outright performance as the ASUS board consumed more power at idle and load on average than any of the motherboards on test. This is exemplified even more by the idle and load conditions when overclocked as the RIVE consumed noticeably more power. Perhaps this was as a result of tweaking (increasing) more of the voltage settings than the other motherboards had available but nevertheless, more power consumption equates to being more expensive to run which is not great for the average consumer. Overclockers will however care little for power consumption as long as the highest overclock is attained so for the most part, ASUS can be forgiven for this.

Let's see how the motherboard performs in our suite of benchmarks...