Touted as the Worlds First 8K Gaming GPU, the RTX 3090 was launched at the tail-end of September. The positioning of such a graphics card sees it take the top spot in the Ampere lineup. Its makeup, which consists of 24GB GDDR6X, 384-bit bus and 10496 cuda cores marks this out as the model which should effectively replace the Titan prosumer model from the Pascal generation, if nothing else, the price-tag should indicate that!

So, today we turn to the ASUS ROG team for a look at their top of the line STRIX RTX 3090 OC. Carrying the STRIX name, automatically pits this card as a premium offering. The card itself features an impressive factory overclock to the GPU clock boost, taking this model right to the top of the leaderboard within its class.

The STRIX graphics cards have remained mostly untouched in their physical appearances for at least two generations, so the ROG team has performed an overhaul to the design with a fresh new look but still retaining the much-revered MaxContact thermal solution. 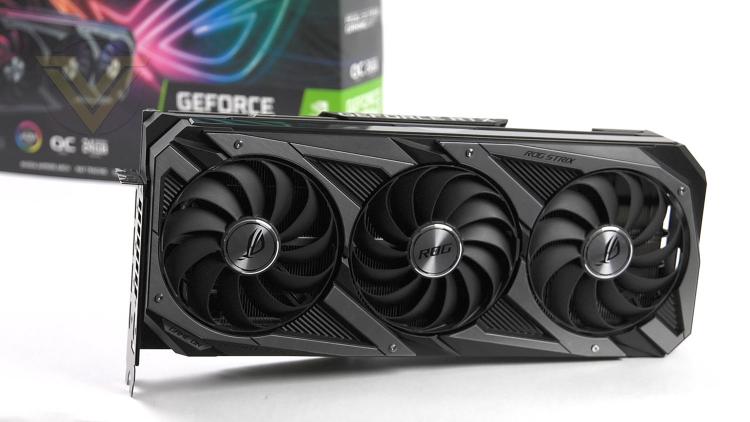 ASUS on their STRIX RTX 3090 OC
From top to bottom, the ROG Strix GeForce RTX 3090 has been radically improved to accommodate the impressive new Ampere chips from NVIDIA and to deliver the next wave of gaming performance innovation to the market. A fresh design and more metal surrounds a grouping of Axial-tech fans. Last gen's uniform fan layout has been usurped by a new rotation scheme and specialized roles for central and auxiliary fans. Below the blades, a larger, more impressive heatsink is ready for the most demanding thermal loads. The PCB has some new tricks up its sleeves, and even the backplate has received some performance-boosting changes. You've been waiting for the latest and greatest in GPU design - and this is it.