👤by Matthew Hodgson  Comments 📅19-04-18
Conclusion
For budding enthusiasts, with some light overclocking in mind, the ROG STRIX X470-F GAMING appears to offer everything you would need.

If you plan to use your machine for some content creation but arent hell-bent on achieving the absolute fastest machine on the planet, the ROG STRIX X470-F will likely compliment that approach nicely. The modest features with a reasonable price tag go hand in hand, without sacrificing performance; The X470-F topped out more of our charts than the more expensive competition combined, which we can only commend it for. Sure, we see some features cut back, such as no on-board power buttons, no dedicated overclocking dials and a basic debug LED layout. However, you do get the basics which will easily form the basis of a killer gaming/content creation machine. 7 PWM fan headers, a decent power phase, SLI and CrossFire support, a pair of M.2 slots and SupremeFX all form a great little package for your £180 GBP - $319 AUD.

The black and grey colour scheme with a single Aura Sync RGB zone would look great in any modest build. Of course, the board itself isnt the most striking design weve ever seen, but the neutral colours certainly work with the RGB lighting. The iridescence applied to the Southbridge heatsink also looks awesome, if reflecting the light from the right angle. The Aura Sync RGB lighting is also supported by many third-party manufacturers, particularly on RGB fans and RAM modules. 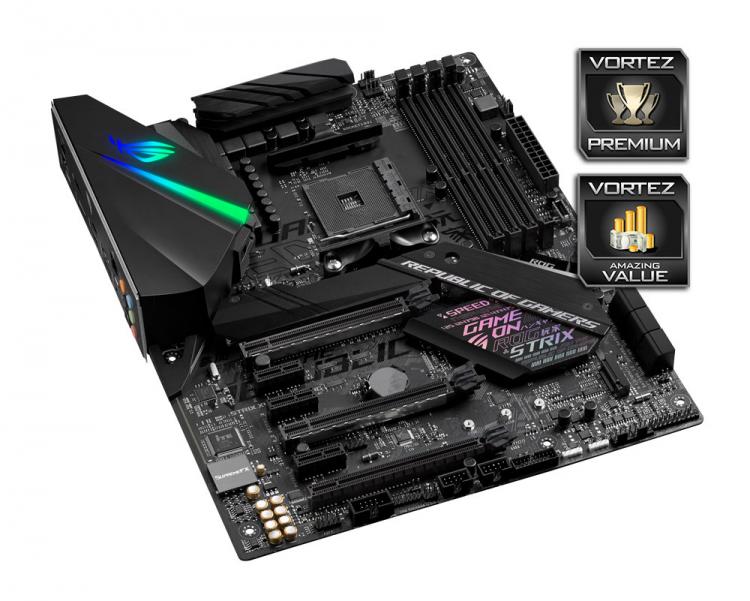 As mentioned previously, on the Closer Look page, the CPU and DRAM feature several technologies with the focus of protecting your expensive CPU and DDR4 memory from overcurrent and supplying a stable, smooth voltage for optimal stability and overclocking. Despite overclocking not being a focus of the board, the potential is certainly there. It kept up with other boards in our overclocking tests, even exceeding their results at times, providing a decent boost to memory speed with no voltage or timing adjustment required.

For your £180 GBP - $319 AUD, its difficult to see where the pitfall lies. Overall system performance was excellent, the board looks great and overclocking performance was above expected. If you need a board without the unnecessary bells and whistles, the ROG STRIX X470-F GAMING will fill that role nicely.

It appears the Republic of Gamers have gotten the recipe just right with this motherboard, cutting away features that arent required while retaining the necessary options.