👤by Matthew Hodgson  Comments 📅08-07-19
Conclusion
Compared to many launches from the ROG STRIX team, the X570-E Gamings overall appearance is quite tame and understated, leaving the rest of the system and installed components to add flair. While that may work in the favour of some users, particularly if your RAM modules are bright orange, for example, we dont really feel that its what the STRIX brand has typically been about. We liked the graffiti everywhere with multiple RGB accents.

Performance isnt chart-topping across the board but it definitely mingles with the other 3 boards that weve tested so far, and is never more than a few percent away from the top score anyway. Considering its £300/$330 price-tag, that strikes very decent value if looking at the board from purely a performance metric.

Having said that, the board only sports a pair of M.2 storage slots, which you could argue is somewhat made up for with 8 SATA connections, and with the increased adoption and decreasing cost of NVMe SSD drives, particularly with the speeds PCI-E 4.0 drives are already offering, with more to come, this does detract from the value of the motherboard. While were on the topic of NVMe storage, installing the drives is unnecessarily difficult, having to remove the FCH heatsink cover and then the M.2 heatsink separately to get to the drive; this is something you may only have to do very rarely but it could be simpler.

The rear IO is well equipped for its price point, with the inclusion of a 2.5G and 1G LAN port in particular, as well as the WiFi 6 connectivity. Its also good to see ASUS get rid of USB 2.0 functionality and move over to 3.2 entirely. The removal of the PS/2 port is unlikely to upset anyone either. 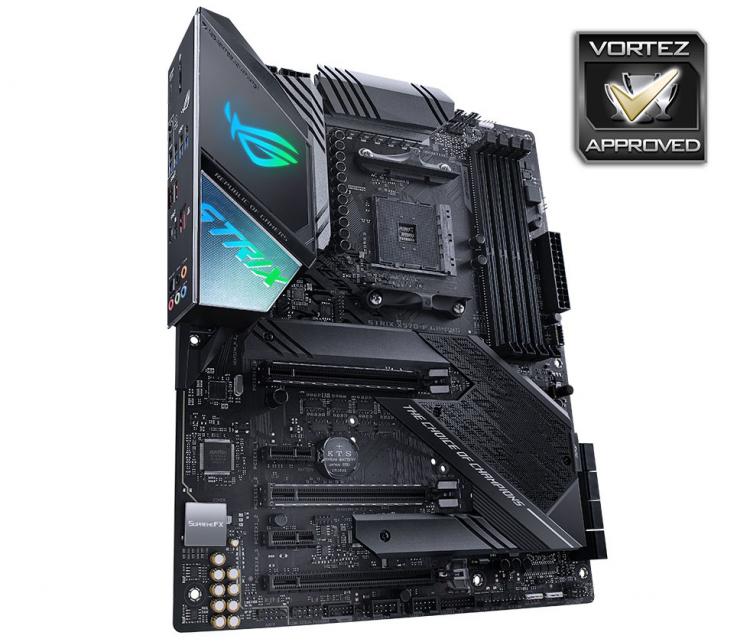 There are currently 638 user(s) online:
Google