👤by Vortez Reviews  Comments 📅19-10-18
Closer Look
Socket
With the switch to Intels Z390 chipset, we maintain the same LGA1151 socket, only with beefed up and improved power delivery circuitry. Two separate heatsinks, with a brushed steel appearance, are responsible for keeping temperatures in check; though if some serious overclocking is on the cards, the mount above the left heatsink is there to attach the included 4010 fan, with the aim of improving heat dissipation considerably.

Power delivery is provided by a single 8-pin CPU power connection. We tend to find an 8+4 or even 8+8 on higher end models such as this, but ASUS are obviously confident that a single 8-pin is sufficient.

4-pin PWM fan headers are plentiful in this region, with two to the South-West of the socket and two to the North-East 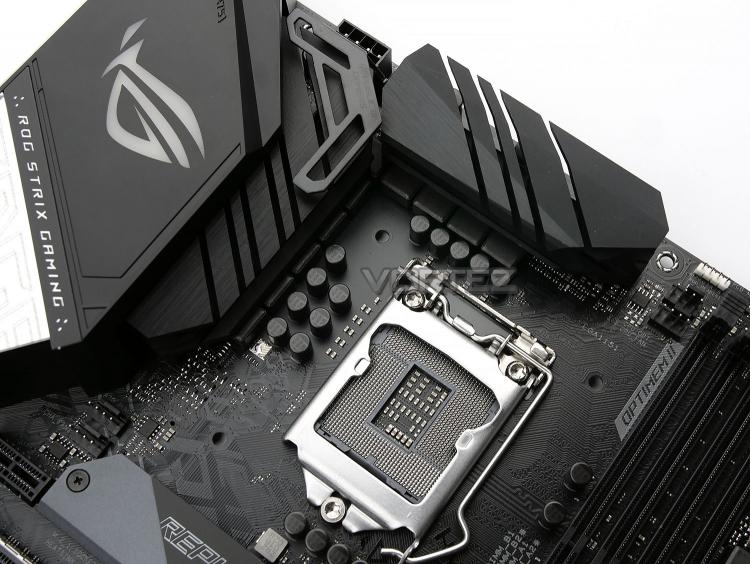 Memory
Dual-channel memory is the same on the latest Z390 chipset, when compared to the previous Z370. Four DIMM slots provide a maximum of 64GB with speeds up to 4266MHz (Overclocked). Optimem II is utilised here, with special shielding on the DRAM channels for improved performance and stability. 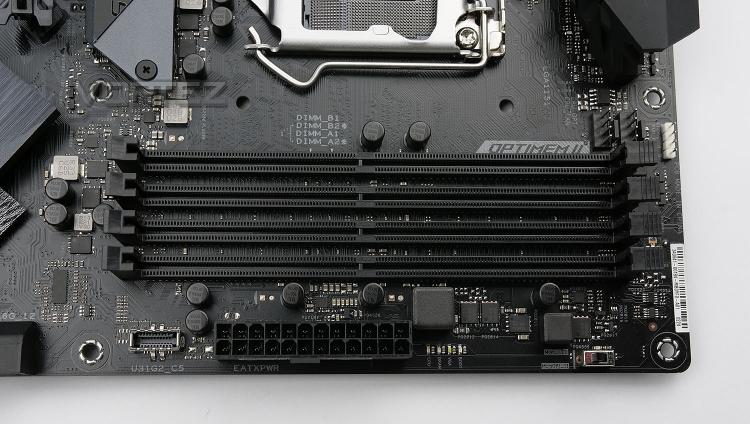 SATA
While NVMe M.2 storage becomes more popular, HDDs are still the go-to for large storage platforms. ASUS provide a bank of six SATA 3.0 ports, at a right-angle from the motherboard. 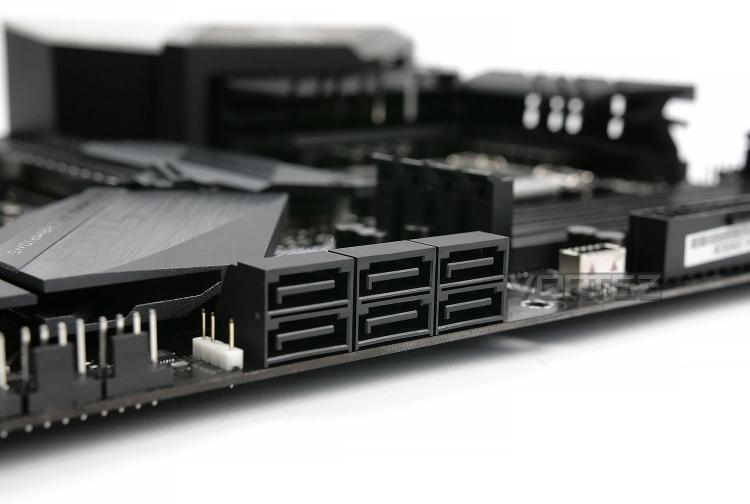 PCI
Checking out the PCI slots from above, we can see there are the following: 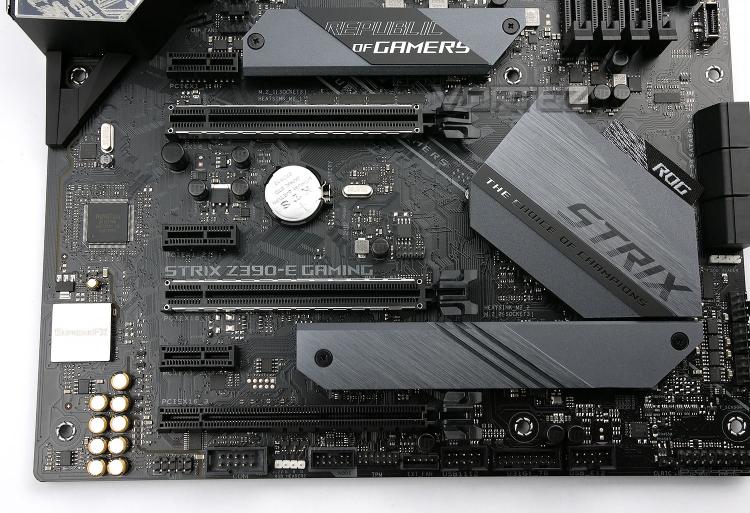 SSD
NVMe SSD drives are known for throttling because of their extreme performance and massive heat build up. ASUS ROG have made an attempt to delay, or even entirely prevent, the thermal throttling with the NVMe heatsinks. These heatsinks are on both slots and come with a pre-applied thermal interface material. 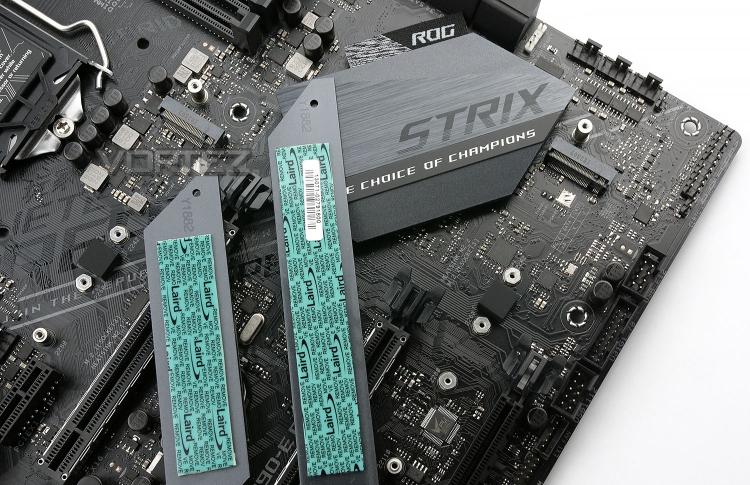 Audio
On the bottom-left of the motherboard we find the audio components, isolated from interference by a trace through the board, helping to ensure sounds are clear and heard as they should be. The ROG SupremeFX S1220A 8-channel processor is accompanied by several audio caps. 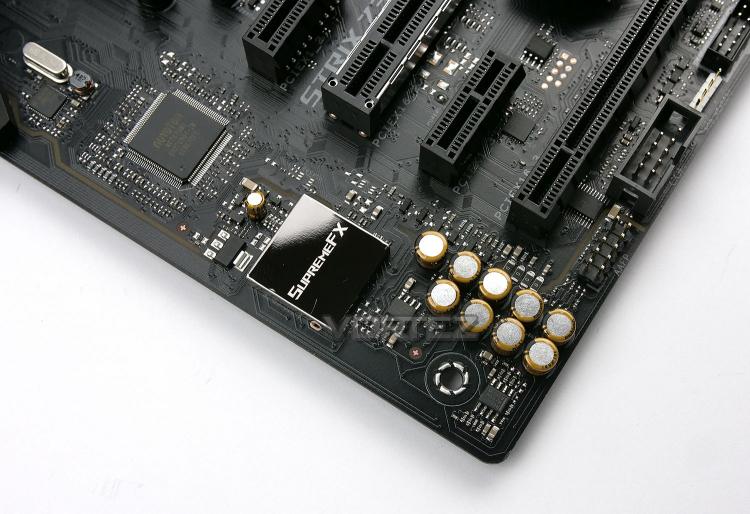 RearIO
The rear IO shield is pre-attached, saving for any sliced fingers and/or the embarrassment of forgetting to install it.
From left to right, we have the following:

Its good to see plenty of connectivity on a mid-level board, but its about time we saw the back of USB 2.0 ports and moved fully to 3.0 or above. 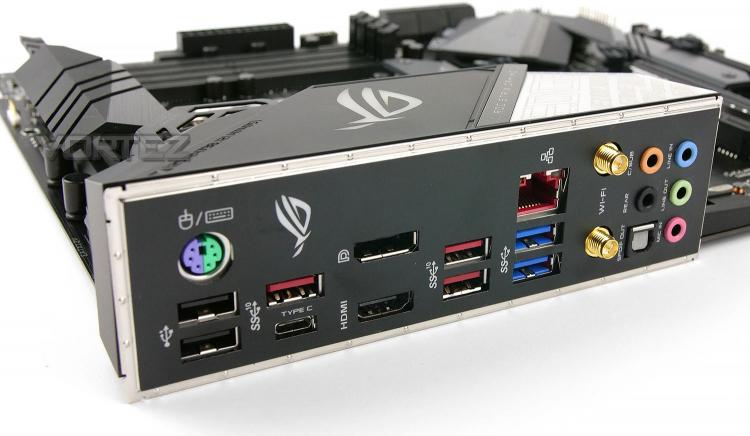