August was a particular highlight in the 2017 tech calendar, not least of which due to the launch of AMDs Threadripper platform. The first CPU and motherboard combination to go toe-to-toe with Intels HEDT range, which was then only recently refreshed to the Skylake X/X299 platform (more generally known under the Core X umbrella branding), it brought with it 16 cores, 32 threads and a massive 64 PCI-Express 3.0 lanes. Safe to say it made an impact. 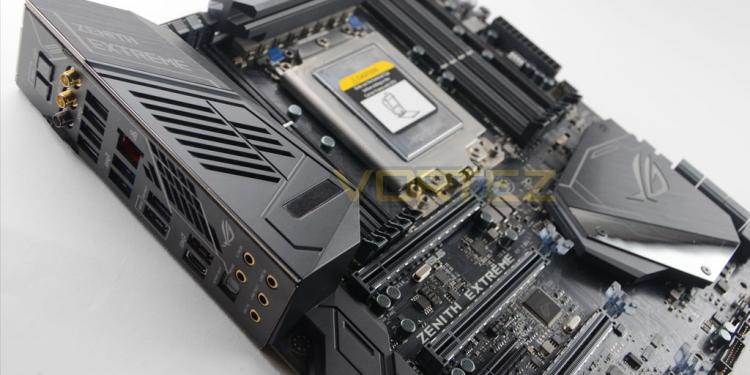 Launching alongside Threadripper CPUs were of course motherboards based on the AMD X399 chipset. Featuring the TR4 socket, including the somewhat controversial installation system into that socket which is shared by all motherboard vendors, X399 implements features which can exploit the Threadripper architecture most effectively. These especially include support for quad-channel DDR4 memory and a means to effectively utilise an astounding number of PCIe lanes from what is still a consumer product.

ASUS Republic of Gamers were a launch partner for AMD Threadripper, and their premier (and current flagship) X399 motherboard is the ROG Zenith Extreme. This premium SKU is billed as a Threadripper alternative to the Rampage VI Extreme, a similarly fully-featured motherboard for Intels Core X lineup that will suit gamers and content creators with deep pockets and a penchant for overclocking.

Since August AMD have subsequently released an 8-core Threadripper variant and the initially fairly hefty price tag has undergone a correction. Furthermore, seasonal sales may well move the platform towards greater value and perhaps push up the adopters motherboard budget. Our look at the Zenith Extreme may then prove timely for your purchasing decisions this Christmas.

The Zenith Extreme is currently one of two motherboards in ASUS ROG X399 range. The Strix X399-E GAMING is certainly more aggressively priced, but lacks many of the features of its more high-end value-added sibling. Amongst them is support for bleeding edge overclocking, for which the Zenith Extreme is expected to be much more accomplished.

Currently the ROG X399 Zenith Extreme is available for a street price of around the £500 mark, depending on retailer. With that in mind, lets take a closer look.