👤by Tony Le Bourne  Comments 📅30-08-14
Performance Testing
Right Mark Audio Analyzer
RMAA suite is designed for testing quality of analog and digital paths of any audio devices, be it a sound card, an MP3 player, a consumer CD/DVD player or an acoustic set. The results are obtained by playing and recording test signals passed through the tested audio path by means of frequency analysis algorithms. A more common mark is also provided for those unfamiliar with measured technical parameters.

Understanding the limitations of a test is something that should be addressed in regards to giving an accurate portrayal. RMAA is a useful tool but testing has many variables thus results are only comparable under similar set standards and parameters and shouldn't be compared directly to other results that may have been obtained under different testing conditions. Remember that audio preference too is subjective and numbers do not tell the full story.

In this test, I compare the STX II both by back looping (connecting stereo out to mic/line in), and by Stereomix, this way we can see a general trend in 'real world' performance and in 'best case' scenario performances. 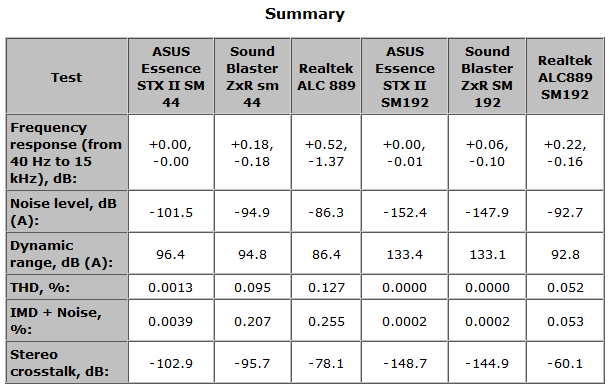 STXII vs ZxR via Stereomix

In the back looped tests the ASUS Essence STX II proved to be surprisingly exceptional, particularly in the 16/44 tests, this is again proven in the Stereomix test vs the Creative SoundBlaster ZxR, this is worth noting because most, particularly older, game audio is made at this bitdepth/sample rate, while modern gaming audio is moving into the 24bit audio realm as memory permits, it is nice to know that the STX II handles every range well. The ZxR manages to even things out in the 24/96 and 24/192 areas but the STX II manages to just edge it out a little.

Below shows the graphs of the STX II handling 16/44 vs the ZxR. 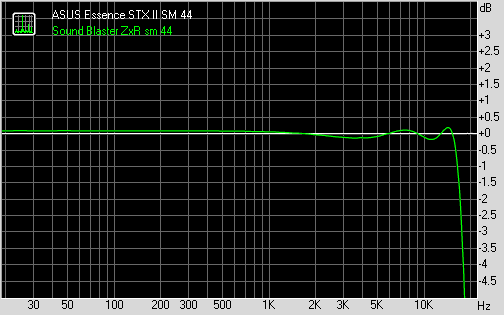 Frequency Response gets a little wobbly on the ZxR after 2KHz. 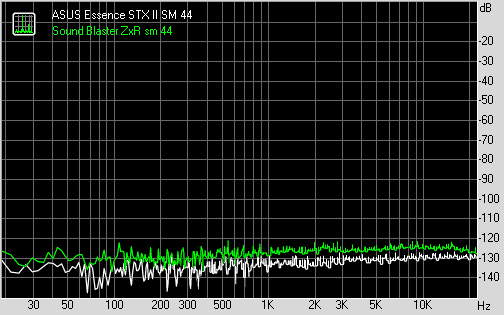 The STX is clearly keeping the noise down. 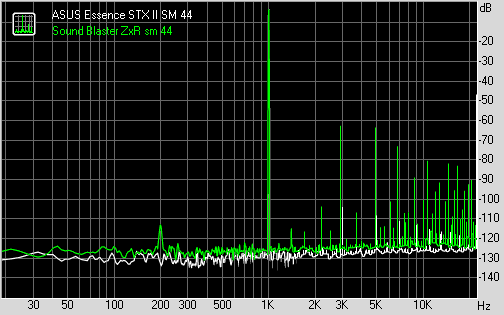 Harmonic Distortion gets a little spiky over 2KHz on the ZxR 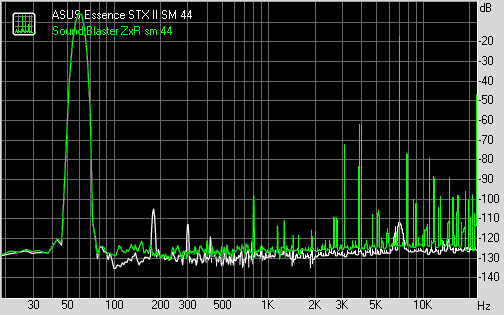 Intermodular Distortion kept tight under control by the STX