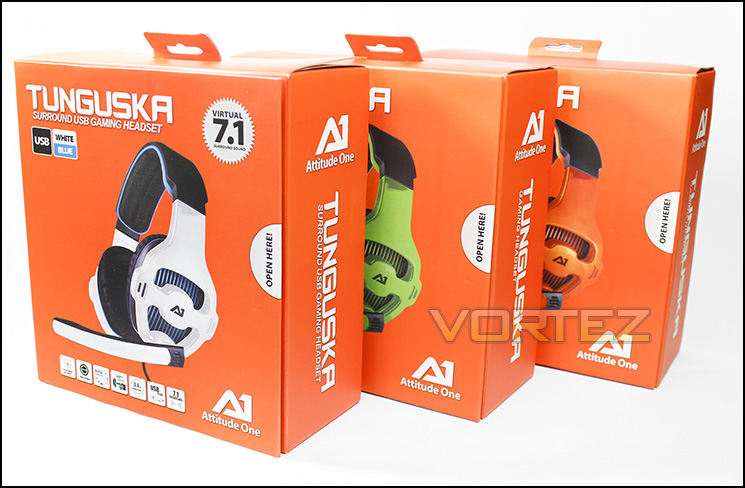 The Tunguska Headset Family Portrait.
Orange seems to be the signature colour for A1 and is not too dissimilar to what one would imagine seeing in a hardware store (The kind that stocks tools) adding to the rugged industrial theme that many gamers like. The box card at first appeared as though it may be made from recycled material but upon inspection there is no statement saying as such, however we do find the 'Green Dot' logo which symbolises the manufacturers commitment to the recovery and reuse of materials. 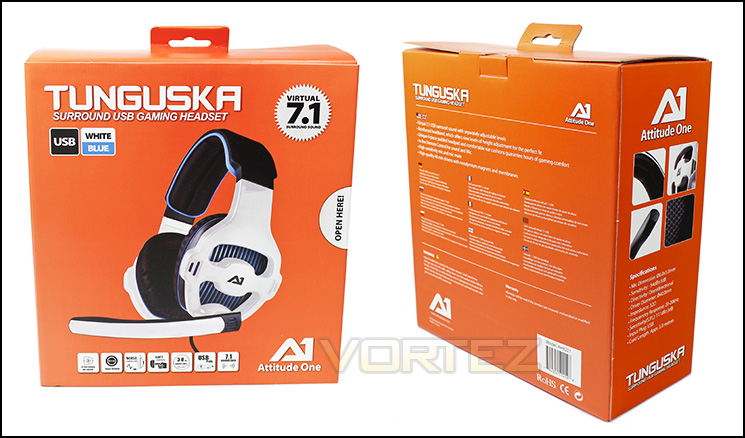 The Box for the v7.1 USB Version.
Though the headset design fits the 'gamer profile' there is little in the way of over the top gaming 'jargon' which combined with the bold orange colouring gives a 'loud but minimalistic' impression. On the side we can see a list of specifications and some photos of the product and on the rear there is a list of features in various languages. 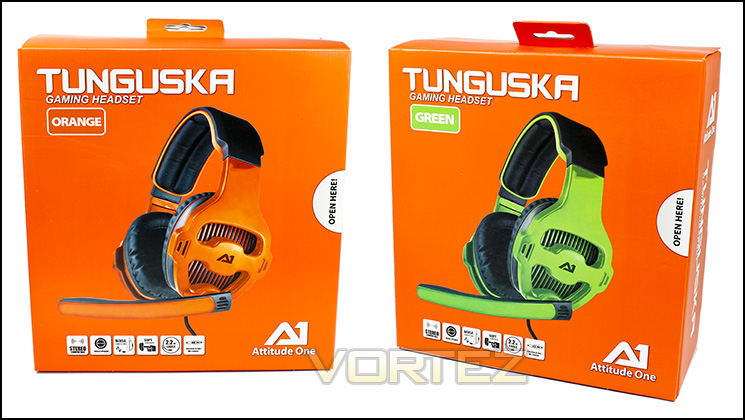 The Stereo version in orange and green.
Box decor is similar for the stereo version, mainly lacking in the obvious being the information about being a USB headset and the star advertising the virtual 7.1 surround. 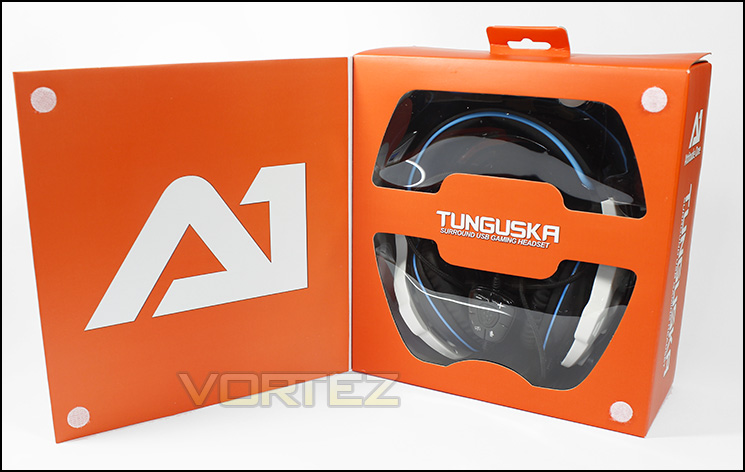 Opened up for your viewing pleasure.
All of the Tunguska boxes open wide for the product to be viewed, always handy for when someone wants to view the item in a shop without having to open the box up. 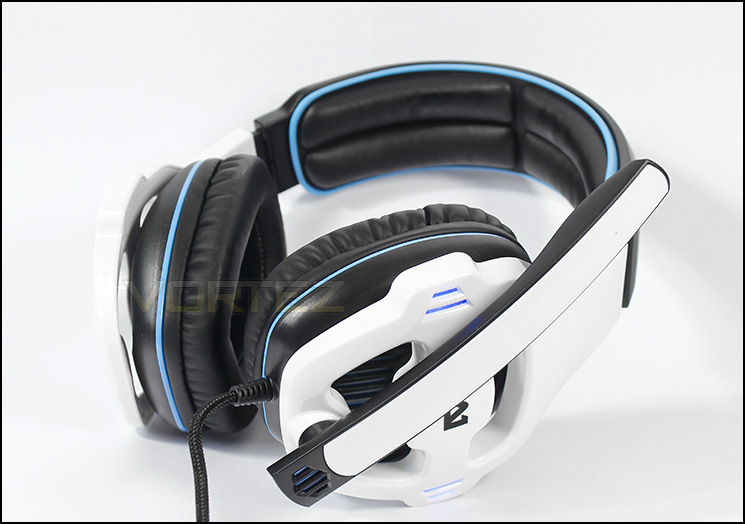 The Tunguska v7.1 USB Headset has LEDs!
The glossy white on black with blue trims looks great as well as having two blue LEDs on each earcup. There is a long fixed arm microphone on the left hand side which can be raised and lowered. 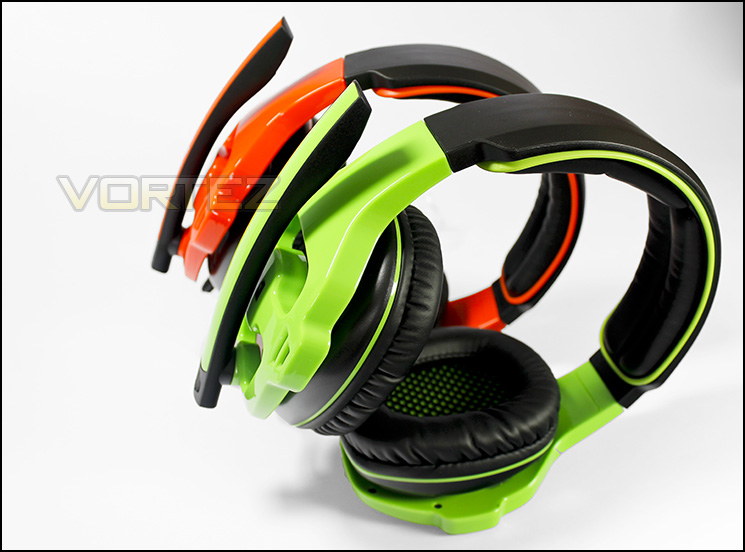 Lime green and Tangerine
Missing those LEDs, the stereo version is identical in design to the v7.1. The orange is a deep firey orange and the green is a very vivid lime green which was particularly difficult to capture correctly on camera.