👤by Matthew Hodgson  Comments 📅10-12-18
Conclusion
With our previous experience of X470 motherboards, we had high hopes for the Biostar X470 GT8, with its relatively low pricetag, however, in testing, we were left a little disappointed.

Starting off with previous problems, we began testing on this motherboard about 3 months before the release of this review, and ran into constant blue screens and other issues. We shelved the board then went back to it, hoping for some BIOS updates or a fresh approach on it; we believe we located the root of the issue. With the Corsair Vengeance RAM running at 3000MHz, we were experience inconsistent blue screen events, with different codes each time. Setting the RAM at, what the system believed to be XMP, at 2933MHz @ 15-17-17-38-58, we managed to complete our testing.

Aesthetically, were a fan of the GT8, with the carbon fibre effect and all-black appearance, we believe itll fit into most builds without an issue, though the RGB lighting can be a little jarring and garish at first, especially with the random Vivid LED DJ writing on the IO shield.

Performance in all of our tests, most of which it was at the bottom of, let the GT8 down hugely. This may well be down to the 70MHz drop in memory speed, but its unlikely to cause a massive hit as seen in some benchmarks. Overall, the performance was underwhelming compared to all other X470 and most of the B450 offerings. Wed also find it difficult to recommend an X470 motherboard with a single M.2 slot, we consider a pair the bare minimum for enthusiast boards. 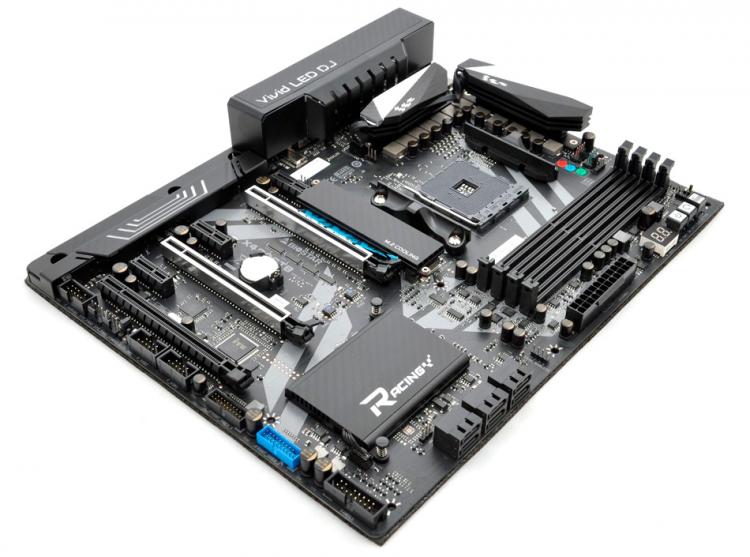 If youre not bothered about overclocking and seek a cost-effective introduction to an X470 chipset, the GT8 will perform reasonably well but better performance and features arent too far out of reach.