👤by David Mitchelson  Comments 📅30-03-12
Conclusion
Weve reviewed a good assortment of BitFenix cases since the company appeared on the scene and have always had a soft spot for their great products and keen attention to features and styling. Shinobi was a personal favourite of mine, with its elegant approach to case design and plentiful features but it is/was only a mid-tower in stature so the obvious move for BitFenix with only having a full tower in the shape of Colossus (with its loud and proud aesthetics) was to create an expanded version of this popular minimalist chassis, and so we have the Shinobi XL.

Shinobi XL continues a good thing and builds on the original chassis strengths of having sleek aesthetics and enough room to store high-end components. I found clearance to be very generous in all areas of the case which made way for ensuring cable management was kept on top form.

Getting our XL-ATX system inside Shinobi XL was no mean feat. Space and a tool-free design means getting the job done is without its hassles and there wont be any clearance incompatibilities with long graphics cards or the biggest CPU coolers on the market. 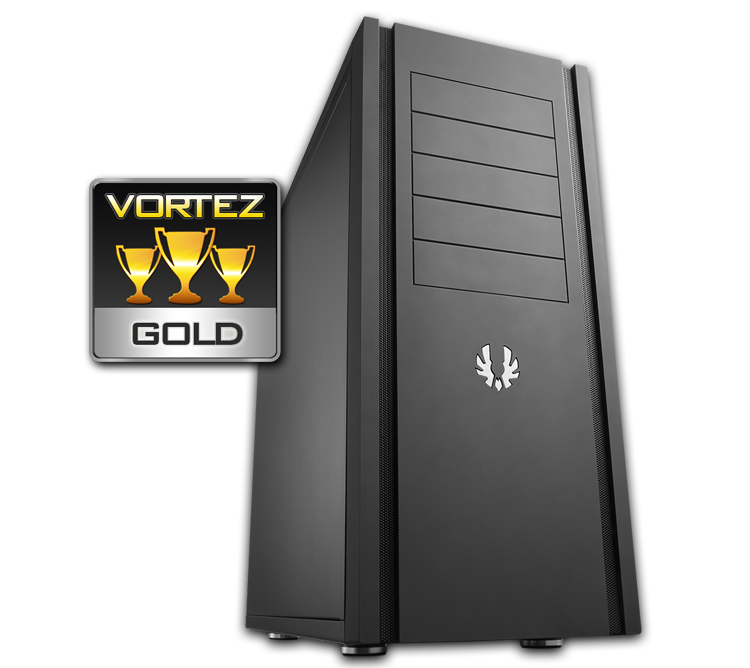 I was also pleased to see that bigger translates to better  up to 4x USB 3.0 ports can be found on the front panel with a bonus SuperCharge port for getting juice to your much loved mobile devices. Priced at £120 inc. VAT the Shinobi XL will have some tough competition from other XL-ATX capable cases with a similar price-tag  though most are closer to the £150 mark.

When speaking about the topic of airflow sadly there is no ventilation at the front of Shinobi XL and this does hinder things slightly as the intake fan has little to draw in. Thankfully though the rear and top cooling fans do a decent job in exhausting heat from the system.

The eagle eyed amongst you will have recognised key similarities between the Shinobi XLs internal layout and the Colossus internal layout  they are in fact almost identical. Going forward it will be interesting to see what BitFenix produce in the near future as they have used similar internal designs across most of their current lineup of products.

Shinobi XL is bound to be a success  the original has many an accolade for a reason and the XL version is just an extension, building on strength after strength. Its also decent value for money!

Click here for an explanation of our awards at Vortez.net. Thanks to Overclockers UK for providing the sample.

There are currently 157 user(s) online:
Google