👤by Weston Dakin  Comments 📅12-10-18
Conclusion
Blue has gone and done it again as theyve made yet another stellar microphone that manages to perfectly bridge the gap between their Snowball and Yeti. Though the Yeti Nano is an impressive microphone, it does have some very minor issues, one of them being the lack of any gain control on the microphone's body. As is, there is a volume dial for the headphones - which doubles as a mute switch as well as a separate button to change the polar pickup pattern. But, there is no dial or switch to adjust the gain, if you want to do that then youll have to download the Sherpa software.

Minor issue aside there is a lot to like about the Yeti Nano with the first being the updated design. Blue have tweaked the styling so it still looks like a Blue product yet it's more modern than both the Yeti and Snowball, this great as it helps the Nano have its own identity. The build quality is also superb; the construction is mostly metal with small areas of plastic dotted around. To be honest, we were expecting more plastic to be used, so we were surprised to see how little there actually was. We also like how small the Yeti Nano is too, its a larger in terms of height than the Snowball, but smaller than the Yeti, this makes it ideal for any setup as it doesnt take up that much space at all. Of course, if you are really struggling for space then the Nano can be mounted to a boom arm which further increases its appeal.

Now to where the Yeti Nano really comes into its own, and that is the audio department. It utilises two pickup patterns which is one more than the Snowball and one less than the Yeti. It also features two condenser capsules as well as a highly impressive 24bit 48kHz sampling rate which translate to impressive audio quality. The sound produced is very clean, clear, detailed and full-bodied. It does have a few caveats though. One of those being the pops and plosives captured when using the microphone within close proximity to your mouth. This means that if youre using it in this style, then a pop shield would be needed. Also if youre using the included stand it does tend to pick up vibrations from typing; even in our use where it was placed on a full-sized mouse mat. So in this case, for the best experience, wed advise mounting the Yeti Nano to a boom arm to help eliminate this. But, even with these minor issues, the Yeti Nano would still be great for voice-over work as well as for streaming and podcasts.

Taking everything into account, is the Yeti Nano worth its asking price of £89.99 GBP ($99.99 US / $148.00 AUS)? Yes, it is. Even with the few oversights and minor audio issues, the Yeti Nano is a superb microphone and should be a serious contender if youre looking to upgrade from a headset or lower cost mic without breaking the bank. 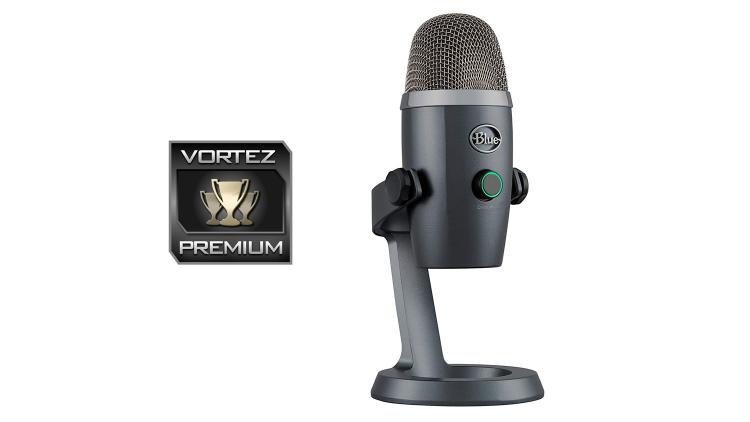 The Blue Yeti Nano manages to fill the void between two very popular mics and would be an excellent choice for those looking to upgrade their audio without putting too big a dent in the old wallet.