The World of Pandora 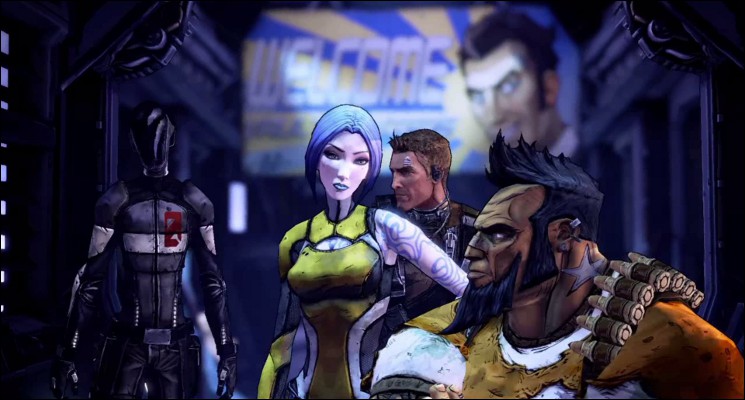 A sequel to the 2009 Borderlands, Borderlands 2 is a First Person Shooter with RPG elements set on the fictional world of Pandora, the same world as the franchise debut. You play a lone Vault-Hunter, a mix of archaeologist and soldier of fortune, searching for the fabled second technology/weapons/apocalyptic alien robots cache located somewhere on the planet (the first Vault was dealt with in the original). The main antagonist is Handsome Jack, agent of the Hyperion Mega-Corporation and chief evil-doer also in search of the Vault for his own ends; your only friend is Claptrap, an obsolete and abrasive bucket of bolts who guides you to the town of Sanctuary and allies capable of taking down Jack.

The characters and setting will be familiar to anyone who has played the first in the series, but those for whom Borderlands 2 is their first experience of Pandora will not feel rudderless in a sea of flavourtext: exploration and questing add additional background to the story and introduce characters new to first-timers but old friends to those who played the original and its DLC. Furthermore, in a feature reminiscent of BioShock, major characters interact with you through ECHO  an in game radio  feeding you flavourful exposition as you go. Through these systems the game world is fleshed out to feel more distinct than generic brown-and-grey desert landscape #5, a failing of many other First Person Shooters.