👤by Tony Le Bourne  Comments 📅08-03-12
P8Z77 Series Motherboards
If ASUS is not a familiar name to you then you have indeed been living in a cave. That being said, if you have not yet seen the coming motherboards based on the cross platform LGA 1155 socket supporting both 2nd Generation and 3rd Generation Intel Core processors, then we have a treat for you. 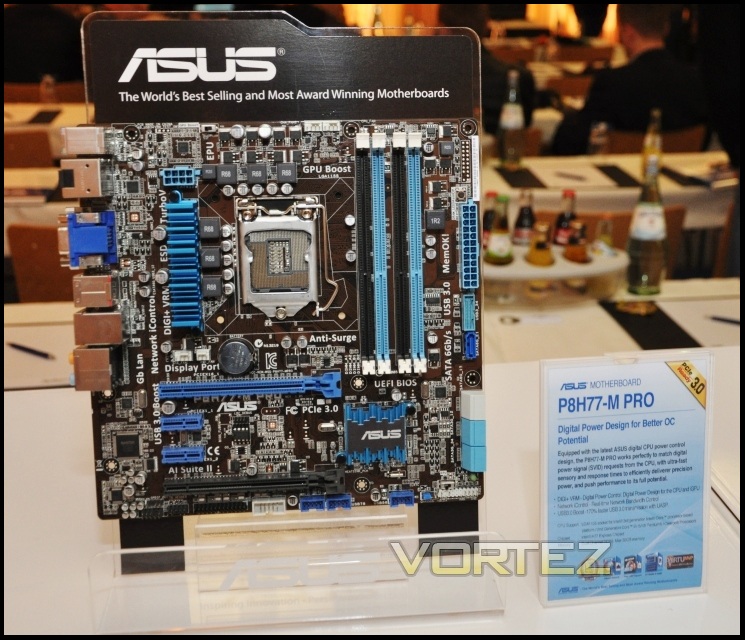 This H77 mATX motherboard still touts the quality we have come to expect from ASUS, even the P8H77-M PRO features DIGI+ VRM power management. Keeping with previous generation motherboards we see the blue on dark brown/ almost black PCB with blue heatsinks, we can also see the new 'Digital Wave' design theme that runs throughout the new P8Z77 series. 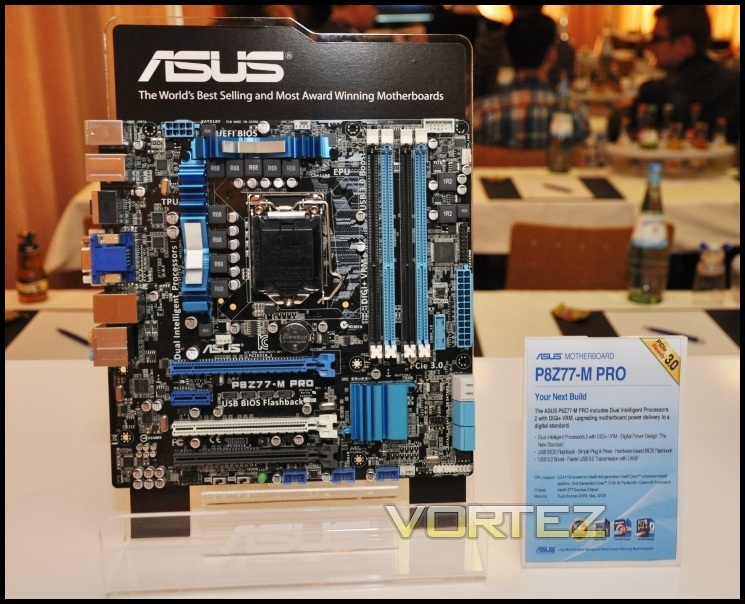 The second mATX motherboard from ASUS is the P8Z77-M PRO, which is a fully featured mATX board. We see a relatively beefier DIGI+ VRM power delivery as well as three physical PCIe x16 slots, 4 DIMMs and a socket for your sprocket, err CPU if you will. 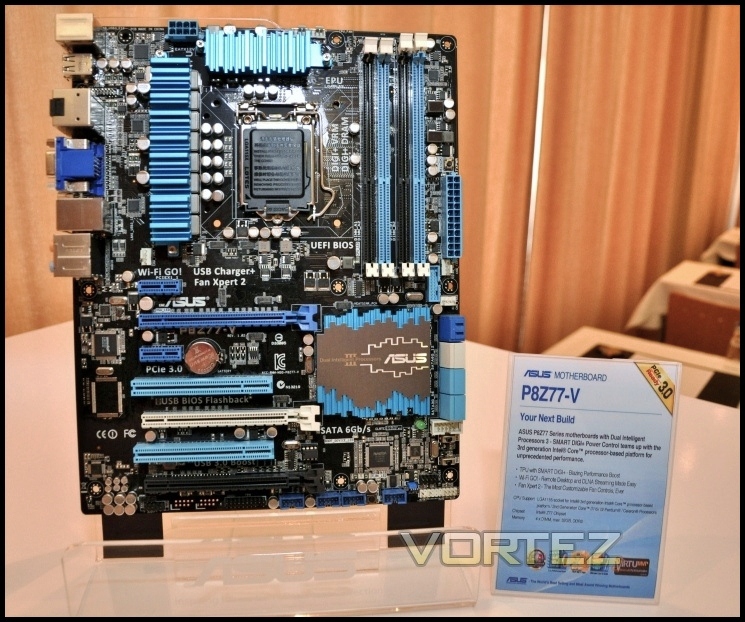 The ASUS P8Z77-V is the entry level ATX motherboard, yet one cannot help thinking that there is nothing entry about it. ASUS appear to be standardising various features such as MEM-OK!, Dual Intelligent Processors III as well as featuring new additions such as Fan Xpert 2 and Wi-Fi GO! USB 3.0 Boost and USB BIOS Flashback. Again we see the 'Digital Wave' theme.

On first glance there appears to be little difference between the P8Z77-V and the P8Z77-V PRO, however, on closer inspection we see an extra USB 3.0 header and a new chip followed by a few additional capacitors in the bottom left corner just above the HD audio chip, we also see a more reinforced video out VGA and DVI hub. 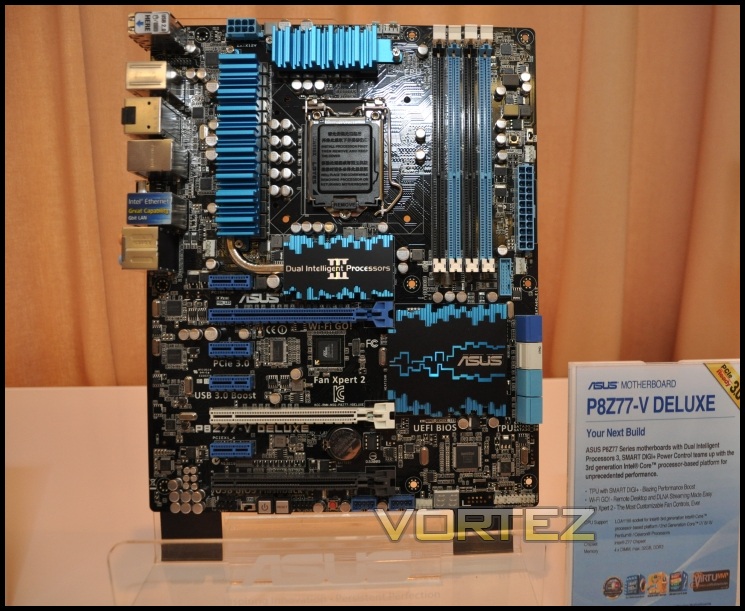 Doing away with legacy PCI slots the P8Z77-V DELUXE certainly is a touch above the previously seen boards. We see a more pronounced set of heatsinks which gives it that little extra awesome. Featuring onboard power,reset and clear CMOS buttons, LED BIOS debug, a PLX PCIe Bridge chip, 4x PCIe x1 and 3x PCIe x16, extra SATA 6Gb/s controller giving 4x SATA 6Gb/s and 4x SATA 3Gb/s, 6x 4pin PWM fan headers which includes a pair for CPU heatsink in push/pull configuration. The CPU is supplied by a whopping 20 phase VRM setup, compared to the P8Z77-V PRO's 16 and the P8Z77-V's 12.

To finalise this series, there is also a mini ITX motherboard the ASUS P8Z77-I Deluxe, which has some fancy features allowing it to potentially be a beast in a small form factor.

Next up... Sabertooth Z77 and ROG Maximus V