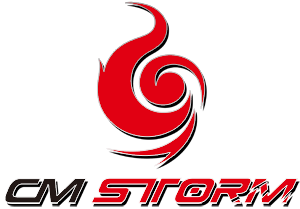 Optical mice offer value over the more expensive laser mice but up until recently, suffered due to the comparatively low dpi range. Today however with advances in optical sensor technology, optical mice are competing again. Take for example today's review sample, the CM Storm Recon. It has the Avago technologies ADNS-3090 optical mouse sensor which is capable of sensing high speed motion and acceleration up to 20g which equates to 60 inches per second. The dots-per-inch rating of this particular mouse weighs in at an impressive 800-4000 which for all intents and purposes goes beyond the 'playable' range for a mouse unless of course you have the reflexes of a psychic cat!

While it is true that laser tracking technology has had this dpi range (and above) for some time now, laser mice are inherently more expensive both to produce and retail so it goes without saying that a mouse that is both capable and doesn't break the bank will be welcomed by the gaming market. The CM Storm Recon fits this bill well, retailing at under £40 yet still affording the performance demanded by serious gamers. It will be intriguing to see if the CM Storm Recon has made sacrifices to refrain from breaking the £40 barrier. 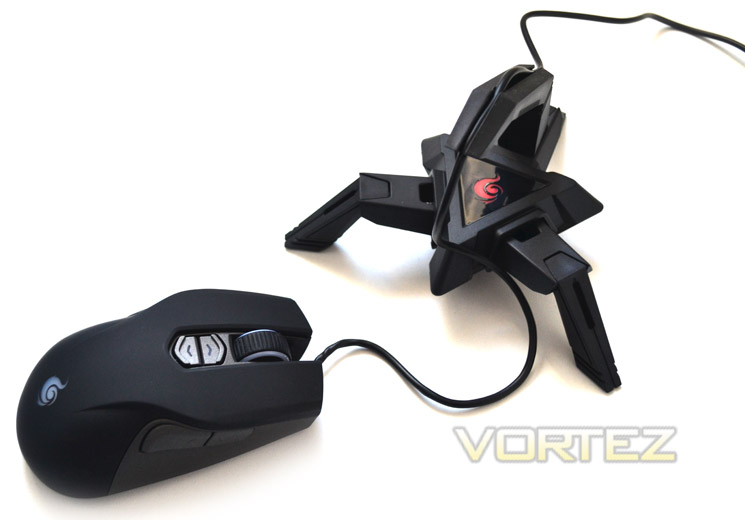 We also have the Skorpion to try out with the Recon today. A mouse bungee which will hopefully keep wires away from the mouse pad. This is an irritation for everyone who has ever used a wired gaming mouse. Keeping the movement of the mouse slick without getting tangled up during intense gaming sessions often results in a rats nest of wires, not least the mouse cable which not only looks unsightly but can also interfere with your gaming prowess. The Skorpion is here to save the day and should give 'wireless mouse gamers' pause for thought as this sort of occurrence should now be a thing of the past.

CM Storm on Recon
The Recon Gaming Mice is designed specifically for gamers that demand the utmost in durability, functionality and accuracy. The ambidextrous form factor and rubberized coating making it a versatile for all types of grip gestures. Recon equipped with a pair of Omron Micro switches and Avago 3090 high precision optical sensor, allowing users to switch choice of 800, 1600, 3200, 4000 dpi on-the-fly as well as integrating 5 profiles and 36 macros to personalize the mouse at your own preference.

Ever missed the perfect shot cause your mouse cord got stuck? Are you tired of mousecord drag and pull? Do you constantly bend and move your mouse cord around, but dont want to compromise and go wireless? Get the Cooler Master CM Storm Skorpion and make your mouse feel like its wireless! Dont restrict your options to a few tiny wireless mice, use any mouse you want. No added delay, interference issues, higher weight due to batteries, and constant recharging and swapping batteries like actual wireless mice.