👤by David Mitchelson  Comments 📅06-01-21
Power, Temperatures, Acoustics
To test for power consumption, we take a measurement from the plug socket. It is important to note that the figures below represent total system power use and not just the GPU. The CPU was always in a fixed state so did not affect the additional power load when the GPU was placed under 100% load using AIDA64 stability test (GPU Only) which was ran for 20 minutes at which point a load reading was taken. Idle readings were taken 5 minutes after system boot to ensure any background services and applications had loaded. 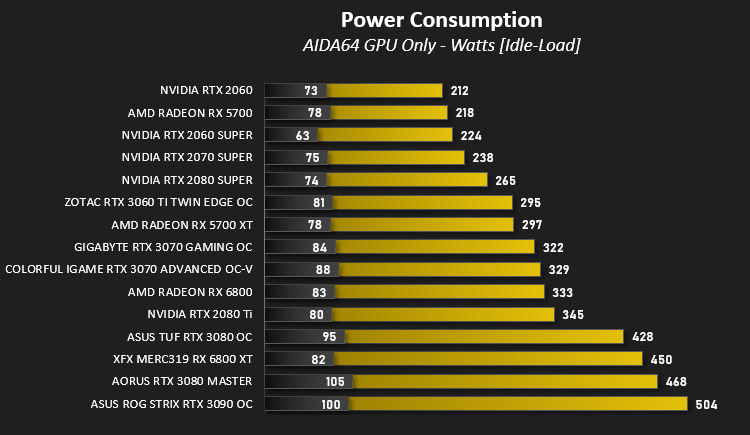 To test temperatures we measured idle temperatures after booting windows, letting all applications finish loading and ran a few benchmarks. Once the benchmarks were complete we left the card to reach a cooling plateau where we then took the idle temperatures. For the load tests we set Unigine SuperPosition running in game mode continuously for ~30 minutes and recorded the peak/maximum GPU temperature. 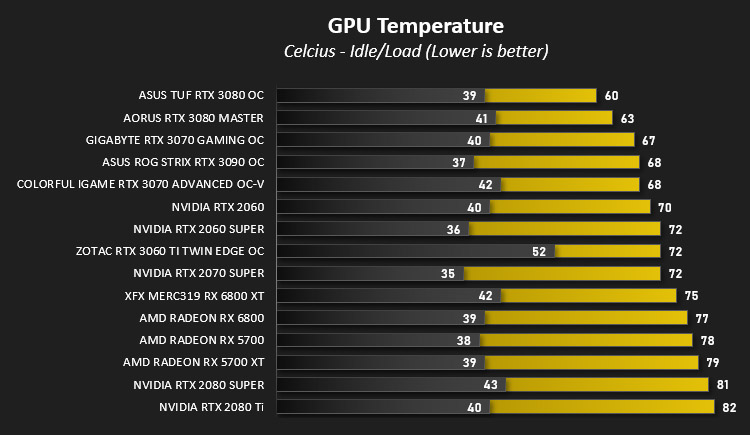 For the purpose of testing audio levels we have the NDI KC-3300 sound level meter. During the temperature recording above, while in Unigine SuperPosition gamemode we monitored the audio and the results are found below. All graphics cards are tested in their out of the box state (auto). 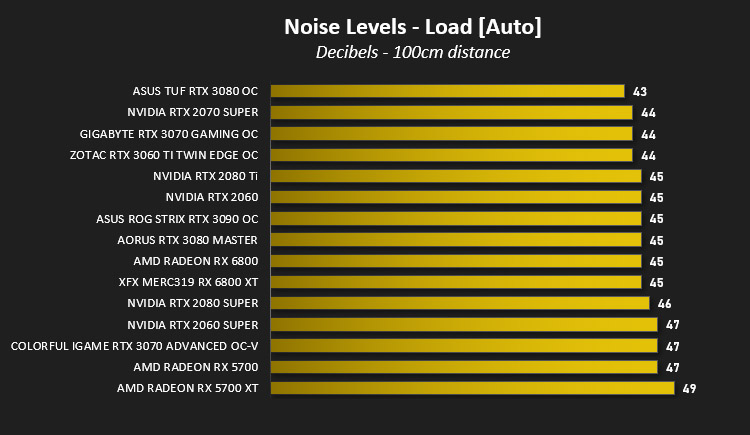