👤by David Mitchelson  Comments 📅13-03-10
GX 550W
With the technical run down out of the way we can take a good look at the unit Cooler Master have sent. As already mentioned we have the 550W variant identified from the other versions by its strong display of green artistry. Our box immediately shouts gamer by its distinctive typography and graphics. On the side we get a glimpse of what cables come with our Cooler Master GX 550W. 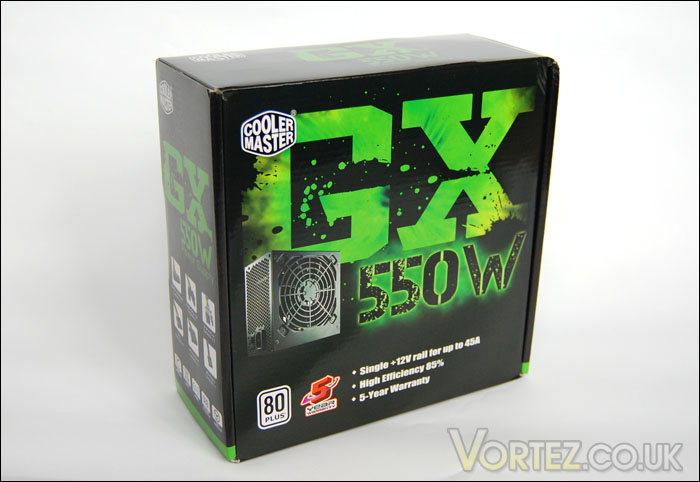 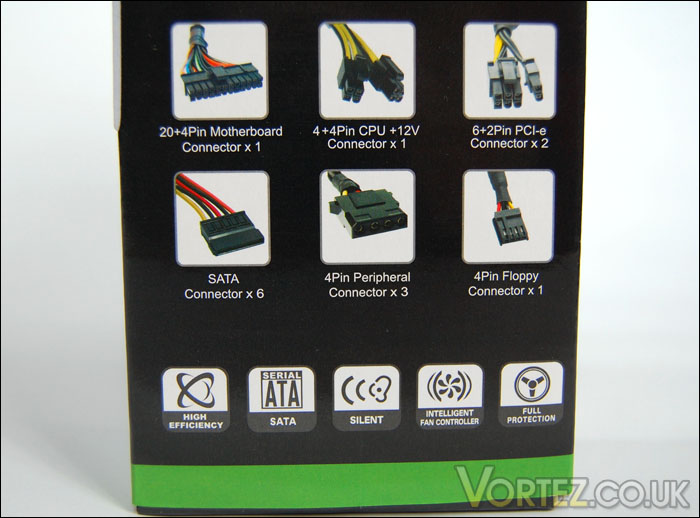 So all the above connectors are what you would expect from a unit of similar calibre. Opening the box up we see the full range of contents included. Here is the list. 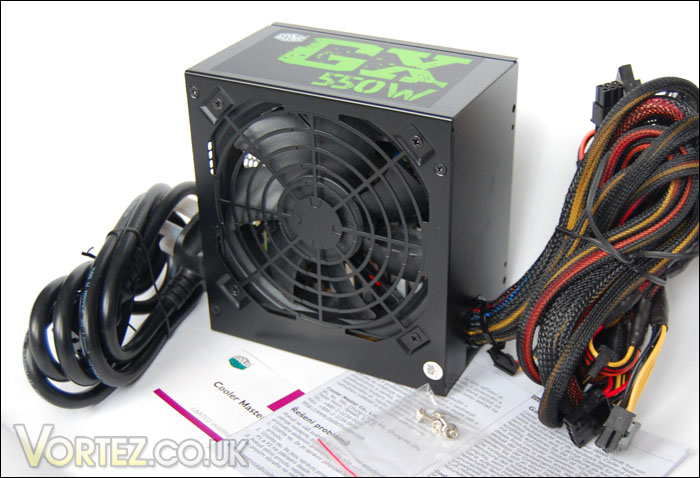 Taking a closer look at the unit itself, as with the typical power supply unit one side has the power ratings. These ratings look solid, what you may notice fairly quickly though is that for the 12V+ line there is just a single rail rather than being distributed amongst multiple rails CM have decided to give the GX a single 12V+ that is pretty strong. 44A and a maximum of 528W is quite impressive. This will be able to take pretty much anything I throw at it. Another thing to note is the dual 5V rails. Usually our units would have just the one 5V rail, some extra power for multiple HDD/DVD drives. 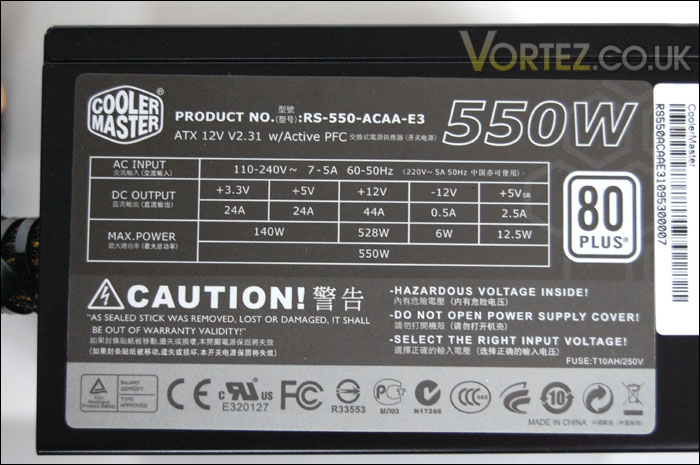 The GX unit comes with an ultra silent 120mm speed controlled fan. A little later we will see just how quiet this is. Having the GX cables stretched out shows the rather lengthy coverage they give you. There should be no problems at all with having this in a top or bottom seated configuration inside the case. What I like especially about this unit is that CM have chosen to braid the cables in the sleeve from within the actual unit rather than like other manufacturers  begin sleeving the cables an inch or two outside which makes it looks messy and doesnt really assist with that all important cable management which is the whole reason you want a sleeved unit.

Below is a nicely arranged diagram for you to check out the various internal components inside the GX. Testament to the features that Cooler Master refer to in their specification notes, they don't just talk the talk - justified engineering right here. 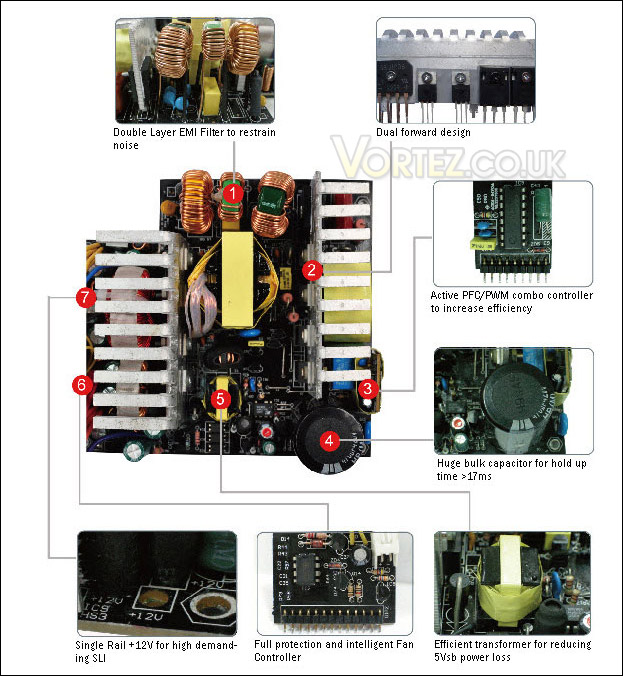