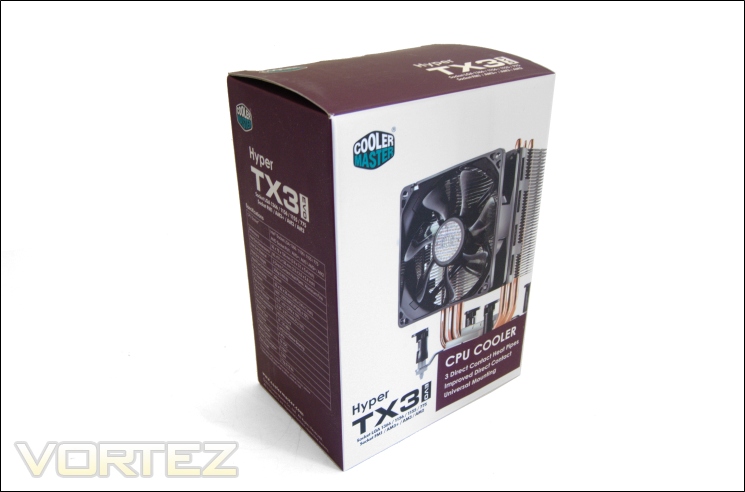 The packaging
The Cooler Master Hyper TX3 EVO cooler comes packaged in a very compact pink and white cardboard box, following the same design scheme as the Hyper 212 EVO and the Hyper 612S packaging. Depicted on the front is the heatsink and fan along with the model name below it as well as some of the key features. For the most part, the aesthetics arent remarkable but does a very good job informing potential buyers what to expect. 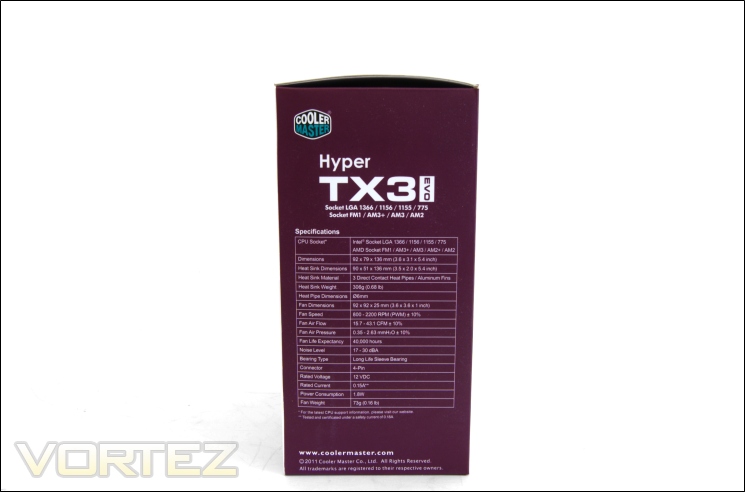 The specifications
On one side of the box is listed all the specifications of the heatsink and fan. The table in which they are listed in is very comprehensive and gives users an idea of the size and weight of the cooler, a list of compatible sockets, and the rated fan rotation speed and noise level. The cooler supports all current Intel and AMD sockets including AMD FM1. On the Intel side, socket support dates back to LGA775 and now includes LGA1366 whereas on the AMD side, only the AM2/3(+) and FM1 sockets are supported with no compatibility with the ageing socket 939/754. 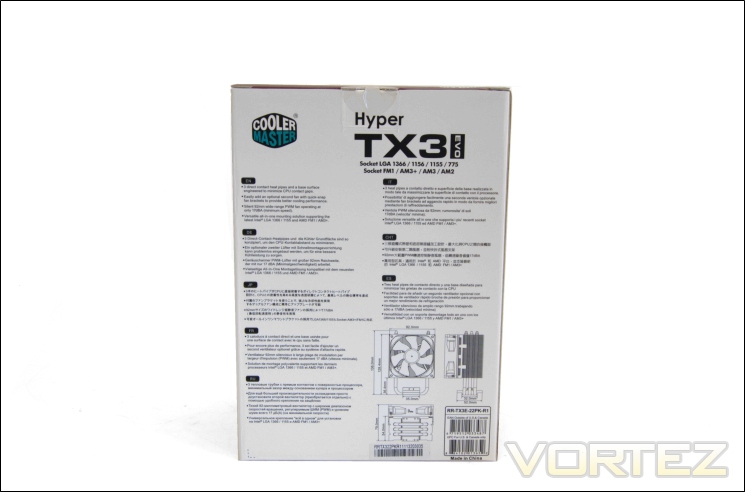 The features
At the back, Cooler Master details some of the features of their Hyper TX3 EVO along with an illustration of the cooler dimensions so users can see if it will fit in their cases or not. These are repeated in 7 other languages, demonstrating Cooler Masters global marketing. 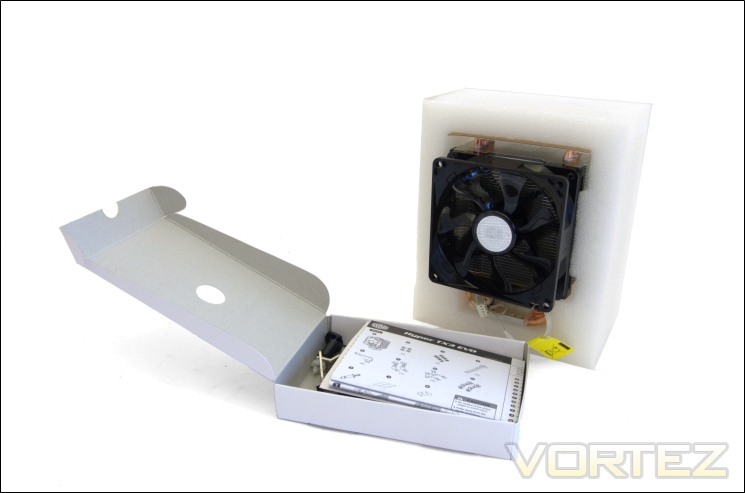 The inside of the box
Inside, the cooler is enclosed in foam for added protection and the accessories are all found in a plain white box along with the manuals. 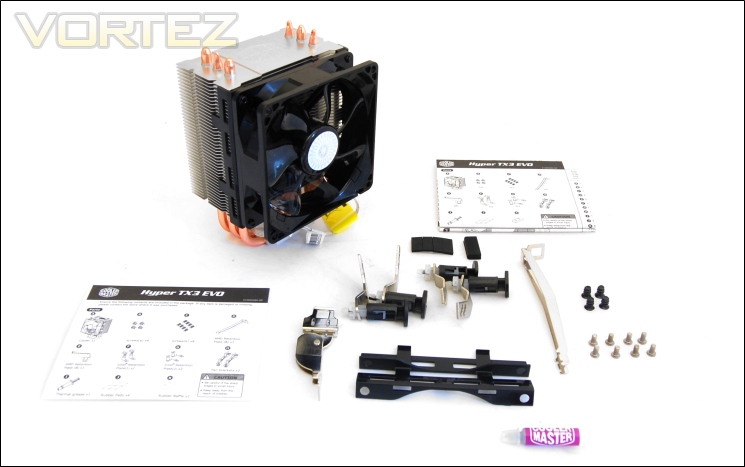 The bundle
The mounting mechanism uses the same push-pin method as the non-EVO TX3, the only change being that the Intel retention plates now support LGA1366 mounting holes. Included are:

The push-pin mechanism is designed for quick painless installation without having to remove an already installed motherboard and installing back plates. As we will see later, the method is very straightforward. 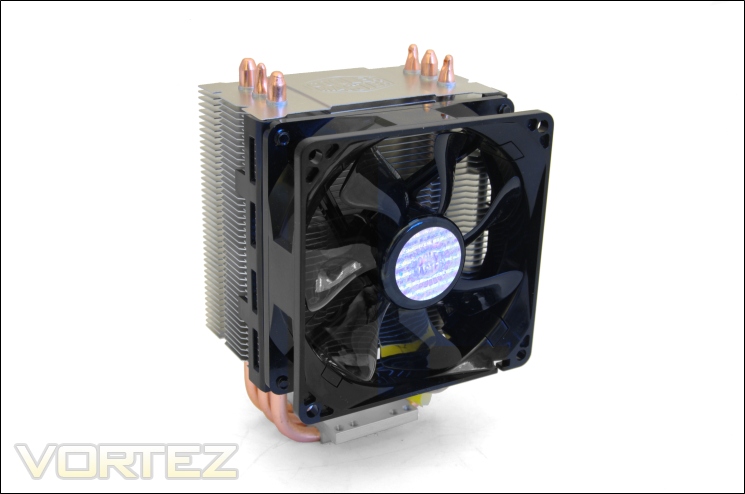 The cooler
Immediately noticeable is the compact size of the Hyper TX3 EVO and its 92mm fan. Design wise, it boasts a familiar Cooler Master aluminium and copper finish attributed to the fins and heat pipes respectively. The cooler is only 92mm in length and 139mm in height so it has no compatibility issues with smaller mid-tower cases. The dimension also gives the cooler a somewhat boxy profile. Like the rest of the Hyper family, aesthetics isnt a highlight of the cooler, settling for a very mundane tower design lacking nickel-plating or fancy fin designs. No doubt this is a cost saving feature but as we have grown to learn from Cooler Master, simplicity is sometimes the best approach.