👤by Ed Hume  Comments 📅22-12-13
Testing Setup
Cooler Master provided seven Jetflos  one for tearing apart and six for testing. They sent five Sickle Flow X fans, one of which was destroyed to examine its POM bearing. CM also sent along a standard Sickle Flow to have its bearing exposed. The results presented here are the averages of four Sickle Flow X fans and six Jetflos.

The fans were tested first in free air, with their RPM noted and their noise measured from 10cm with a Tenma 72-942, which can measure SPL accurately down to 30 dB(A). The SPL was adjusted for distance to the equivalent of 1 meter.

Each fan blew into a sealed box. The box captured all of each fans output, no matter how broadly spread. Blowing into the sealed box allowed the air to mix, so the dead spot caused by the hub was gone. Because what goes in must come out, the entire output of each fan exited through a circular opening which had a diameter of 115mm, the area swept by a fan with a 120mm frame.

The output of each fan was measured in cubic feet per minute. Yes, this is not metric but CFM is an industry standard allowing comparisons between fans and fan types. An Extech AN100 anemometer kept track of the output of each fan by averaging ten measurements. Each fan type was then averaged  four Sickle Flow Xs, six Jetflos, and at least two each of the comparison fans. 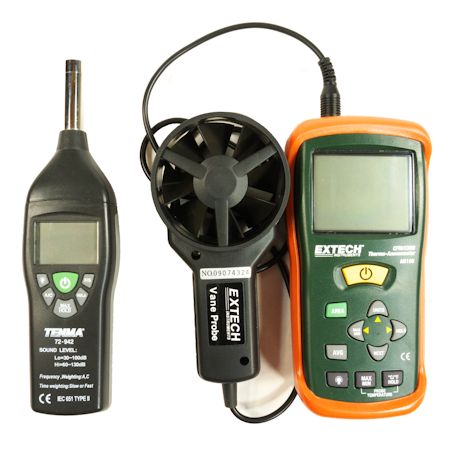 Each Jetflo fan was tested at 12 Volts, with its two adapters, at 7 Volts and at 5 Volts. The Voltages were chosen because they could be supplied to the fans without using a fan controller. Various fan controllers can introduce noise into a running fan, so to remove that possibility the three fixed Voltages were used. Unfortunately, providing 7 Volts to a fan means that speed cannot be obtained from the motherboard, so RPM data was not known. However, each Jetflow invariably ran faster at 7 Volts than it did with its 1200 RPM adapter.

The Jetflos, the Sickle Flows and the Sickle Flow Xs were tested without obstructions, with a dust filter, and mounted on a radiator. The rad was a Black Ice GT Stealth 240, with 30 fins per inch  a challenge for any fan. 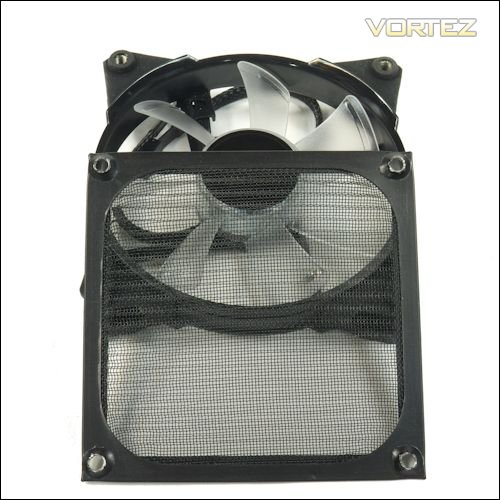 The comparison fans were mostly the San Ace Silent series. They were chosen because they are designed to produce a relatively high static pressure, important in a fan used on a rad. The San Aces are expensive, high end industrial fans, guaranteed to beat their specifications no matter how much variance occurred in the manufacture. Four pairs of these fans, spanning a nominal range from 1500 to 2700 RPM, provided a mighty challenge for the Jetflo. A pair of Silverstone Air Penetrators was used to cover the low end of the spectrum for relatively high static pressure fans.