👤by Ed Hume  Comments 📅22-12-13
Results of Testing
The table below presents the results of testing Sickle Flow, Sickle Flow X and Jetflo fans, along with comparators. To the left of the central line, each row presents the manufacturer, the model name and other information such as nominal fan speed. The final number is the average of the speeds of that model fan in free air, in RPM.

On the graph side, the bars in blue represent the average of the sound pressure levels in dBA. The portions of the bar in dark red show the output pushed through the radiator. The portions in green show how much air each model fan pulled through the filter. And the longest part of the bars  bright red in tested fans, black in comparators  shows the amount of unobstructed airflow.

Overall, while fans tested previously met their specifications, the fans shown here all exceeded them. In fact, the Cooler Master fans met their unimpeded specs while working behind the filter.

One important aspect you will not see in graphs: the Jetflo PWM circuits are silent.

Thats right: there is no PWM clicking in these Cooler Master fans. 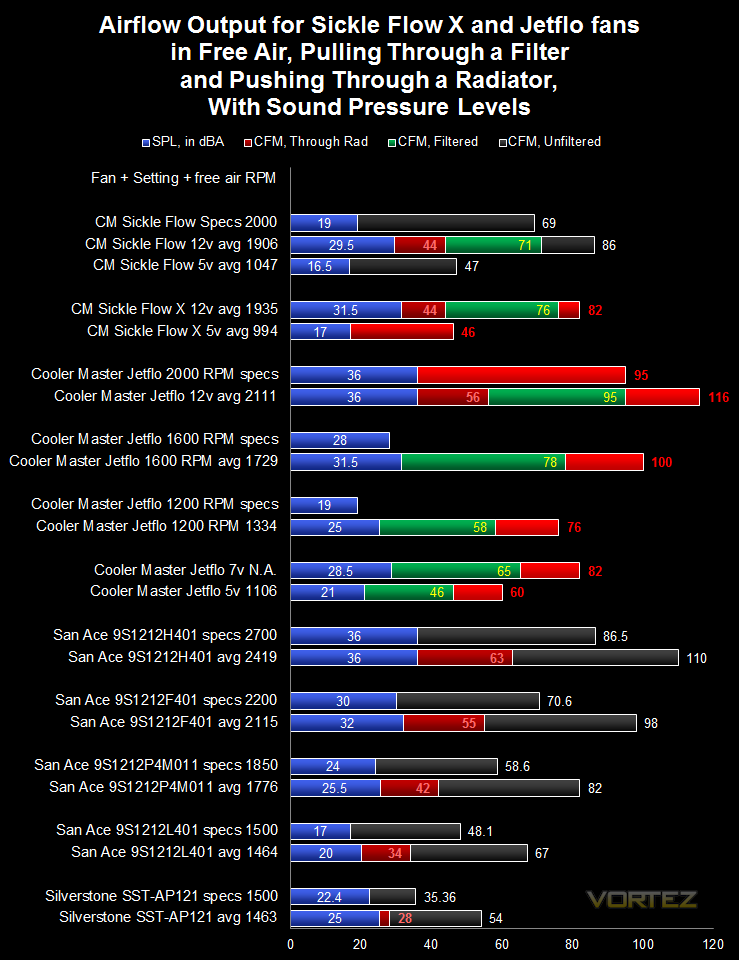 The rubber corners of the Jetflo fans were tested in a primitive fashion. The fan was held to a metal surface, first with the corner contacting the metal, then the frame. The frame-to-metal contact was significantly louder. Clearly, the rubber corner was doing its job.