👤by Weston Dakin  Comments 📅20-11-18
Conclusion
There is a fair amount to like about the Cooler Master MP750, but like with most products, it does have some minor flaws. One issue we noted was the stitching around the bordering edge caused some fatigue in the wrist area. This isnt an issue if you often wear long sleeved clothing, but if you wear t-shirts, then the stitching can rub against your skin causing some discomfort.

Another minor problem we found was with the illumination, its very bright in places and duller in others, this creates an unpleasant illumination which doesnt look that pleasing to the eye. This is due to there only being two LEDs which in this case isnt enough for the product. One other minor problem we found was that our sample arrived and it wasnt perfectly flat, attempts were made to resolve this, but those attempts did not work. This meant that the pad wasnt touching the desk fully and essentially didnt look all that nice.

However, the MP750 fights back and almost overshadows the main issues we have with it. One area we really liked was the portability. Usually, RGB enabled mousepads arent that great to travel with as they are rigid, but Cooler Master has found a way around this and made the MP750 flexible. Also, it has a removable cable which further increases its portability. We also found that the design and build were good as the MP750 feels well made and features a design that isnt too over the top.

The final strong attributes are the underside grip, on-the-fly control and software. The underside grip works really well and helps keep the MP750 planted. The on-fly-control also works nicely as it enables you to adjust the lighting without the need for any software. The software experience was also good, and it allows you to further customise the lighting to your taste.

Overall the MP750 is a decent product, however, given its £42 price tag, we feel that it simply isnt worth it. We will admit that it has some nice points, but the asking price is simply too much. If the MP750 was around the £30 to £35 region, then it would be a better buy, as is though, its too expensive for what youre getting. 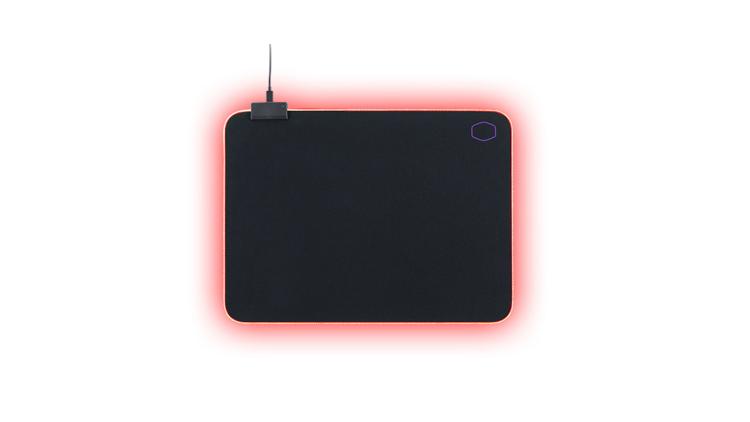 The Cooler Master MP750 is a nice addition to their mousepad lineup, but, its high price point is its Achilles heel.