👤by Matthew Hodgson  Comments 📅24-10-19
Conclusion
Despite looking at plenty of Cooler Master equipment over the years, weve never evaluated one of their fans, because of that, we had no clue how this would perform.

The SF120M has a rather unique appearance with its asymmetrical design. The metallic inserts, curved blades, interconnected frame and black colour scheme all add up to a very decent looking fan, particularly if youre not a fan of that RGB nonsense all the kids are doing.

A couple of features we really liked were the removeable PWM cable, allowing you to daisy chain up to three together on the same motherboard header, or wire them up individually. Handy if youre using these on a watercooling radiator or in banks of two or three. However, if we were to find fault with the swappable cables, the length of the single cable was far too short to be useful in a lot of scenarios, at only 200mm in length.

The speed select is another nifty feature for keeping your system quiet, allowing you to select from 1200, 1600 or 2000 maximum RPM; the base RPM remains at 600 for all three settings. The selector isnt easy to get to once the fans installed, mind you.

The pricing, set at £24.99 in the UK and the same across the pond, put it firmly in the sights of the Corsair ML120 and Noctua NF-A12x25, two fans that wed already tested. The graphs paint a bit of a mixed picture, with it evidently moving a lot of air at its 2040 RPM maximum speed but also making quite a lot of noise at the same time, however, we then tested it locked to its medium setting which didnt really impact its ability to cool the CPU but it did drop its noise output considerably. So, with that information, you could run this fan on its medium setting unless you absolutely need all of its performance, for extreme overclocks or high performance machines. 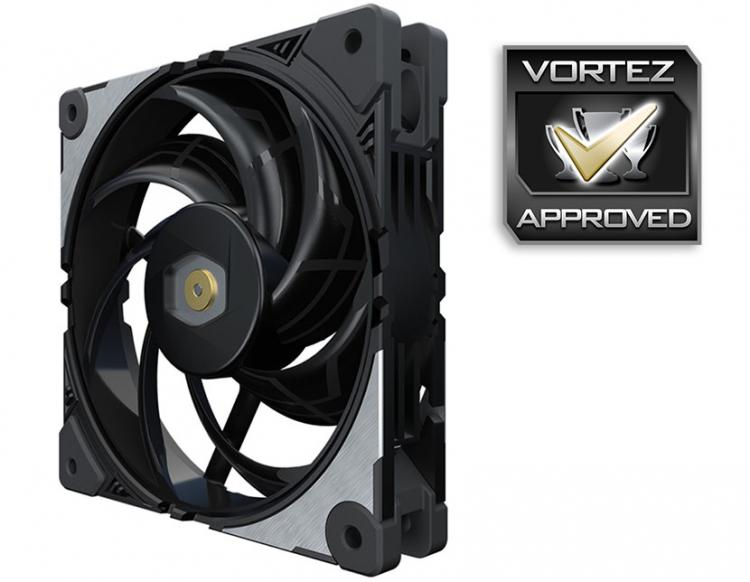 Overall, the CM MasterFan SF120M is a good fan with great cooling capabilities but it does get a touch noisy at 2000 RPM. The removeable fan cable and unique design are endearing features though.

There are currently 857 user(s) online:
Google