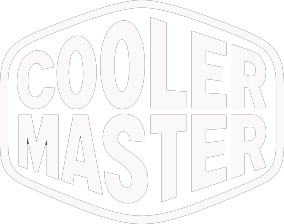 One could argue that there are just as many people that hate RGB lighting as there are that love it, and this could be for various reasons too. These reasons could include: Steep Price hike over non-RGB, most lighting effects can be rather distracting and useless, or even the fact that people don't like to be reminded that Nyan Cat existed. Though this doesn't mean that they don't want the functionality of a backlit keyboard. Even today, people may be torn between choosing different model keyboards based on the static colour of the backlighting. Logic is now beginning to dictate that, if you want a keyboard with coloured backlighting, a RGB keyboard is now the way to go, because it covers all the flavours you could possibly want. There is a one particular hue that RGB lights struggle to accurately render: White. RGB LEDs display white as a composite of each Red, Green and Blue, and requires a perfect balance between each of the three colours. Some get close to a balanced appearance but the vast majority usually end up looking pinkish, bluish, or even greenish, and rarely the brilliant snow-white that looks pure and vivid. The other advantage with having white LED backlighting is that it is a neutral hue that will blend into any themed setup without looking garish or out of place.

There are some other keyboards that have adopted the snow-white LEDs previously but the MasterKeys Pro S White, like its siblings, features the extra large, ultra bright LEDs that will set it apart. The MasterKeys Pro S White still features some party pieces, including various lighting effect modes and per-key customisation, and like its bigger brothers the M and L (wait, so the nomenclature means Small, Medium and Large??... I could be having a dumb moment) it still has the Macro record function, and the auto swap 6KRO/NKRO. Available in Cherry MX Red, Blue, and Brown flavours (also in Speed Silver in the US), there is enough variety to satisfy each corner of the market.


Overview by Cooler Master
The MasterKeys Pro Intelligent White keyboards deliver the brightest white LED backlighting with the best responsive feeling that gamers have come to love. Get multiple LED lighting modes, on-the-fly macros, profile support, and CHERRY MX switches -all in a classic, minimalistic design. For those looking for a crisp and clearer white that an RGB keyboard cannot deliver, the MasterKeys Pro White are for you.