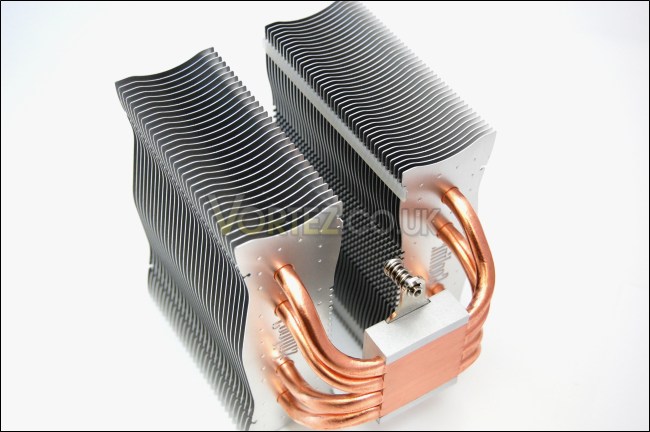 The heatsink again
The heatsink is fairly big with its 155 x 140 x 121mm dimensions that makes it comparable to the Noctua NH-D14. The gap in the middle is only wide enough for a 25mm thick fan. Unlike the sharp razor-like fins of the NH-D14, the Corator DS's fins have edges that undulate gently all around. 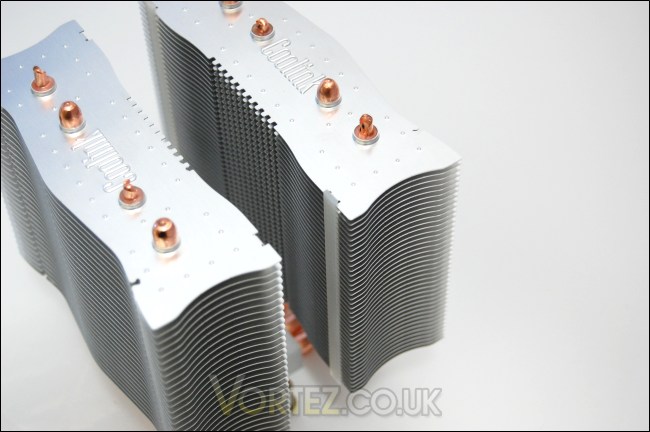 Two anti-vibration strips
To dampen the fan, the Corator DS makes use of anti vibration strips along the radiator on which the fan sits. Small grooves on the sides ensures that the fan stays secure. 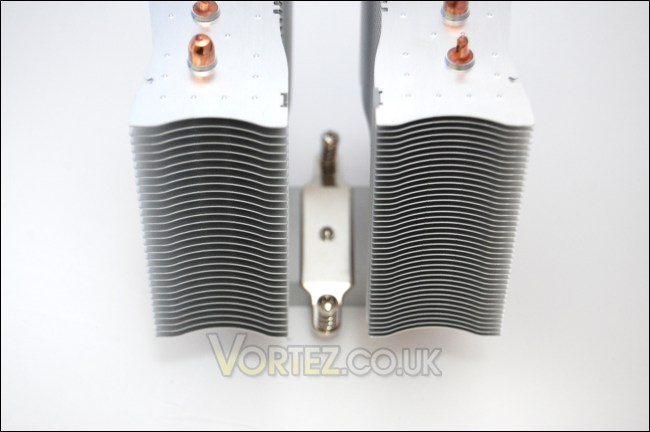 The pre-installed mounting bracket
A small bracket is attached to the base of the heatsink for installation onto the SecuFirm 2 mounting system. Its location does mean that the fan has to be removed so a screwdriver can reach down. Unfortunately this is not provided like it was with the NH-D14. 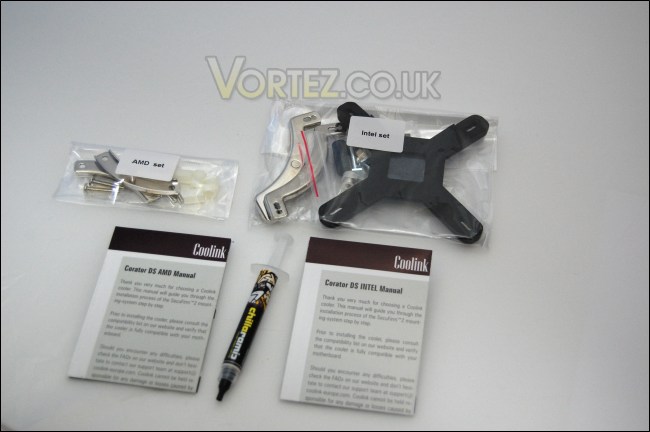 The bundle
The bundle includes two sets of mounting kit, one labelled AMD and the other, Intel. The Intel bag contains the motherboard back plate, 4 long screws that feed through the motherboard, 4 plastic spacers and 2 mounting bars onto which the cooler screws onto. The AMD bag has its own set of brackets but no back plate. The SecuFirm 2 mounting kit is compatible with all recent AMD and Intel sockets including AM2(+)/AM3, LGA775/1156/1366. Also bundled is 2g of the Chillaramic thermal compound. 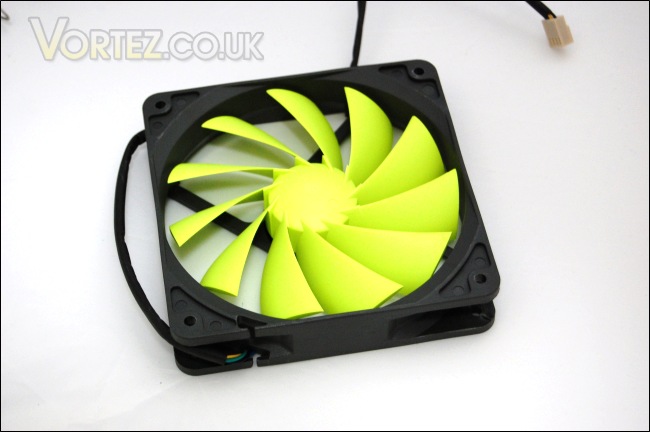 The fan
The fan is the vibrantly coloured SWiF2-120P PWM fan. It operates between 800-1700 RPM although during testing, it did reach 1900 RPM! The Pulse Width Modulation function allows the motherboard to control the fan speed based on load, so it should remain quiet during normal operation. As such, it requires a 4 pin header on the motherboard for full PWM functionality. 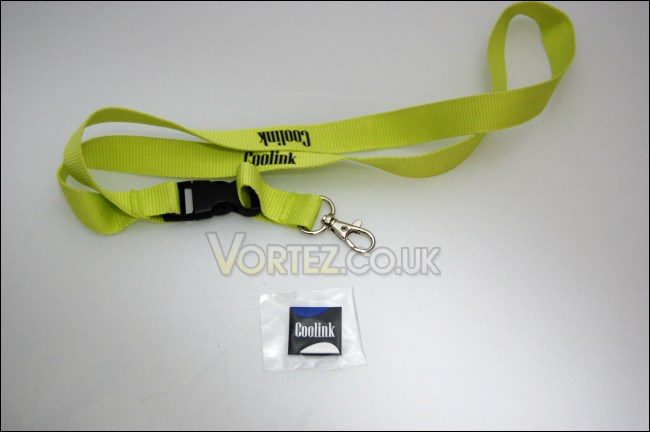 A Coolink strap and case badge
To top off Coolink's brilliant offering, they bundled a nice fluorescent strap and a flexible case badge. It sure beats the generic stickers manufacturers often bundle with their products.