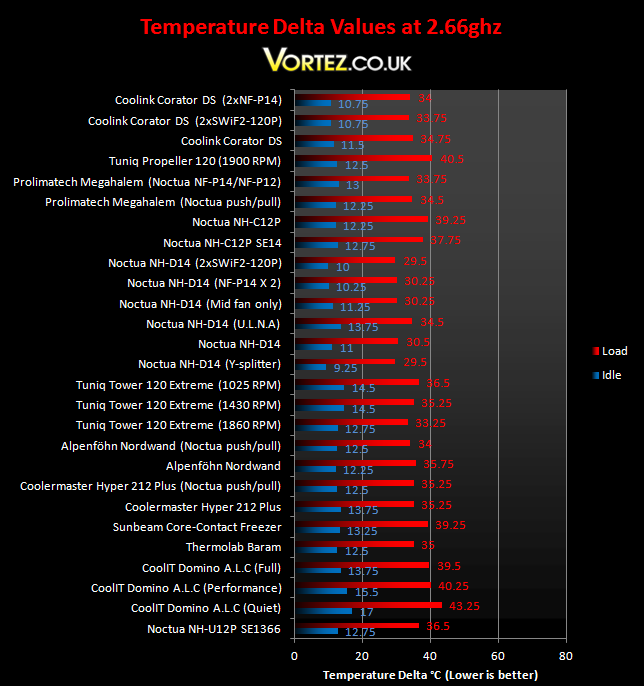 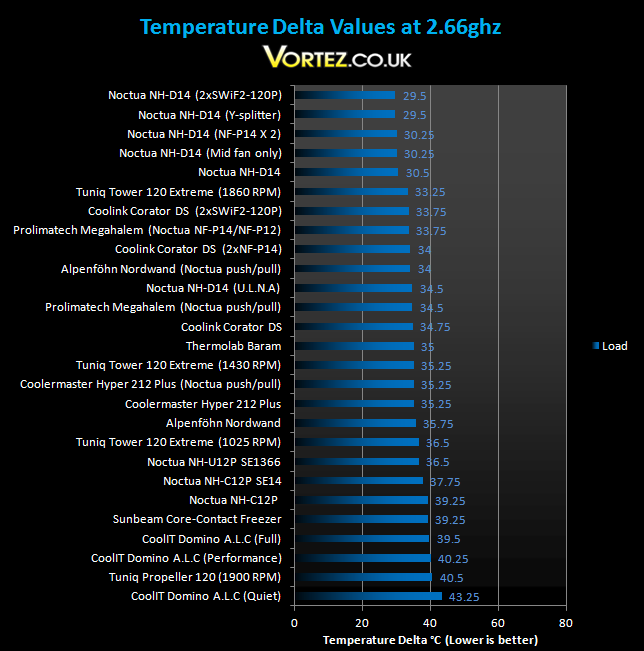 At stock speed, the Corator DS performs admirably. With just the one fan attached, it proved superior to the Thermolab Baram, and a mere 2.5 degrees behind the push/pull Prolimatech Megahalem setup under load. The three Corator DS configurations yielded some of the best idle temperature deltas on our list, matching the might NH-D14, an impressive feat for a cooler whose price would not make you believe so. Adding a second fan to the Corator DS cooler proved to be quite effective but not enough to top the charts under load. However, a stock Core i7 is not enough for the cooler to truly flex its muscles.