👤by James Clewer  Comments 📅13-10-09
120mm packaging
The 120mm fans come with the same brightly coloured box art. Once again the front is windowed to allow the multi finned arrangement of the fans to be viewed while the rear, as before, displays product information. 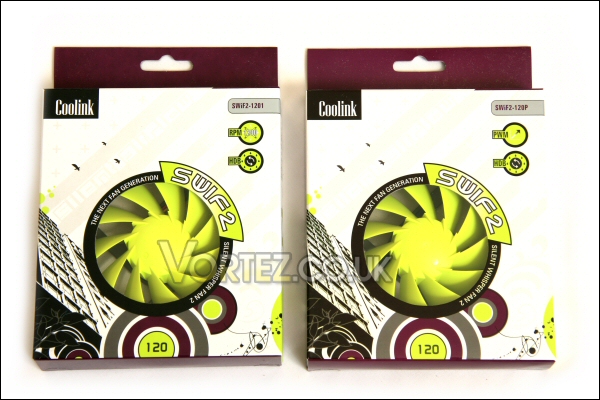 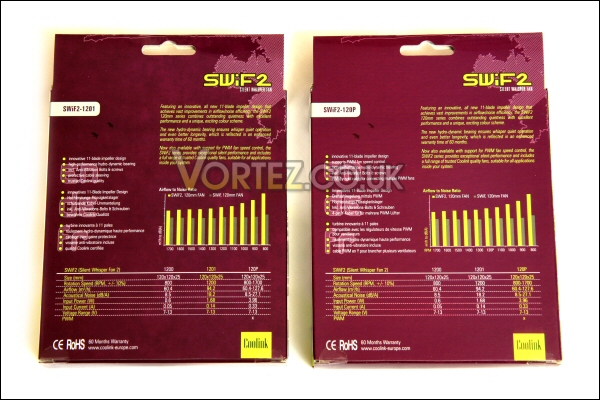 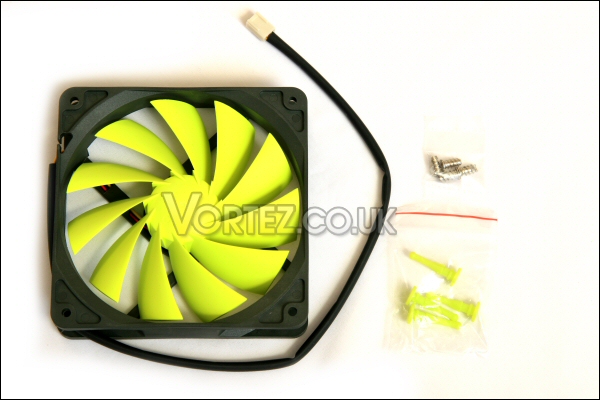 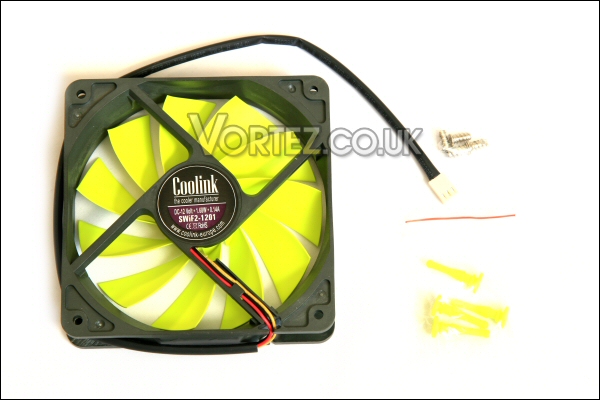 Finally we have the SWiF2 120P which, like its smaller brother, is supplied with a PWM fansplit cable, 4x solid metal screws, 4x anti-vibration bolts and a fully braided cable. 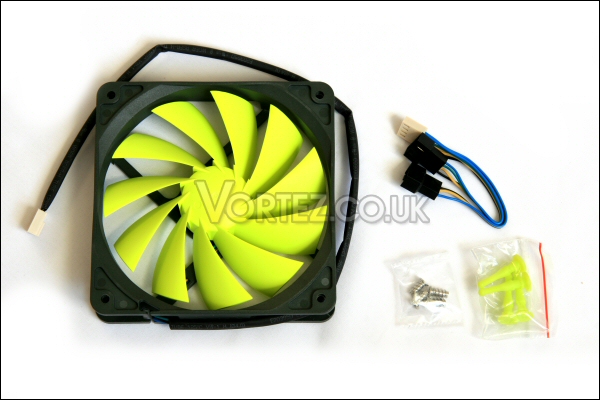 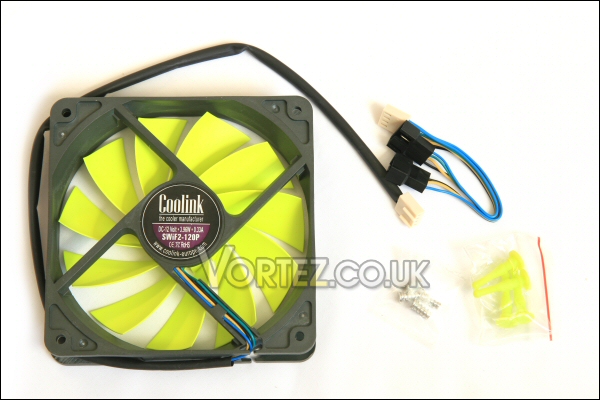 The 92mm fans both use a fairly standard 7 blade design like much of the competition. The 120mm fans are quite different and feature a tightly bunched 11 blade assembly. Its going to be interesting to see how they perform in particular. 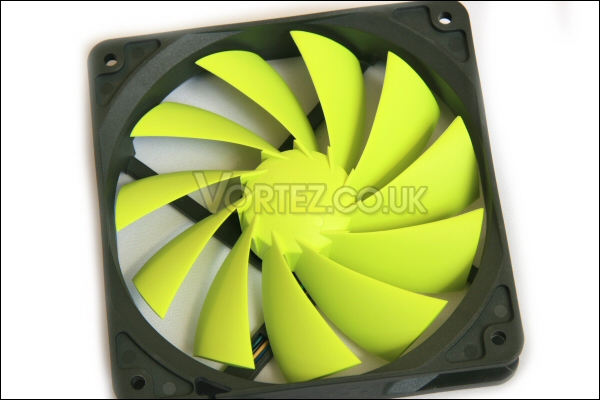