👤by Matthew Hodgson  Comments 📅18-02-20
Closer Look
As the packaging suggested, the A500 isnt a small cooler by any stretch. With both fans installed, the outer dimensions are 180mm x 176mm x 143mm. Cooling performance, then, should be good. 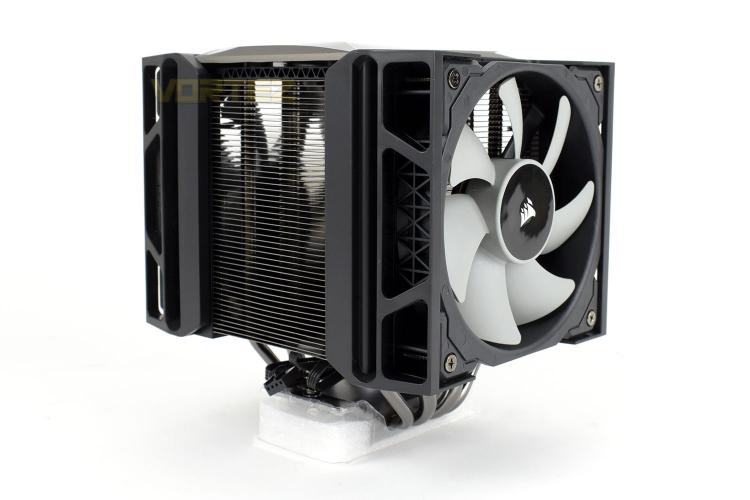 The two ML120 cooling fans are arranged in a push-pull configuration, helping to draw in and extract as much air as possible. These cans can be moved upwards to accommodate taller memory modules. 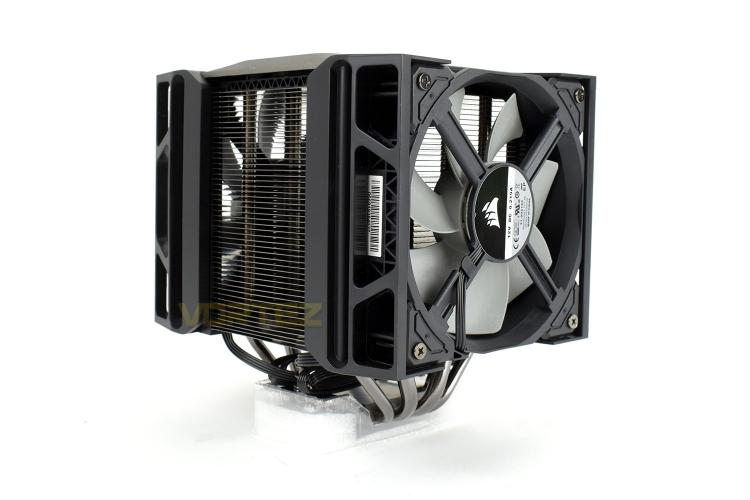 Atop the cooling tower is a fancy, brushed metal lid with a prominent CORSAIR logo in the centre. 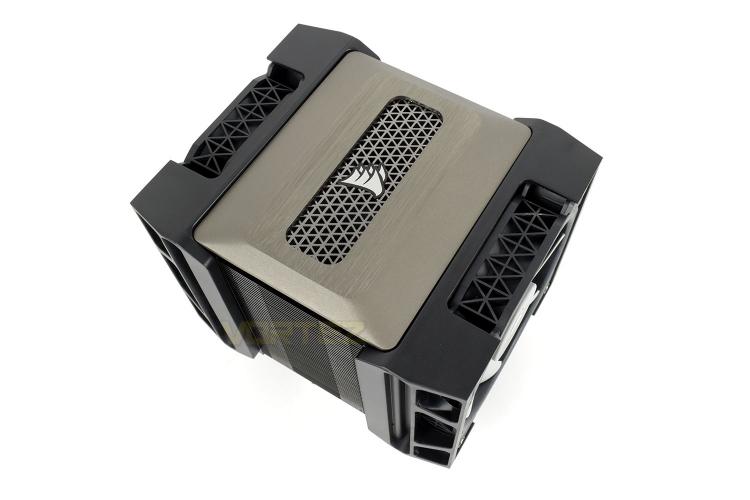 Removing that lid, you can see down into the middle of the cooler where theres two installation screws that are used for the Holdfast Retention System. 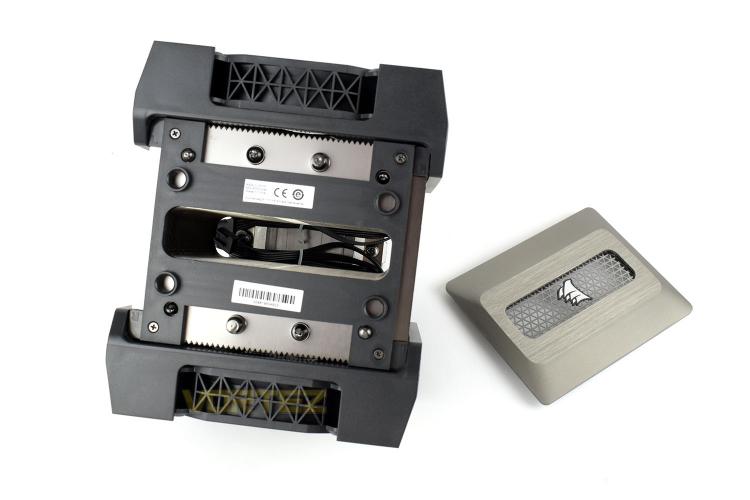 Perfectly applied to the base is a chess board, only made from CORSAIRs XTM50 thermal paste. The coolers coldplate is made from 4 direct-touch heatpipes, two 6mm and two 8mm. 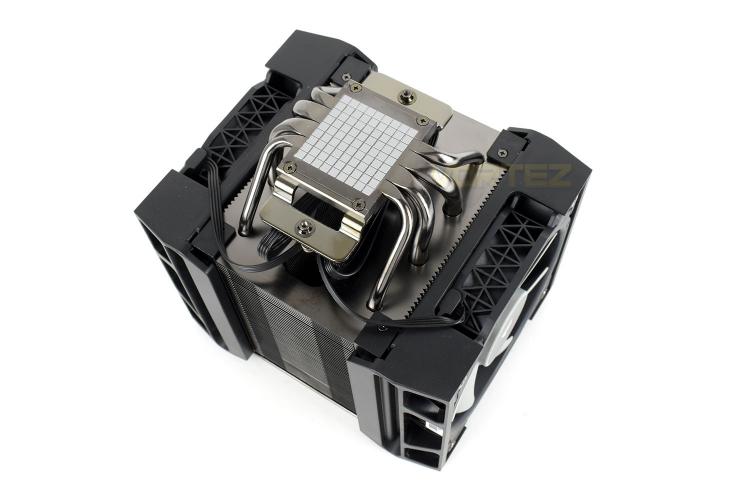