Back in September of this year Corsair announced availability of their new 400R from the Carbide series. They also unveiled the first pictures of the upcoming 500R  the bigger brother of 400R.

Also available in White, the 500R builds on the classic looks of the 400R with sleeker lines and larger internal dimensions. One of the most intriguing features of the 500R is the space for a H100 (or similar thin 240mm radiator) in a roof compartment. 500R has 4x pre-installed fans, an abundance of space and most importantly at an attractive price-point that will give those on a tighter budget that leeway to excellence. We've got an exciting new product on our hands so let's waste no further time and begin our analysis of the new 500R. 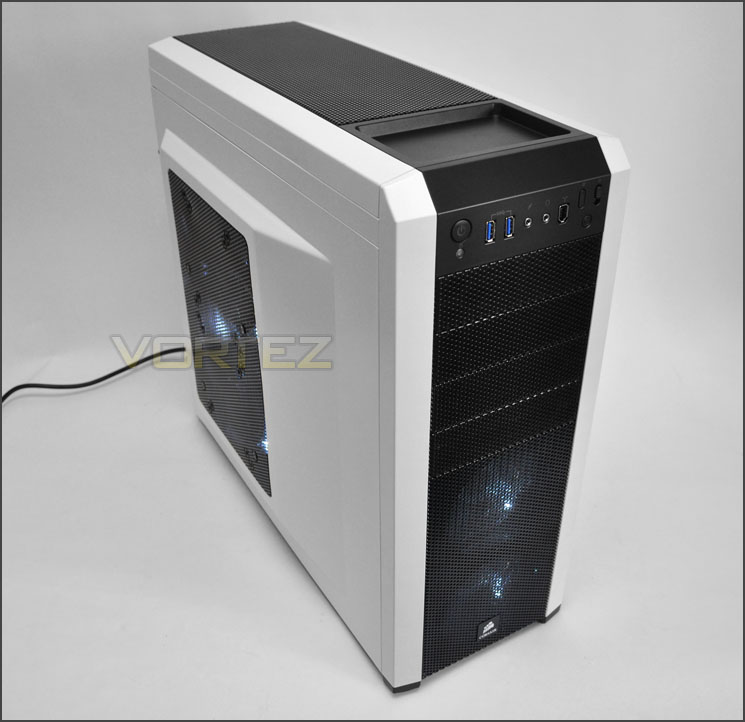 Corsairs take on 500R
Want even more outrageous cooling flexibility? Step up to the 500R. It adds a 200mm fan mounted on the side panels mesh screen for extra GPU cooling, a multi-channel fan controller, and removable and relocateable hard drive cages. The ability to move and remove hard drive cages not only improves airflow  it also allows you to install graphics cards of up to 452mm in length.