The new Corsair Force LX range of SSDs replace the outgoing 'LS' models. This means the LX will be the budget SSD in the Corsair range. That isn't to say the LX is simply a name change, it isn't but costing a fiver short of £100 and £57 for the 256GB and 128GB models respectively it is clear who Corsair's target audience is. SSDs have been coming down in price but finding a model capable of providing a suitable amount of storage and not just enough space for a boot drive has been a difficult task, especially considering the price gap between mechanical and solid state drives. So, breaking the magical £100 barrier for a 256GB drive is a fine achievement in itself and should be enough to tempt those looking to give an ageing PC a speed boost. We make no secret to the fact that upgrading a mechanical drive to an SSD is perhaps the single best upgrade that will provide a solid boost to a PCs performance. 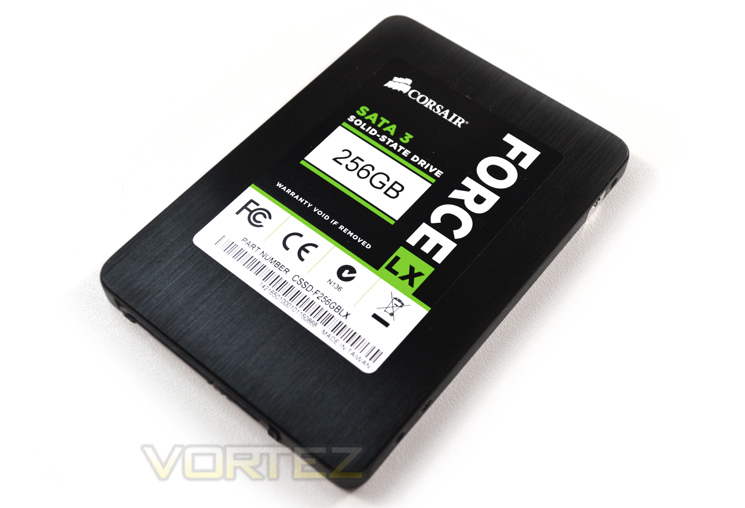 A new low price is not the only refresh between the LS and new LX drive though because Corsair have seen fit to incorporate a Silicon Motion SM2246EN controller and paired this to Micron 20nm ONFI NAND. This should allow the drive to reach 560MB/s read speeds which is plenty fast enough for a drive of this price point. Read speeds are not the be all and end all of a product though and as we have seen in the past. Write speeds are what can separate a good drive from an excellent drive.

About Corsair
Founded as Corsair Microsystems in 1994, Corsair originally developed Level 2 cache modules for OEMs. After Intel incorporated the L2 cache in the processor with the release of its Pentium Pro processor family, Corsair changed its focus to DRAM modules, primarily in the server market. In 2002, Corsair began shipping DRAM modules that were specifically designed to appeal to computer overclocking enthusiasts. From its roots in high-performance memory, Corsair has expanded its award-winning product portfolio to include ultra-efficient power supplies, builder-friendly cases, ground-breaking CPU coolers, blazing-fast solid-state drives, and other key system components.