A few weeks ago, we reviewed the Phanteks PH-TC14PE concluding that it represented the best in cooling performance without compromising on quietude. The natural progression for even superior performance while maintaining similar noise level is a custom water-cooling setup. Obviously, this requires patience, time, extensive research, money, and maintenance once completed. This is where Corsair comes in. Corsair are no strangers to all-contained liquid cooling (ALC) solutions, which were aimed at bringing liquid cooling to the masses as an alternative to more traditional air cooling. They introduced their first Hydro Series cooler back last year in the form of the H50 which proved to be highly successful thanks to their zero maintenance and easy installation. Since then, an array of new units has fallen under the Hydro Series umbrella, namely the H70, H60, and H80. Although similar in design and concept, the H60 and H80 units are the spiritual successor to the H50 and H70 respectively signifying a change from Asetek sourced units to CoolIT ones, who were ironically their previous competitors. Their latest H100 cooler is another CoolIT derived product that represents an evolutionary shift in ALC units.

Typically, ALC units have featured single radiators with varying thicknesses to increase surface area to thereby improve performance, the H60 and H80 being prime examples of such designs. Although they remain untested in our labs, Antecs KÜHLER H2O 920 and 620 have demonstrated what we can expect to see from such concepts. Although they generate good results, they all rely heavily on high RPM fans to do so thus defying their marketing as quiet solutions. Corsair have taken an alternate route to providing better performance using the same ALC concept by opting for a dual radiator design. Until now, dual radiators have mostly been used in high end custom water cooling loops where the increased surface area proves beneficial to cooling potential. Their slow adoption into the mainstream is likely down to case compatibility but a growing number of manufacturers are designing their chassis to accommodate such radiators so Corsair have taken advantage of this to introduce their dual radiator H100 cooler.

Dubbed Extreme Performance, Corsair have gone all-out to bring the best performance possible at a more favourable pricing compared to custom kits. The H100 bundles two high RPM 120mm fans that can have their speeds adjusted and the 120.2 radiator means that two further fans can be installed for even better performance. Unlike the H80 or H70, the radiator is a thin one but the sheer size is enough to promise good performance. The question is whether it can dethrone our top air coolers.

Products to Meet the Demands of Performance Computing

Corsair is a global company bringing innovative, high-performance components to the PC gaming market. Specializing in very high performance memory, ultra-efficient power supplies, and other key system components, our products are the choice of overclockers, enthusiasts, and gamers everywhere.

Founded as Corsair Microsystems in 1994, Corsair originally developed Level 2 cache modules for OEMs. After Intel incorporated the L2 cache in the processor with the release of its Pentium Pro processor family, Corsair changed its focus to DRAM modules, primarily in the server market. In 2002, Corsair began shipping DRAM modules that were specifically designed to appeal to computer overclocking enthusiasts. From its roots in high-performance memory, Corsair has expanded its award-winning product portfolio to include ultra-efficient power supplies, builder-friendly cases, ground-breaking CPU coolers, blazing-fast solid-state drives, and other key system components.

Corsair has developed a global operations infrastructure with extensive marketing and distribution channel relationships. Corsairs products are sold to end users in over sixty countries worldwide, primarily through leading distributors and retailers. 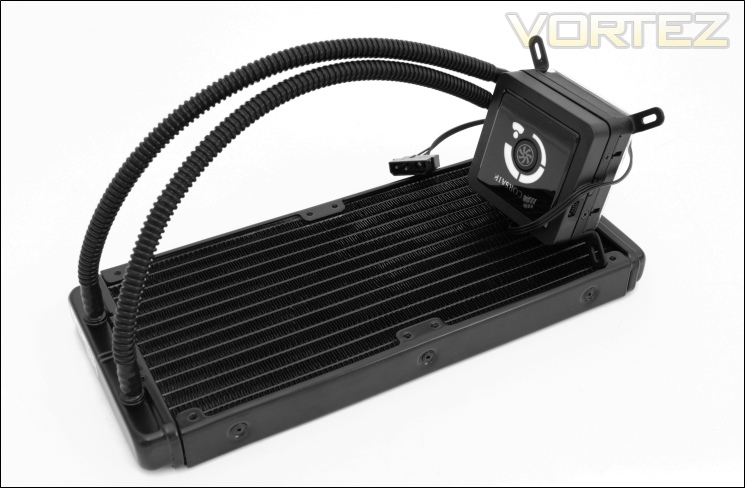 Lets see what Corsair has in store for us.