👤by Matthew Hodgson  Comments 📅01-11-18
Conclusion
Thermal performance and acoustics are both extraordinary on this CPU cooler, at both stock clocks and with our Intel 3930K overclocked. In the default state of 3.8GHz, the H115i Platinum topped our acoustics graphs with only 28dB(A) of noise, while overclocking to 4.4GHz, which almost doubles the idle power consumption, we only saw the noise rise to 30dB(A). Performance was better than the previous H115i Pro RGB in every test, showing Corsairs efforts to be more than worthwhile.

The RGB lighting is more than worth mentioning. The addition of individually addressable lighting on the pump head as well as RGB fans has completely transformed the overall aesthetic of the kit when compared to its predecessor. The Corsair iCUE software is largely improved also, with a whole bunch of built in effects which can be stacked and customised. Overall, this is the best looking RGB lighting weve seen on a CPU cooler.

Considering this is only around £10/$10 more expensive than the H115i Pro RGB, we imagine this will make the previous version completely obsolete, but its also only £15 more than the H100i Platinum RGB so unless youre stuck for space, this is the cooler to go for, out of the pair. However, having said that, the £140 is still a lot of money for a CPU cooler. 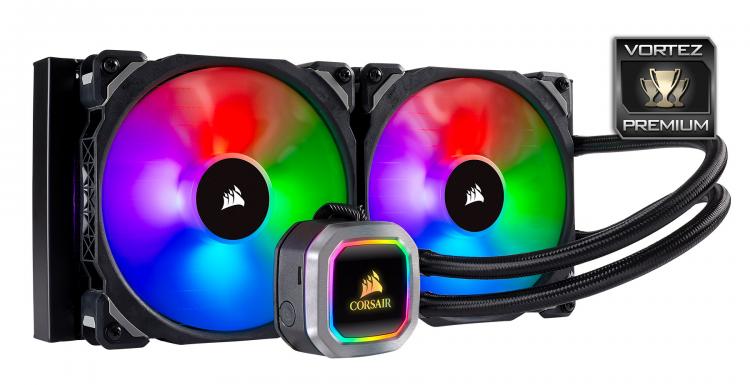 The H115i Platinum was there, or there abouts, with the top of the charts in acoustics and temperature tests, with epic RGB lighting to boot.