👤by Matthew Hodgson  Comments 📅11-02-20
Closer Look
New to the RGB PRO XT range of AIO coolers is the black pump enclosure. The CORSAIR logo is illuminated by four RGB LEDs with a further 12 flanking that around the perimeter.
The Micro-USB connection remains on the left edge, with the remaining connections appearing out of the top. 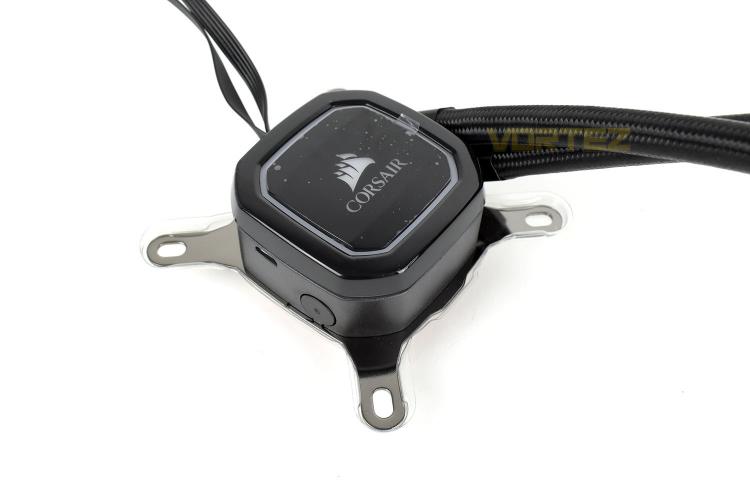 Measuring in at 55mm x 55mm, the copper coldplate arrives with a layer of pre-applied thermal paste and is suitable for use on Intel Core CPUs as well as Ryzen and Threadripper. 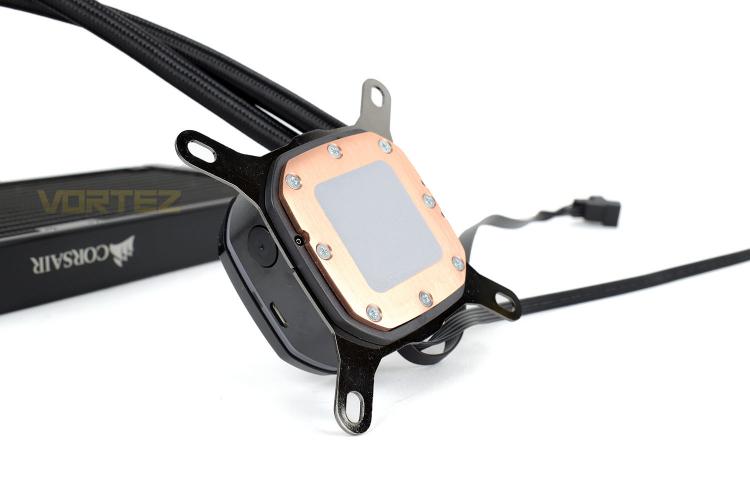 The cables that protrude out of the top of the pump housing are a pair of 4-pin PWM fan connections, a SATA power connector and a 3-pin fan connection to allow your motherboard to monitor pump speeds. 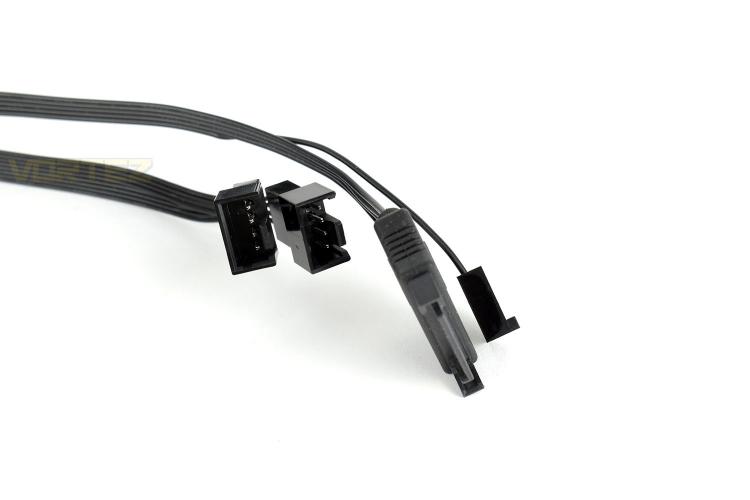 The 4-pin PWM ML140 fans sport an operating range between 400RPM and 2000RPM, but can also be stopped entirely if the loop temperatures remain under 40°C, relying entirely on passive heat dissipation. 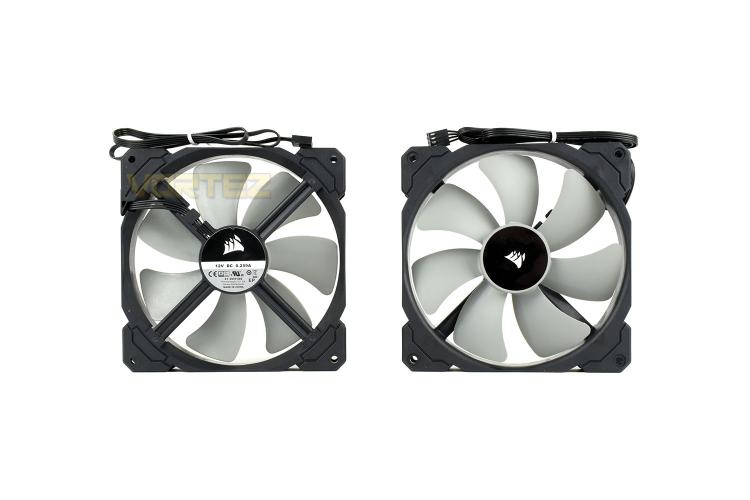 Utilising an all-aluminium construction, the radiator is tightly packed with cooling fins for optimal heat transfer. The radiators dimensions are 322mm x 137mm x 27mm (52mm with the fans installed). 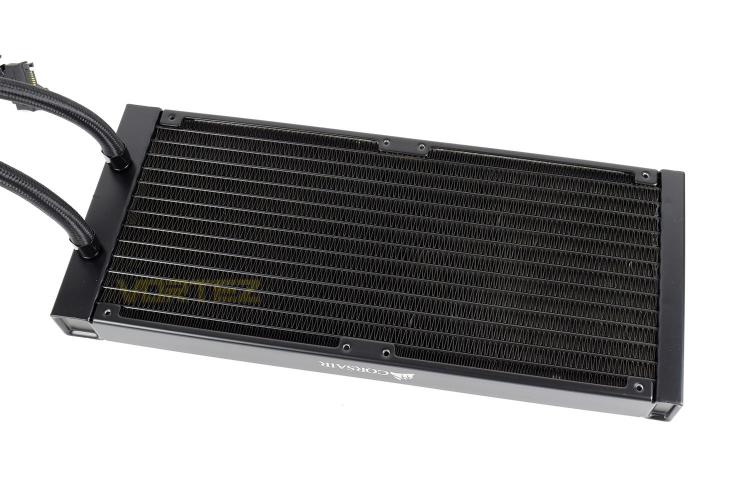 The two included ML140 fans are spaced slightly, leaving around 4-5mm between them allowing for better cable management. Each corner is also slightly counter-sunk so the screws sit flush with the fan housing; sometimes these millimetres can make a difference when fitting against a tall VRM heatsink or into a tight chassis so we appreciate CORSAIRs efforts here. 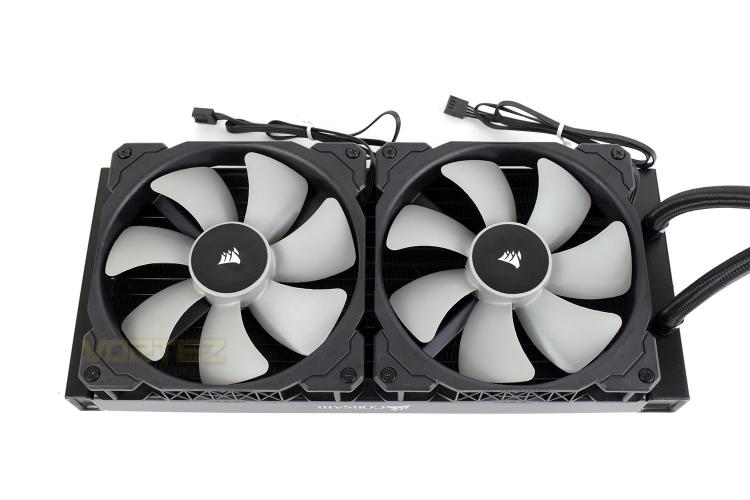