👤by Dave Worth  Comments 📅27-04-19
Performance Testing
The first thing that strikes us by the Iron Claw RGB Wireless, is it's sheer size, this is a mouse meant for people with big hands, which will be a problem if you're not used to bulky mice.

Even with the mouse being a gargantuan size the left side of it looks very cramped due to the additional 3 programmable buttons, however there is only one button that initially caused us trouble which is the middle of the 3 buttons that is facing upwards. By default this is set to be a sniper DPI toggle, we eventually figured out that the easiest way to use it is by rolling over it with the middle of your index finger. Unfortunately the button is too high to be used as a thumb button. 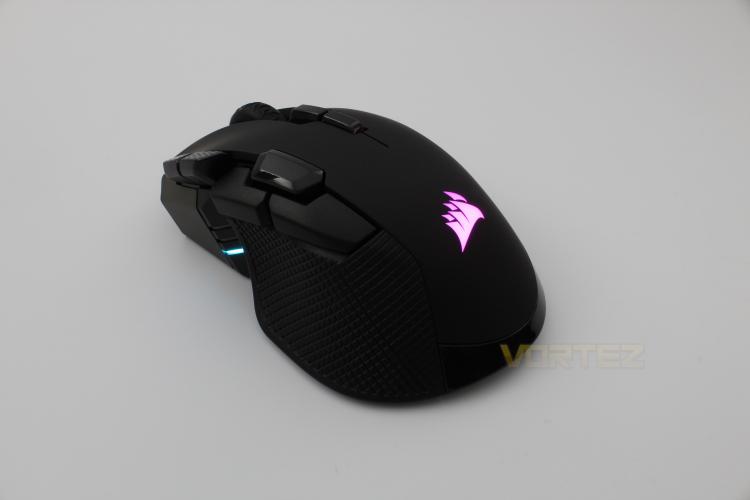 Despite the size & weight of the mouse it is surprisingly comfortable to use and we found that we suffered from no cramp issues which again surprised us with how close the thumb buttons are located to each other.

We found that even using the mouse on the 2.4GHz wireless setting didn't drain the battery much so it certainly seems that the battery life claims of up to 30 hours with RGB lighting enabled are spot on, we also used the mouse in wired mode for a while and found that even with the cable attached it doesn't affect the movement or overall usability of the mouse.

We did attempt to use the Bluetooth mode for gaming however the higher latency made it untenable for this use case, however if you will be using it for general usage, for example while travelling it will do the job.