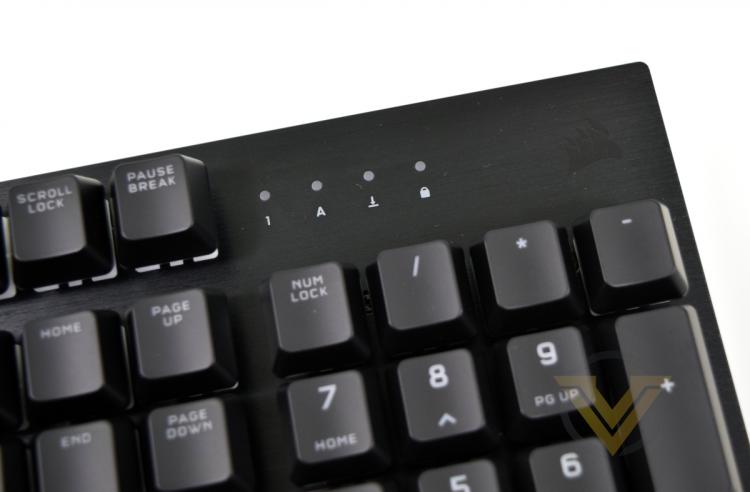 For the first time the top-right of a CORSAIR keyboard not adorned with media keys, not even a scrolling volume control. Prior full-size and tenkeyless models all included one or more, either as part of the lip at the top of the frame or between the lip and numberpad.

The keyboard does however incorporate four indicator LEDs recessed into the frame: Num Lock, Caps Lock, Scroll Lock and Windows Lock. This latter feature can be customised within iCUE settings, but by default simply disables the Windows key to prevent accidental gameplay interruptions. 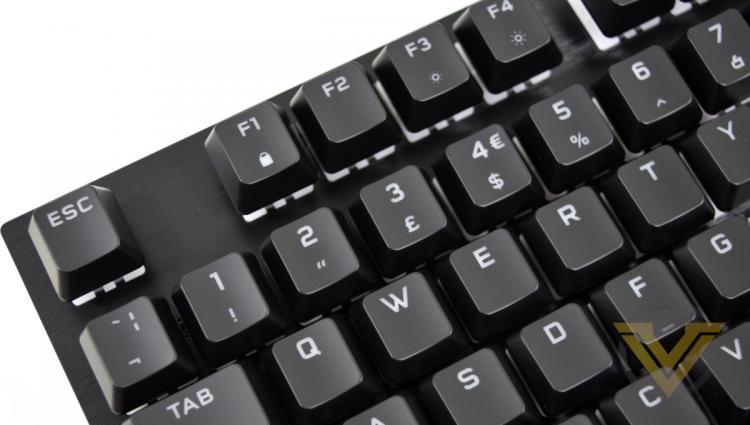 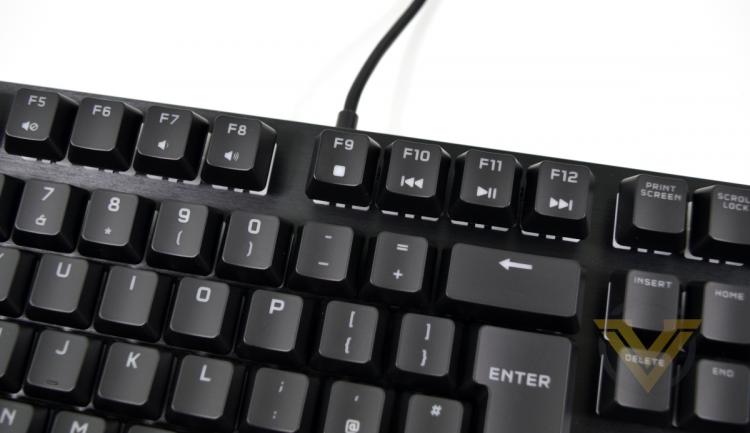 As previously indicated, the majority of the F-keys serve an alternative function. The modified by the FN Key (on the bottom row, next to the ALT GR key) the service to toggle the Windows lock, change the keyboard LED brightness, mute audio and otherwise perform the function of typical media keys. In the absence of dedicated keys for the role these offer a fair compromise. 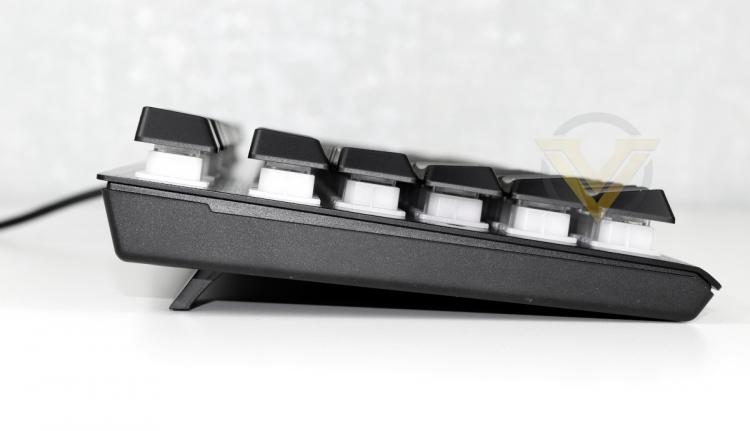 This angle shows two important aspects of the keyboard: the elevation offered by the collapsable feet, and the extent to which the switch housing is exposed by these keycaps. Typical CHERRY MX switch/keycap combinations expose 5mm of switch housing, whereas this combination shows off 7mm. The ideal is to expose more illuminated housing for LED underglow.

This level of exposure on the switch housing is reminiscent of the ROCCAT Vulcan Titan Switches, except with a opaque rather than clear housing. 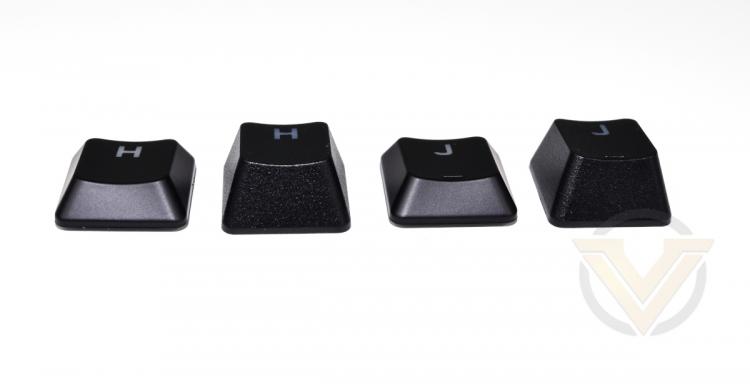 CORSAIR has opted to utilise low profile ABS keycaps that are roughly half the height of the typical, making the angle at which you type fractionally lower. Each keycap has a smooth finish, and the character is laser etched into the keycap to allow light to glow from above. The typeface used is identical to the K100 RGB and a revision from their prior keyboard generation.