👤by Matthew Hodgson  Comments 📅18-07-18
Closer Look (Continued)
The Cherry MX Speed is the lightest switch Cherry offer, with the shortest actuation point for those millisecond gains against your opponents. 1.2mm of travel is all it takes, with an actuation force of only 45cN. The stem on the Speed switch is a light grey/silver. 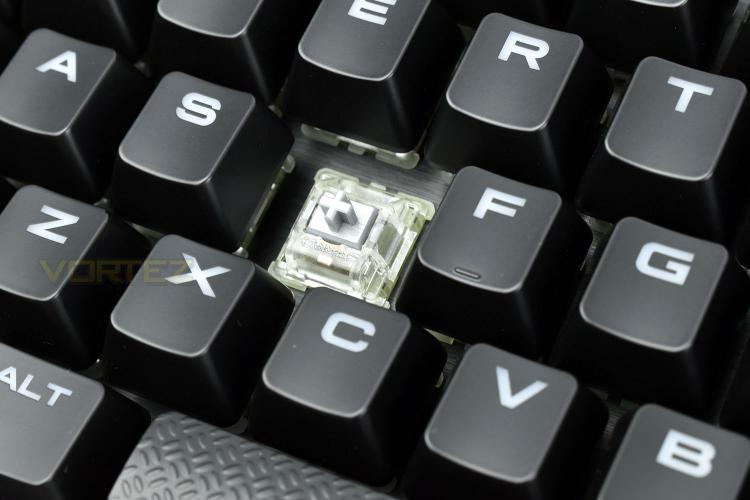 Starting with the media controls in the top-right, the volume roller and mute button remain the same, with a joyous feel to the roller; theres almost no resistance but a feel of absolute sturdiness. Theres simply no better way to adjust the volume than this.

Directly underneath are the media keys, with Stop, Backwards, Play/Pause and Forwards. Previously these keys were shorter and more difficult to see when using the keyboard from a typical position. Corsair have now raised these keys up to make them more visible. 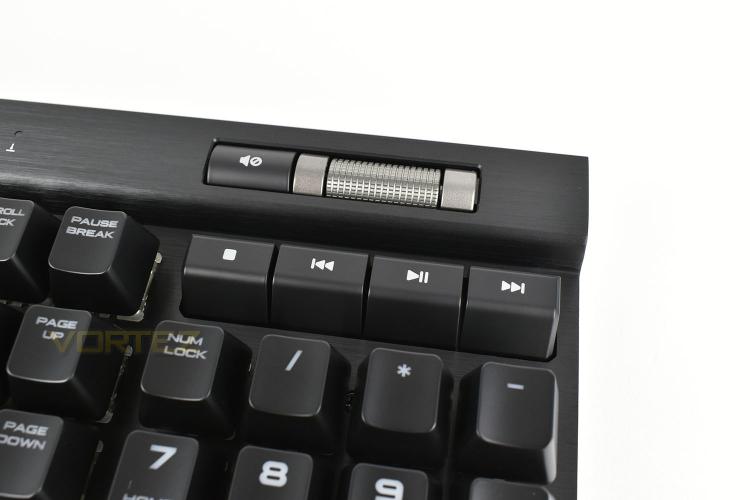 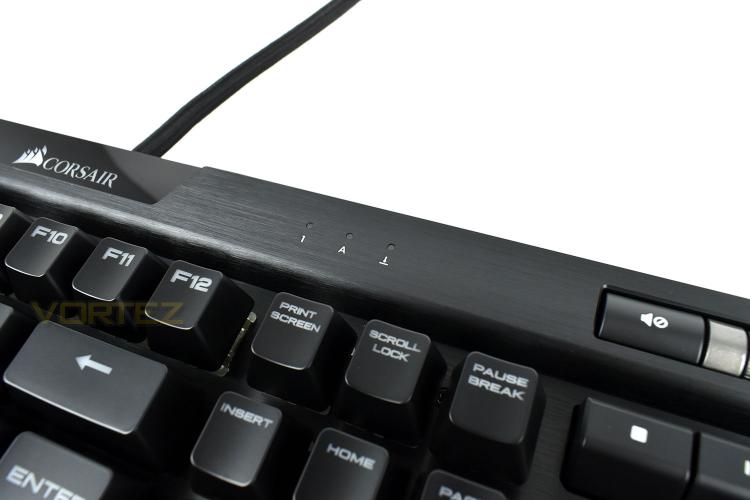 Weve saw a couple of different iterations of the Corsair logo on the K70 through the years but now theyve added two-zone RGB backlighting, for added flair and appeal.

Staying with the top row once more, we find a cluster of three small buttons on the left, one is a dedicated profile switch button, which has been absent from previous K70 keyboards and something Tim Harmer mentioned in his review of the K70.
Theres also a backlight brightness toggle and a lock key for use while gaming to prevent accidental keypresses. 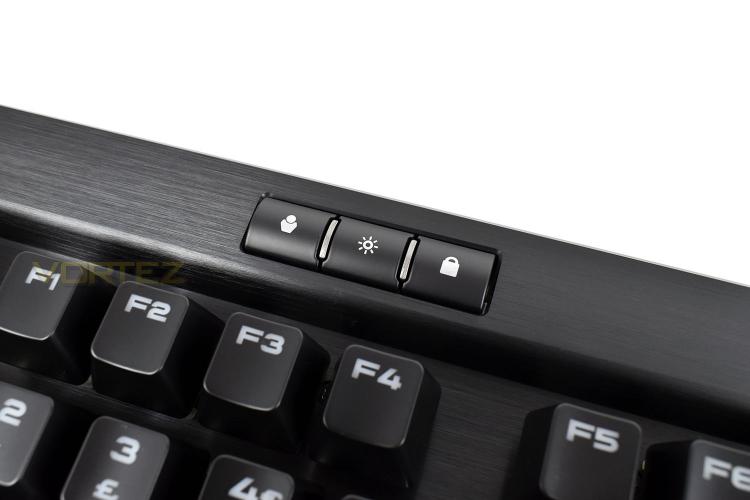