👤by Matthew Hodgson  Comments 📅28-09-21
Closer Look
Since its introduction in 2011, with the CORSAIR M60, the shape of CORSAIRs flagship FPS mouse hasnt changed much at all, with incremental upgrades culminating in a highly-regarded gaming mouse.

Measuring in at 117mm long, 39mm tall and 77mm wide, this is definitely an average sized mouse, carefully designed to fit the majority of users comfortably. 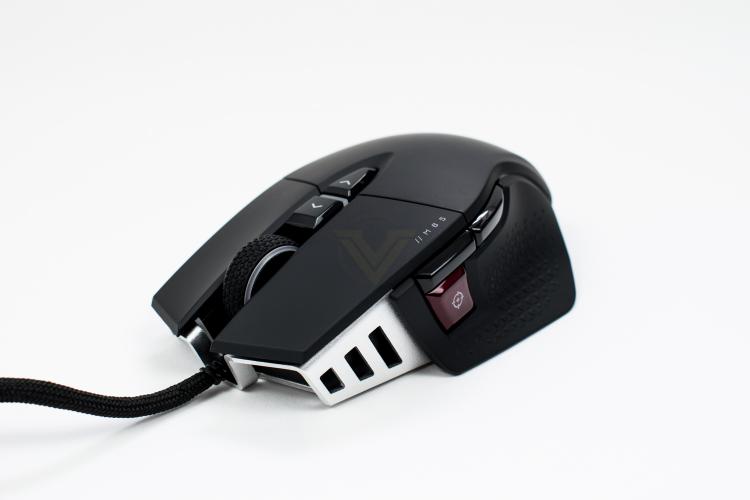 On the left side of the mouse, CORSAIR have added a tactical grip to ensure confident handling, handy for those who get sweaty hands while gaming. Theres also the instantly recognisable Sniper Button, this button, while depressed, lowers the sensitivity of the mouse to a preset level to allow finer mouse control, ultimately bringing about a more accurate shot for those sweet sweet headshots.

Hiding under the two main mouse buttons are OMRON switches, some of the best in the industry, with a crisp actuation and very respectable lifespan of 20 million clicks. Adding to the responsiveness of the switches is CORSAIRs QUICKSTRIKE technology, which uses a downward spring loaded force to pre-tension the switch, eliminating the tiny gap between the switch and the lever above it. Further to that, rather than waiting on slow metal contacts, the M65 RGB ULTRA has been equipped with optical switches, removing microseconds from your button press, but with an 8000Hz polling rate on the wired model, every microsecond counts. 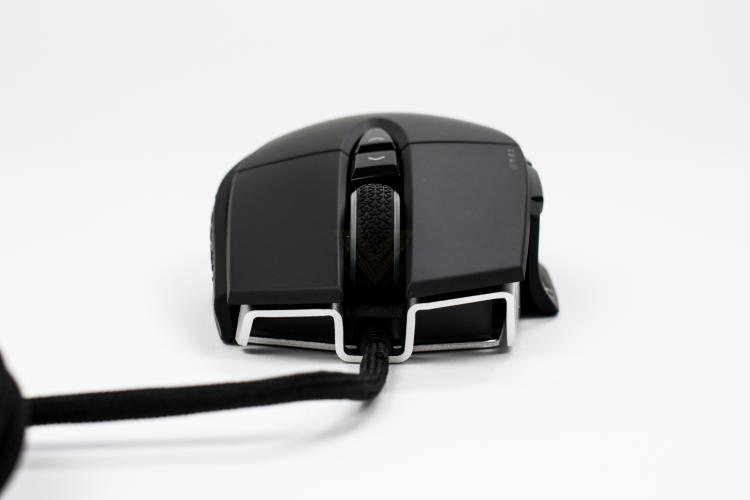 On top of the mouse is a pair of programmable buttons, with the default action being to switch the DPI on the fly, but with the Sniper Button on the left, these can easily be repurposed to provide more frequently used actions. 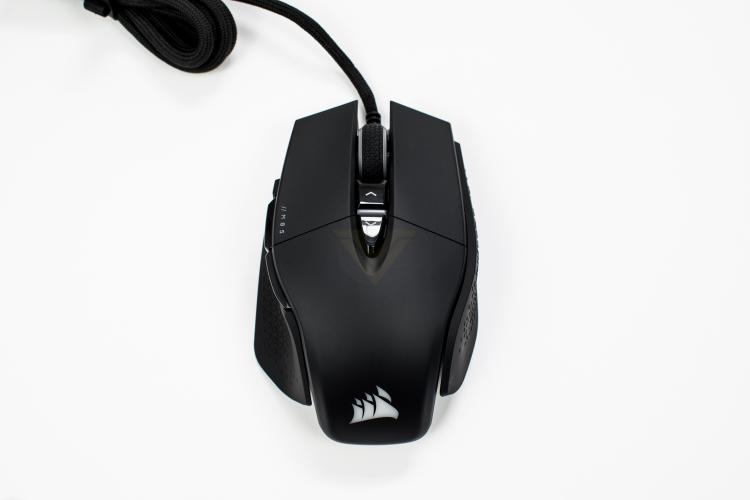 Sprouting out of the front of the mouse is a 1.8M USB cable featuring a thick braid. The cable presents very little in the way of resistance to bending which should come in very handy while gaming; there can be nothing worse than the cable pushing back so you dont quite pull off the shot! 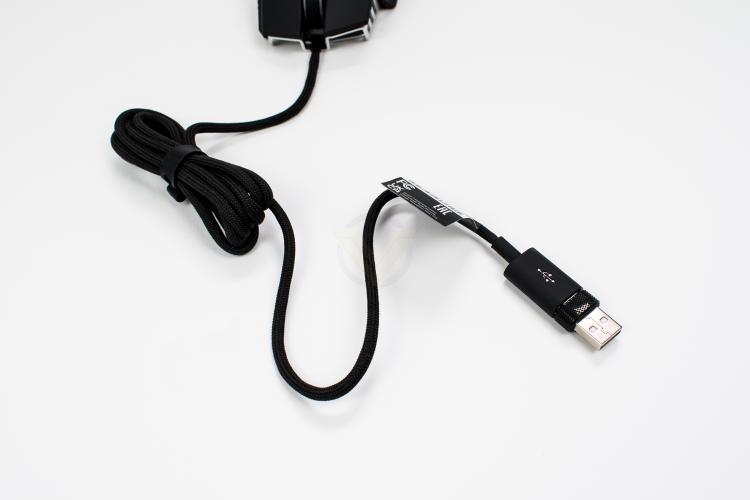 On the underside there are four PTFE pads and three circular recessed sections where the weights can be screwed in to adjust the feel and balance of the mouse, depending on which ones you populate. The empty mouse tips the scales at 97g, but adding in all three weights brings this up to 115g, or 6g each. 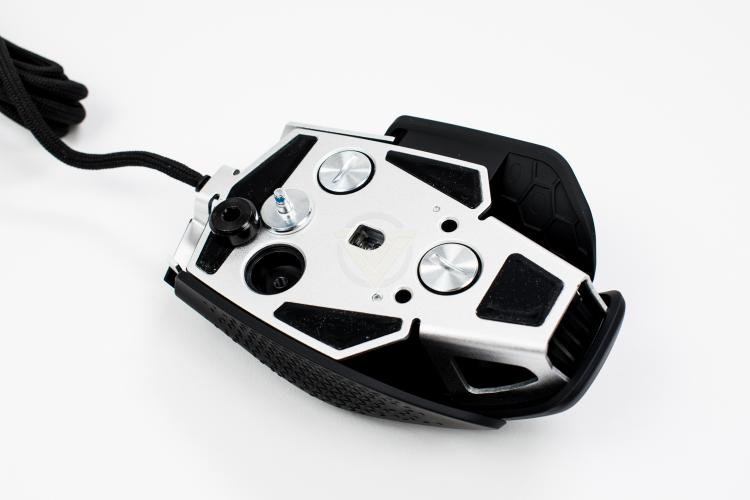 The wireless version shares the same chassis and design as the wired version, save for being 13g heavier and lacking the wire, obviously. Another small alteration is the absence of an RGB zone on the scroll wheel as a power-saving technique.
The front of the mouse houses a USB Type-C connection for charging the device, or operating in wired mode if you wish. 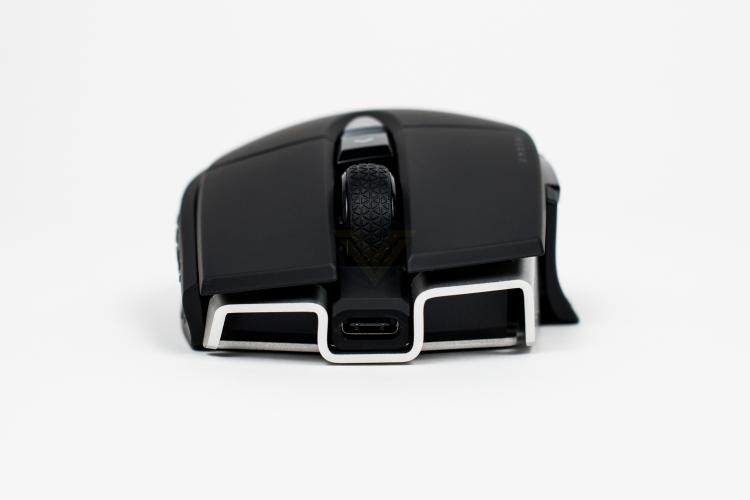 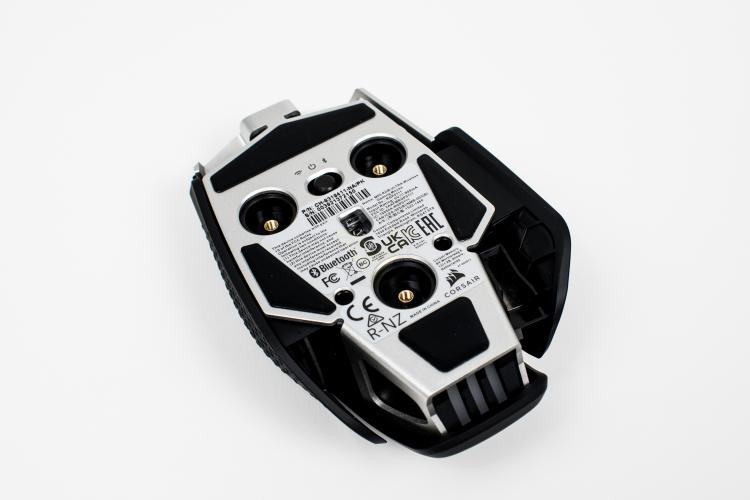