We have a double-header of peripheral reviews today as both the CORSAIR K70 RGB TKL and SABRE RGB PRO are launching as part of the Champion Series of gaming peripherals. [url=]Click here[/url] for our coverage of the K70 RGB TKL.

Just like the KATAR before it, the CORSAIR SABRE family of mice is receiving a major revamp through a new PRO variant, updating all aspects of the design from sensor through to the chassis. In this instance the update slides it into a budding selection theyre calling the Champion Series, a lineup of peripherals which is developed with a distinct focus on competitive gaming and esports, while continuing to offer consumer-grade features and pricing.

After the KATAR PRO XT and PRO Wireless had somewhat mixed reception we were eager to give the SABRE RGB PRO a thorough going over. Like the KATAR PRO it boasts an ultra-lightweight mass (although definitions of ultra-lightweight are an imprecise yardstick at best), but a more conventional size and shape will mark it out for mainstream audiences. Beyond that, its also their first mouse to incorporate the new AXON processor for up-to 8000Hz USB polling and maintains overall component quality thanks to OMRON switches and a semi-custom PixArt 3392 18,000 dpi optical sensor. 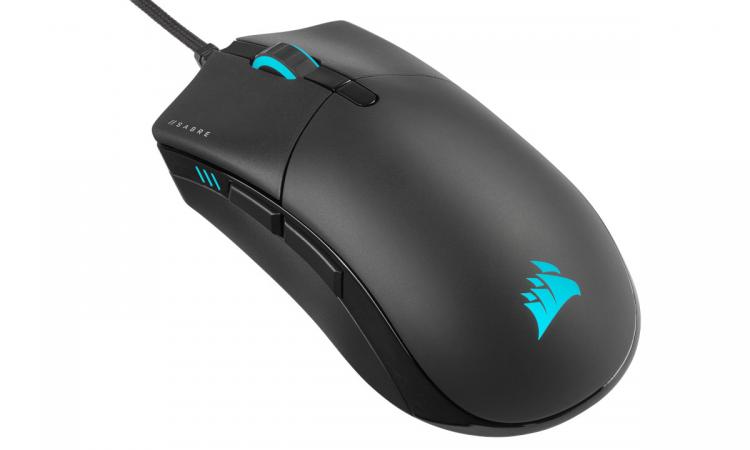 Augmenting the OMRON switches for a crisp action on the main buttons is QUICKSTRIKE, which zeros the gap between button and underlying switch for a fast and quick action. QUICKSTRIKE was an excellent feature on the KATAR PRO XT and an aspect we expect to complement the SABRE PRO series well.

CORSAIR iCUE support continues to be a significant feature pillar for the SABRE RGB PRO, controlling both lighting and major device settings in one unified software package for their whole peripheral range. The mouse incorporates two custom RGB zones and a further RGB DPI indicator, pushing it beyond the mere afterthought treatment received on other gaming mice.

The SABRE PRO and SABRE RGB PRO will be entering an extremely competitive gaming mouse market at a <$50 MSRP. Theyre cheaper than the Razer Deathadder, and competitive with the Logitech G 305, Xtrfy M4, Steelseries 310 Optical and Glorious Model D. Theyll have their work cut out taking the fight to established names and the recent wave of Ultralight rodents that can slide in at under 70g.

About The SABRE RGB PRO

The CORSAIR SABRE RGB PRO CHAMPION SERIES Gaming Mouse is designed for and tested by esports pros, weighing an ultra-light 74g and equipped with a drag-reducing flexible paracord cable for responsive, unhindered movements. CORSAIR QUICKSTRIKE Buttons ensure every click is immediate and responsive, while CORSAIR AXON hyper-processing technology delivers inputs to your PC up to 8x faster with 8,000Hz hyper-polling. The SABRE RGB PRO is equipped with an 18,000 DPI optical sensor customisable in single-DPI steps, with a DPI button to cycle though five presets on-the-fly. Finished with high-quality materials such as 50 million click-rated OMRON switches and 100% PTFE glide pads, the SABRE RGB PRO cuts through the competition,

The SABRE RGB PRO is the first mouse to launch with the next generation of iCUE software featuring a brand-new UI that makes it easier than ever to take advantage of the softwares powerful features to program your mouse and synchronise your setups RGB lighting effects.

There are currently 1020 user(s) online:
Google