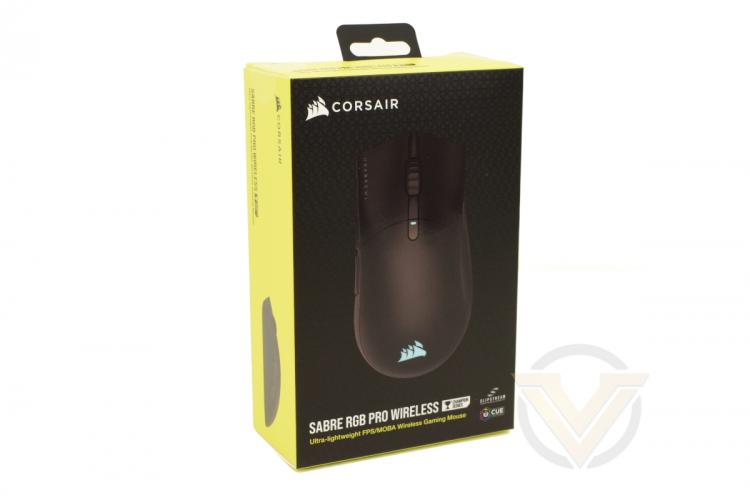 Packaging for the SABRE RGB PRO WIRELESS is almost identical to that of the non-wireless model from the front at least. You dont get a lot of information on the features of this model however - not even Bluetooth support is mentioned here - which somewhat undersells the design.

CORSAIR SLIPSTREAM and iCUE are both subtly called out but aside from those technologies the only major feature highlighted is the mouses lightweight nature. Theres more however on the back. 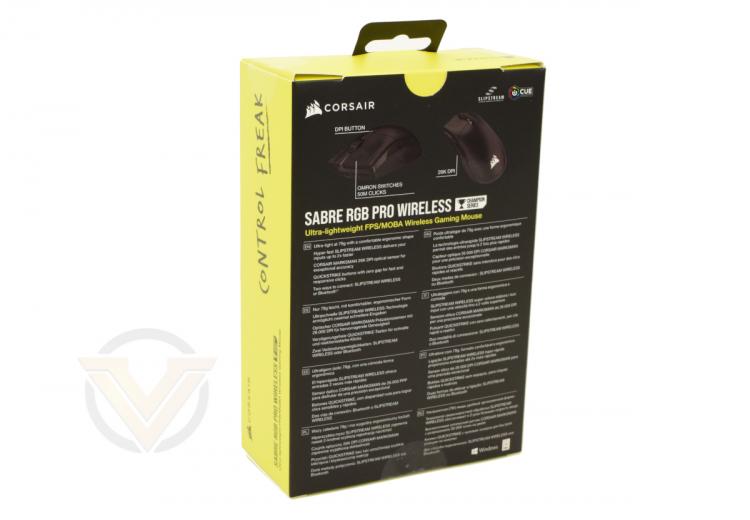 OMRON switches and the 26K DPI optical sensor are the two headlines on the rear packaging, while a handful more are also listed just below. Inferred rather than stated outright is that the SABRE RGB PRO WIRELESS is a rechargeable mouse with integrated battery, even the fact that it connects with a USB-A to USB-C cable goes unmentioned.

Given how important it can be to many consumers, its curious that CORSAIR dont highlight the expected battery life of the mouse. While up-to 90 hours on Bluetooth (or much less with SLIPSTREAM) might not be much to boast about, its still important information to convey.

CORSAIR relies on a set of four icons on the packaging base to indicate whats inside rather than itemising its contents: the mouse, a compact USB receiver, cable and documentation. At no point do they mention what sort of a cable it is.

The majority of the packaging is cardboard and (in theory) recyclable plastics, but we wouldnt be against seeing the elimination of single-use plastics like those surrounding the USB connectors. 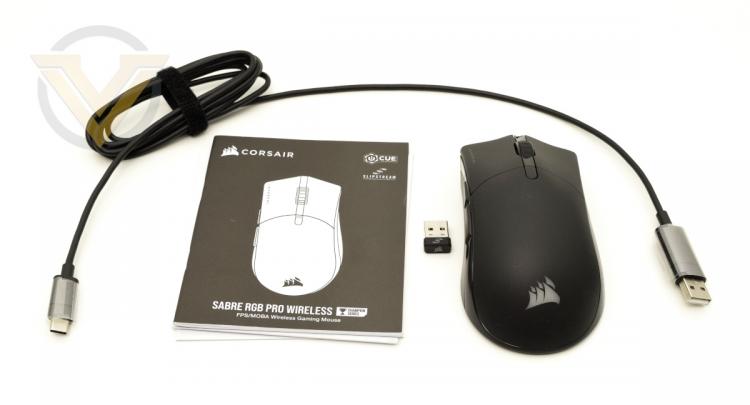 And heres our first look at the SABRE RGB PRO WIRELESS and included accessories.

The documentation includes a fairly detailed instruction manual that lays out how to get started with the mouse and takes you around its key physical attributes. Alongside it is the obligatory warranty guide in plenty of languages.

CORSAIR are continuing to divert information from packaging and onto the official product website, which in of itself its too much of an issue on a product like this. They could come unstuck on more complex devices however, or simply by omitting information that is implied to be present but not confirmed outright.

There are currently 333 user(s) online:
Google